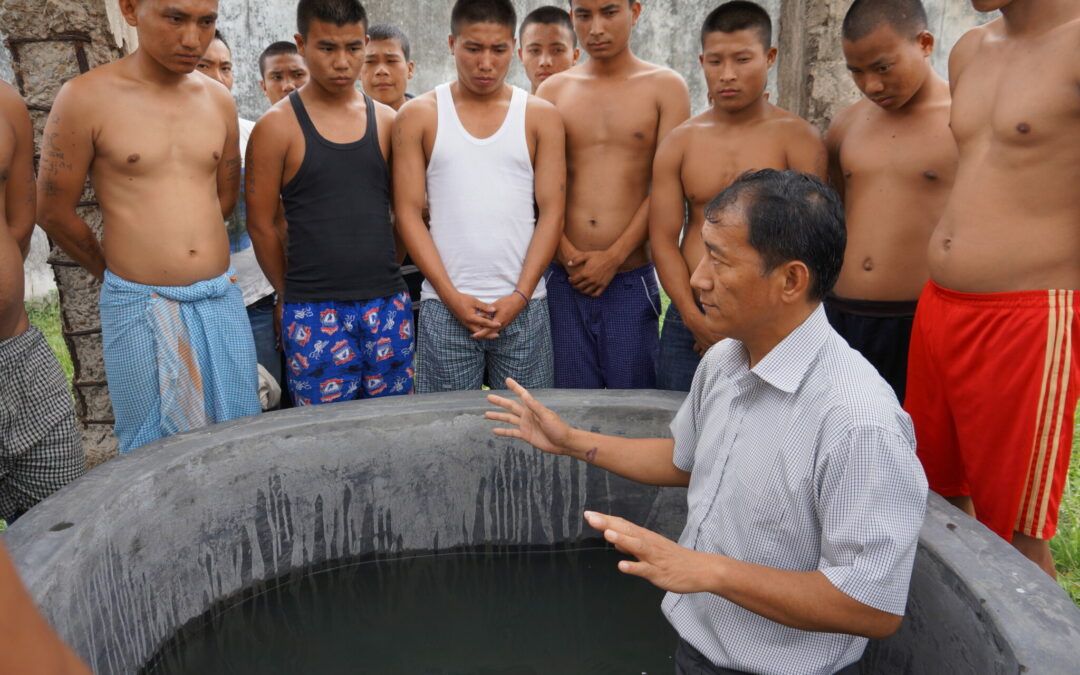 This year, four of Crossroads’ extension centers are celebrating significant ministry milestones: Sierra Leone, India, Nicaragua, and Australia. Thanks to our generous supporters, these ministries have been faithfully serving and loving people in prison for a combined fifty-five years.

10 Years of Ministry in Sierra Leone and India 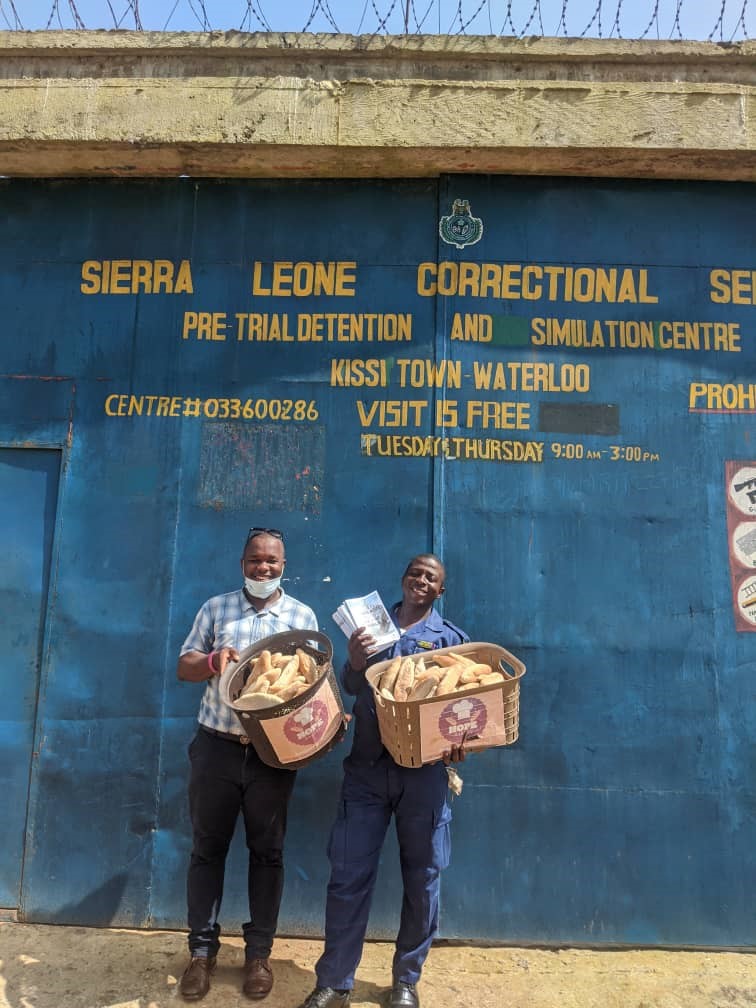 Crossroads Sierra Leone currently serves in four prisons throughout the country, two of which are juvenile facilities. Over the past ten years, 1,200 students have graduated from the Crossroads program.

Director Lahai Kargbo told us, “It has been great watching God bring many to the saving knowledge of Jesus Christ and closer to Himself through Crossroads Sierra Leone for the past ten years in ministry.”

Lahai has been leading Crossroads Sierra Leone since he was nineteen. In the nation with the fifth-lowest life expectancy, he has seen the ministry through many trials, including devastating mudslides and outbreaks of cholera, Ebola, and COVID-19 that left many students orphaned. Many young Crossroads students reenter society with no place to go, but under Lahai’s leadership, they receive reentry support.

“We’ve had to go out on faith many times, but God has never failed us. We are blessed to be celebrating ten years. God is good!” said Lahai.

Crossroads India is also celebrating its tenth anniversary this year. This extension center was started by Mathotmi Vasha, a national missionary with the Manipur Baptist Convention. For many years, through ongoing positive relationships with the local prison authorities, Mathotmi and his team provided the Crossroads courses to men and women in prisons throughout Northeast India.

In 2019, the regional prison director they had been working with was transferred and replaced by someone hostile to Christianity. Still passionate about incarcerated people in India, Mathotmi and his team have shifted to reentry ministry, focusing their efforts on caring for the families of their students. They are eager for the day they can return to the prisons, and we pray alongside them that the hearts of the prison authorities will be softened.

15 Years of Ministry in Nicaragua 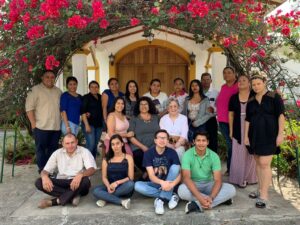 In 2007, missionary Emerson Wilson established Crossroads Nicaragua. Emerson had met his wife, Martina, a decade prior while leading a sports ministry through Young Life. After several years of working together in youth ministry, Emerson felt the call to serve people in prison and invited Martina to join him.

After several years of ministering together inside prisons in Matagalpa and Estelí, Emerson was introduced to Crossroads through a short-term missionary group that visited their church plant. Since starting its ministry, Crossroads Nicaragua has averaged around two dozen active students each year and has maintained a nearly one-to-one ratio between students and mentors. After Emerson passed away in 2018, Martina took over as director of Crossroads Nicaragua.

While the pandemic has limited the team’s access to the prisons in Nicaragua, Martina and her team have been working hard to equip mentors and church leaders to serve incarcerated men and women once the doors reopen.

20 Years of Ministry in Australia

Crossroads Australia is the second extension center to hit its twenty-year milestone. Two decades ago, missionaries Bob and Anne Bruinsma were inspired by an ad in a periodical, The Banner, to begin ministering to men and women in a nearby prison. Three years after starting Crossroads at their local facility, Bob and Anne drove their van across the country to promote Crossroads at every prison. Since its foundation, Crossroads Australia has been committed to expanding its reach across the South Pacific and sharing the Gospel with men and women behind bars in their region. In the last twenty years, they have established and facilitated ministry in the Solomon Islands, Fiji, Tonga, and Papua New Guinea. They were also instrumental in the launch and establishment of Crossroads New Zealand, helping it become a self-sustaining ministry in 2006. 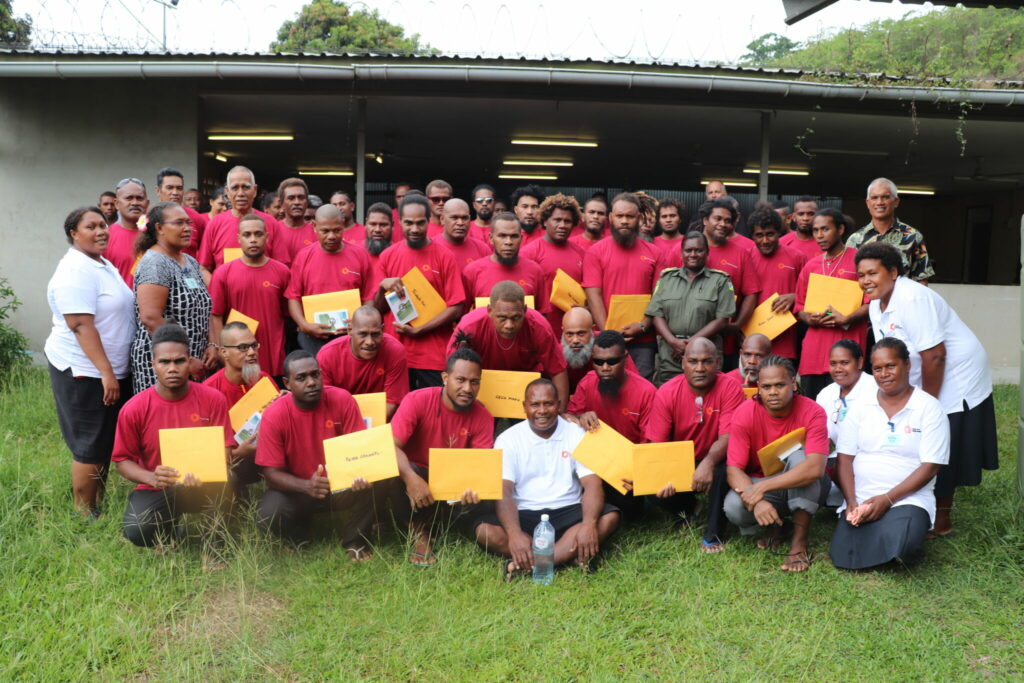 Crossroads students in the Solomon Islands.

“From a handful of lessons in 2002 to 4,600-plus lessons last year, from filing cards in the living room to a spacious office with networked computers, what began as a mentor team of five has grown into a team of five hundred serving more than one hundred prisons across Australia and the South Pacific,” said Jack Simpson, Crossroads Australia’s office manager. “The journey has been challenging but wonderfully exciting. We give glory to God. There is much rejoicing over every student who is changed by the Word. We are so blessed to be involved in their journeys.”