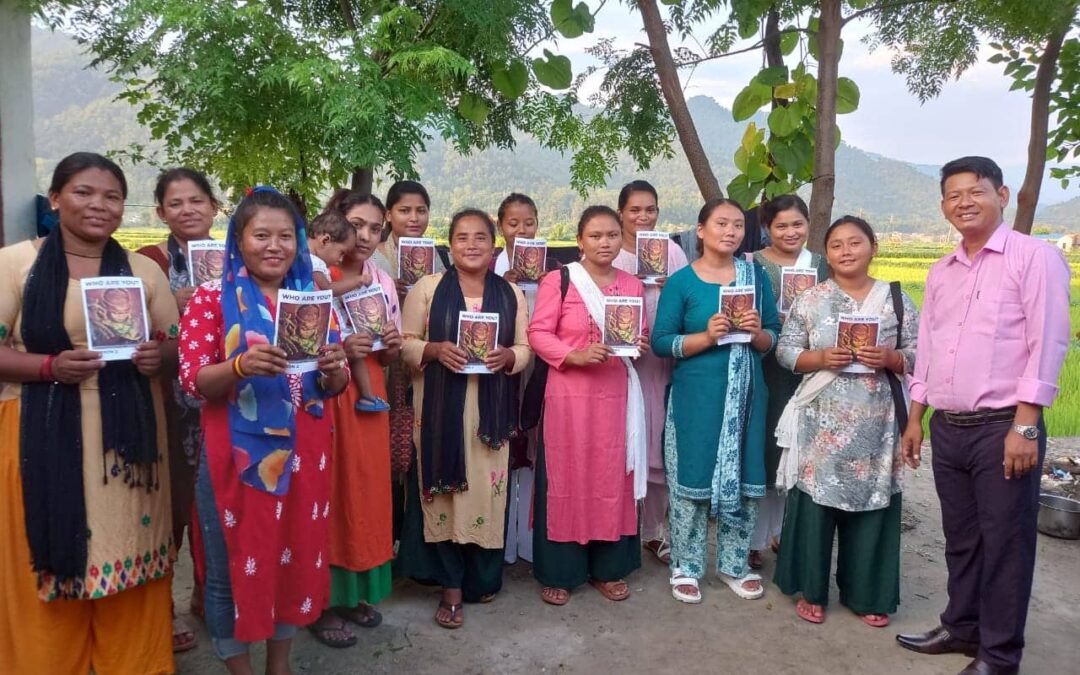 Ministry is at the core of Dhan Lama’s family life.

“I was born in a Buddhist family, but when I was two years old, my family accepted Jesus,” he said.

His parents sent him to a missionary school for ten years, where he accepted Christ and was baptized at fourteen. “I am now forty-three years old and have been preaching the Gospel full-time for over twenty-five years,” said Dhan.

Dhan is joined in ministry by his dad, brother, brother-in-law, wife, and three daughters. “Our whole family is working together to preach God’s Kingdom,” he shared.

Dhan’s call to serve people in the Nepali prison system grew from seeing the experiences of his brother and brother-in-law, who both spent time in prison. Through his interactions with them, Dhan realized the incredible need for the hope and love of Jesus to be made known in the nation’s prisons.

In 2017, Nepal’s parliament passed anti-conversion laws that made ministry efforts challenging for his family, but Dhan says that things are getting better. In 2020, they were able to return to the prison centers to bring food, clothing, and Bibles as they preached the Gospel to the men and women living there. It was at this time that Dhan founded Crossroads Nepal under the guidance of Paul Tan, the regional director of Crossroads Asia.

“He shared with me about the ministry, and I was very excited,” Dhan said. 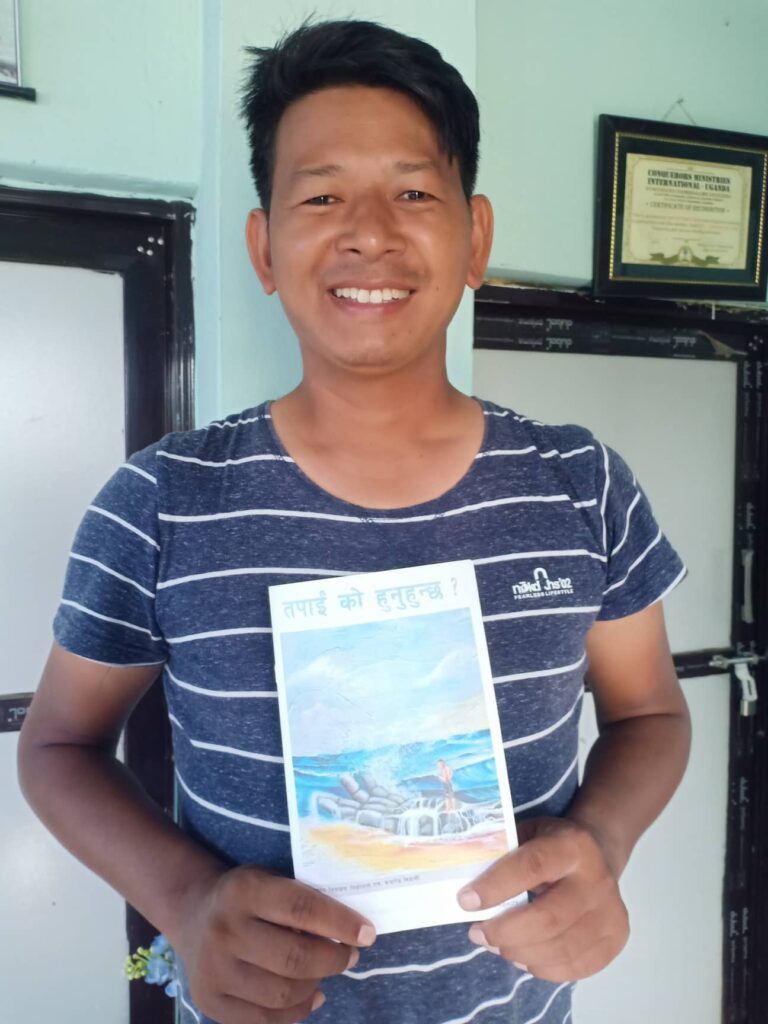 Pastor Dhan Lama with one of the first Crossroads lessons printed in Nepali.

Eager to begin using Crossroads’ materials, Dhan recruited volunteers to translate and facilitate group studies using the English lessons. “[In] some prison centers or villages, we find an English speaker who can help translate,” he said. “They aren’t very good at English, but they can understand and translate.”

When the pandemic hit, Dhan and his team began visiting nearby villages and the families of those who had been released. “Many people have come to God, and we are using the curriculum to change lives,” Dhan reported.

As they go from village to village preaching the Gospel, Dhan and his team are introduced to people who are awaiting trial and family members of men and women who are incarcerated. “Immediately, we reach out to them,” he said. “We talk with, pray, motivate, and encourage them and their family. We invite them to fellowship and Bible study.”

This spring, Crossroads Nepal placed their first materials order for 250 sets of Who Are You? lessons in the Nepali language.

“We are very excited to get these materials,” he said. “In Nepal, most pastors and believers can’t read English because they aren’t going to school.”

Dhan explained that having these lessons will make it easier for more people to do the studies and to distribute them without needing a translator.

Because the majority of Nepal’s population does not speak English, having Crossroads courses in Nepali will open doors for even more volunteers to become mentors and to continue growing the ministry’s reach.

After attending a ministry conference, more than two hundred churches expressed interest in partnering with Crossroads Nepal to help reach men and women in their prison system.

“Right now, there are seventy-four prison centers, and we are reaching twenty-one,” Dhan told us.

With over one hundred volunteers and pastors who are hosting Bible studies and preaching the Gospel in these centers weekly to over three hundred students, Dhan is hopeful that they will be able to continue to expand their ministry into all seventy-four centers.

“We want to see everyone accept Jesus and transform their lives as in the Bible,” he declared. “I want to reach all the people in prison with the Gospel of Jesus Christ and see their lives changed. And I do believe that one day Nepal will be [transformed] through this ministry.”