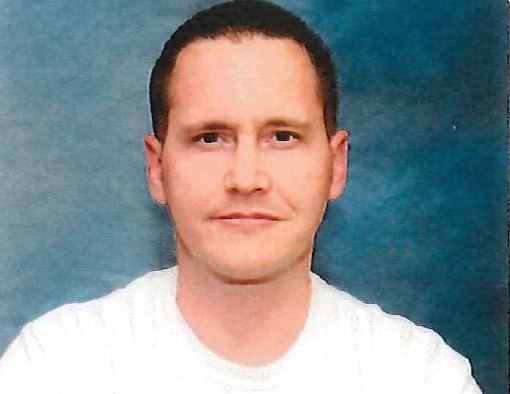 Erik gripped the wheel, his mind racing, and willed himself to continue driving. His destination: the police station. He had decided to turn himself in.

“I was so embarrassed and ashamed of myself,” Erik recalls. “The whole drive to the police station, I thought about how I might kill myself. I didn’t have the nerve to do that, but I still wished for death.”

Despite his best efforts to keep his misdeeds hidden, his wife had started to become suspicious.

“I didn’t even think about lying to her,” he says. “When she confronted me, I confessed everything. When I left the house to turn myself in that night, I knew that I would probably never see my wife and kids again.”

As he waited to be sentenced, Erik considered turning to God for help.

“Part of me was in rebellion toward God. I thought that since I made it this far without God in my life, surely I didn’t need Him now,” he remembers. “Then I came to a point that I wanted to seek God, but I was so ashamed. How could He possibly want anything to do with me after all of the terrible things that I have done?”

Erik’s new reality in prison gave him all the time in the world to agonize over the consequences of his actions. The realization that his family was undoubtedly experiencing even greater pain than his consumed him.

“It was difficult for me to process the pain and anguish I had caused my family. My sinful and selfish behavior hurt those who loved me and depended on me,” Erik says. “I wished that someone would just put me out of my misery.”

The guilt was so overwhelming that suicidal thoughts began to flood his mind again. He decided to try talking to a chaplain. The chaplain urged Erik to talk to God, assuring him that He always listens to sincere, contrite prayers. So Erik returned to his cell, fell to his knees and began to pray.

“When I started to pray, the tears came like a burst-open dam,” he recalls. “I told God that I was sorry for how I had been living my life and that I wanted to change—I wanted to live a life that brings glory to Him, but I was a long way from that and needed help.”

After ending his prayer, Erik felt a sense of peace. He knew that making big life changes would take hard work and a lot of time, but he decided this would be the perfect time to start.

“I tried to be positive and looked at [prison] as an opportunity to get better acquainted with God and to get myself together mentally and spiritually,” he says.

Soon he discovered a group of guys who met regularly to study the Bible.

“There was something different about these men that I had never experienced before,” Erik says. “They were all genuine in their faith and knew more about God and the Bible than anyone I had ever met.”

To supplement what he was learning in the Bible study group, Erik signed up for the Crossroads Prison Ministries mentorship program. He recently began his first Tier 2 course.

“I would like to thank everyone at Crossroads for all of their support,” Erik says. “Through your encouragement and mentorship, I continue to grow in my faith and understanding of God. The coursework gives me another way to keep my mind on God and off the daily surroundings of prison.”

Although turning himself in was the hardest thing he’s ever done, Erik now sees God’s purpose for him in this situation.

“Though I wish that it didn’t take such extreme circumstances for me to turn to God, I am grateful for all that I have in Him now,” says Erik. “I am not ignorant to think that the road ahead of me will be easy to travel. What I do know is that I have hope for the future and I have comfort, love and forgiveness in God’s Word. I am confident that God can and will be able to use me in a capacity that brings glory to Him.”

Will you share the life-changing hope of the Gospel with men and women in prison? Sign up to be a Crossroads mentor.