God Met Him in the Loneliness of a Prison Cell 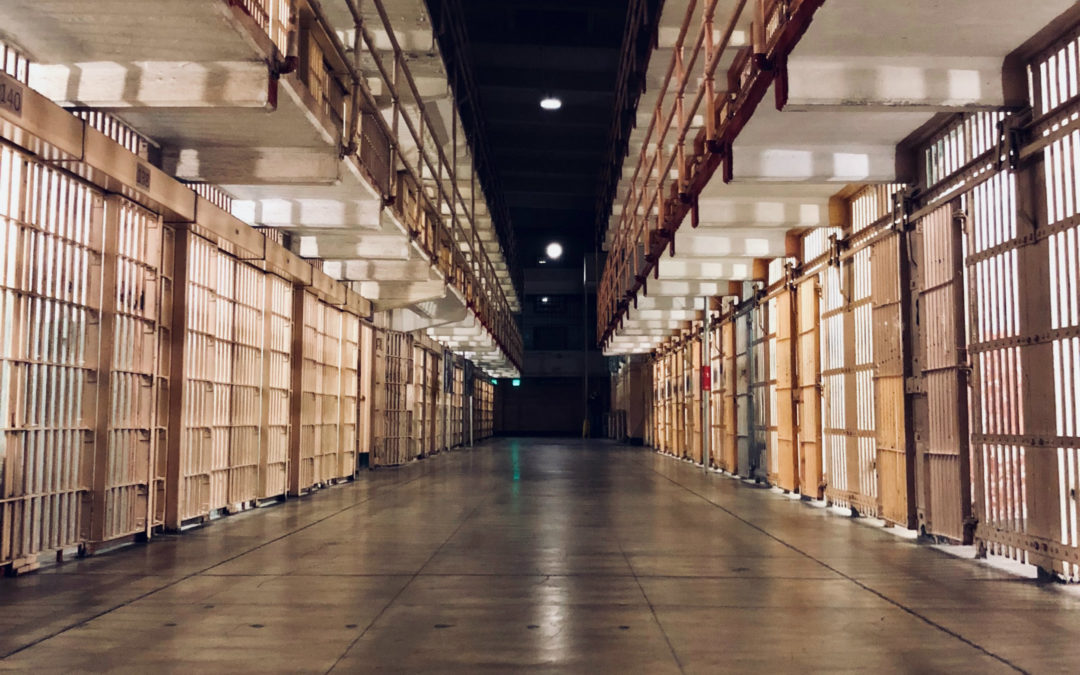 Solomon’s earliest memory is stopping his father from strangling his mother to death. He was three and a half years old.

He managed to distract his father long enough to allow his mother to flee to a neighbor’s house and call the police. However, his father was acquitted of all charges.

His father continued to abuse his mother, and Solomon continued to intervene, taking the beatings instead. After several years, Solomon decided he’d had enough. The next time his father began strangling his mother, he attacked his father with a knife. His father survived, but he never laid a hand on either of them again.

Solomon was nine when his father passed away from a heart attack. “I refused to go to his funeral,” Solomon says. “I think that’s when my rebelliousness started.”

Ironically, Solomon learned what marijuana looks like and how to identify dealers from police officers who gave a presentation at his school about the dangers of drugs. A few weeks after the presentation, he spotted a dealer at a shopping center and made his first purchase.

His marijuana use led to more drug use as he desperately tried to fill the void in his life. Eventually, he began selling drugs until he was arrested for selling LSD.

While awaiting his sentence, he met a woman who told him about Jesus. “It became clear to me that only God can help me and keep me safe if I had to go to prison,” says Solomon. “So I gave my heart to the Lord for the first time.” He served his two-year sentence and returned to his mother’s home after his release.

“Then the worst thing in my life happened. My mother passed away from a brain hemorrhage due to all the beatings she received from my father,” Solomon says. “All the hatred came back, all the anger came back, and I turned my back to God and to Jesus.”

As he turned away from God, he turned toward cocaine and heroin. Over the years, he tried a variety of ventures to pay for his habits—from trafficking prostitutes to growing marijuana with a friend—until he decided to go into the very lucrative diamond trade.

“At first, my wife promised she would stand by me,” Solomon remembers. “But she couldn’t. She divorced me two days after our anniversary.”

Solomon spent the next nine years in prison completely alone, with no family left and no true friends.

“It’s been a lonely walk. One can’t get used to the loneliness and sorrow,” Solomon says. “That is, until recently, when I gave my life back to our Lord Jesus. It took a long time for me to realize that only God would be able to heal my broken heart, rid me of addiction and give me a new family with God as our Father.”

Solomon signed up to study the Bible through Crossroads South Africa. Through the extension center in South Africa, Crossroads volunteers, led by field worker Arie van der Kruk, personally visit the prisons to bring Bible study lessons to students. Thanks to this fellowship with other believers and the knowledge that he is part of the worldwide family of God, Solomon no longer feels alone.

“I want to thank Crossroads, Pastor Arie and my mentors for the effort they put in to bring me closer to God,” Solomon says.

Solomon looks forward to being released one day, excited to work for the Lord instead of working to accomplish his own desires. “The Lord Jesus has saved me from deep darkness,” he says. “He will restore me to become a productive member of society and an instrument in His ministry, ready to join the battle to win souls for the Kingdom of God!”

Your financial support enables Crossroads leaders around the world to share God’s Word and Christian fellowship with students like Solomon. You can make a donation here.