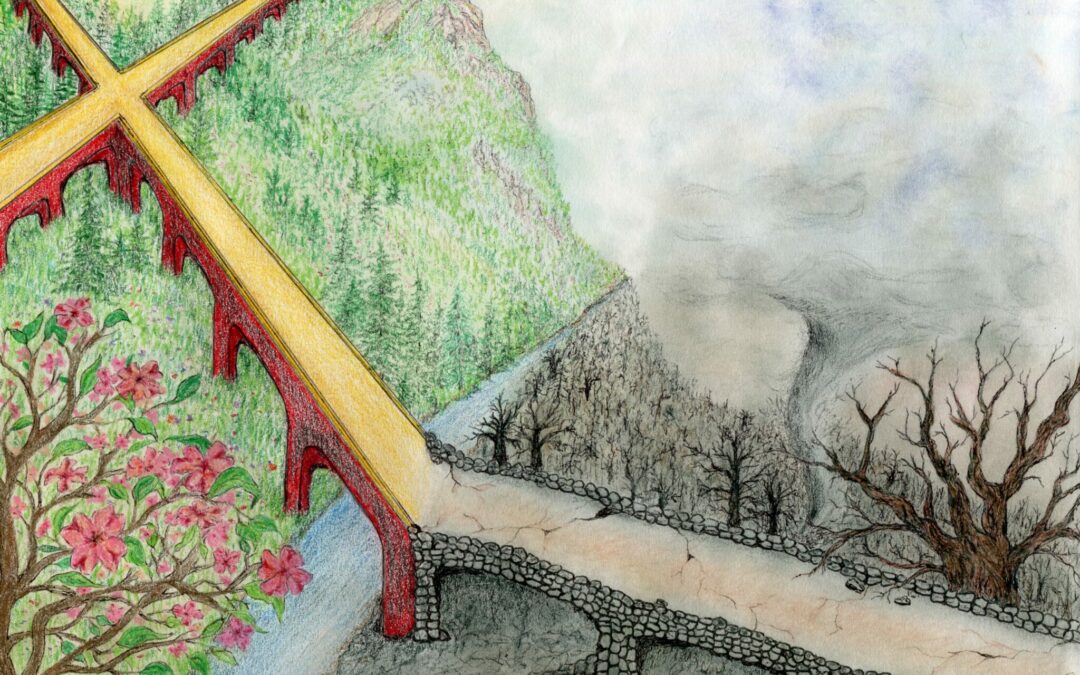 There’s A Cross to Bridge the Great Divide by R. Scott, a Crossroads student in Michigan

Lamar was on a work trip when he received the phone call that would change the course of his life. His fourteen-year-old son, Dominic, had taken the life of another teenager over stolen drugs and money. The news felt like a nightmare Lamar could not escape. To make matters worse, major news outlets had picked up the story, and the pain his son had caused the victim’s family—and Lamar’s—was showcased for the whole world to see. During the weeks of the investigation and trial, the traumatic events continued to play over and over for the families.

Dominic was convicted as an adult and sentenced to life in prison without possibility of parole.

“I remember thinking, ‘You know, this shouldn’t have happened to me; this happens to other people. I read about it, it’s on the news, yet this is my life . . . a life in which my son will grow up in prison. He’s expected to live and die in prison,’” Lamar said.

Prior to his son’s arrest, Lamar held the belief that if someone breaks the law and harms another, “they deserve to be locked up, and throw away the key.” However, visiting his teenager in prison changed Lamar.

“Had I not gone into prison and met other inmates, whom I now call incarcerated people, I would never have come face-to-face with myself in realizing that they were not any different than I was,” Lamar said. “After what happened with my son, suddenly the monsters behind bars began to look like me.” 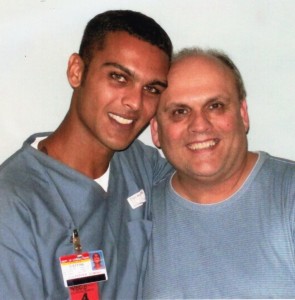 Dominic and his father, Lamar

This perspective shift inspired Lamar to seek something that was missing in prisons and in his son’s experience: restoration. Lamar was a residential real estate appraiser at the time of Dominic’s arrest, but he set that career aside to learn and teach restorative practices. He went on to complete a master’s degree in restorative practices at age sixty. Lamar now works as a keynote speaker, inspiring those affected by incarceration to seek restoration. Through Dominic’s incarceration, Lamar can see how God has had a master plan all this time to bring redemptive grace not only to his son but also to the sons and daughters of many others. He shared, “I have no doubt in my mind about how God is orchestrating events.”

Lamar describes his son, now thirty-four, as a poised, thoughtful and reflective young man who listens more than he talks. Dominic took responsibility for his actions long ago, and he chose to become a student of the Crossroads mentorship program and spend his life behind bars serving God. He strives to encourage others and help them seek a relationship with the Lord. Dominic has been the de facto prison chaplain at a number of the facilities in which he has lived. He has even brought rival gangs together through prayer.

Dominic is also a Crossroads Prison Art Project artist. Reflecting on his work, he stated, “My art is created from my mistakes, just as God has created my life and purpose being fulfilled according to His plan for my life. I want to create my artwork to honor God—not for accolades for myself. That empowers my art by empowering my passion. The first thought I had when I created the piece for Crossroads was: I love you, God; I want to honor you.” Prison has changed Dominic for the better.

Today, Lamar and Dominic are grateful for organizations like Crossroads that do not forget those in prison. In a loving father’s words, “[Crossroads] links people with a purpose, [creating] a relationship that is having someone who is not on the inside walking with them on the outside. That’s what matters most to them.”

In 2005, the Supreme Court ruled that juvenile offenders cannot be sentenced to life without parole. Dominic was resentenced and hopes to be released in about four years. Lamar, who will be seventy by then, prays for good health so he can spend a few years with his son once he is a free man.

Join us today in supporting students in need of grace like Dominic. Crossroads equips mentors to serve men and women in prison through compassionate Bible studies and letters of encouragement. Find out more here.