Can Life be ‘Awesome’ Behind Bars? 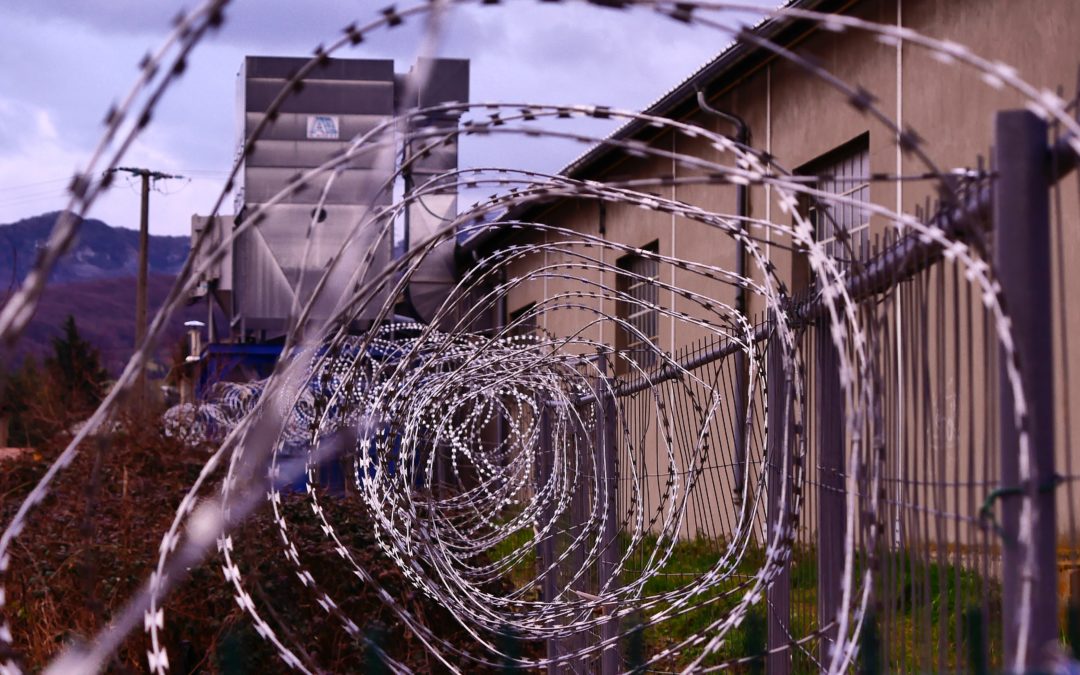 “My life is awesome!”

This is not a statement you would expect from someone who is serving a twenty-five-year prison sentence and has been isolated in solitary confinement for the past year and a half. But it is exactly what Crossroads student Buddy wrote in his testimony.

Growing up, Buddy took his family’s comfortable lifestyle for granted.

“I didn’t have a rough life—no sad story of poverty, neglect or abuse like most of the men in here,” he recalls. “On the contrary, I grew up privileged in a financially comfortable home. I was raised in the church and baptized at age seven.”

As a teenager, he began to rebel and experiment with drugs.

“From age fourteen to age thirty, I went from a street-level recreational meth and drug user to a meth cook and white prison gang member,” says Buddy.

But the drugs didn’t bring him the satisfaction he desired. In fact, they ultimately took away everything he loved.

“I had my children taken away from me by Child Protective Services when I got my first prison sentence,” he remembers. “I lost my wife, my parents, my home, my business and my inheritance over the last nineteen years. I was a resentful and bitter man.”

Despite everything he lost, he continued to let drugs control his life. High on meth one day, Buddy received a phone call that turned his world upside down.

He was told that his friends from the gang, who had been staying at his house, had gotten into a fight. Guns were drawn, shots were fired—and one of the men was killed.

Buddy panicked. He didn’t want to be connected to the murder, but it had taken place at his house. Suddenly, he was struck with an odd feeling.

“I don’t know how else to say it except that the Lord gave me such a strong sense of dread, and a profound feeling of His divine presence, that I nearly fell to my knees,” Buddy recalls.

Convincing himself that the feeling must have been caused by drug-induced paranoia, he ignored it and started toward the house to deal with the situation. But he had barely driven a block down the road before he was pulled over by police. Not only was he associated with the murder, but his pockets were full of meth.

After he was arrested, he thought back to that strange feeling. He realized it wasn’t from the drugs. It was from God.

“I told the Lord I was sorry for all of the evil I perpetrated against Him,” Buddy said. “I asked Him to forgive me of my sins in Jesus’ name, and I have never looked back.”

Buddy immediately focused his time on studying the Bible and developing a relationship with Jesus. He signed up for the Crossroads mentorship program in 2016 and is currently studying his first Tier 2 course with a personal mentor.

“I am very grateful for the Crossroads Bible studies and for this opportunity to learn more about the Word of God and His will for my life,” he says. “My Tier 2 studies and my mentor are such a blessing to me.”

Buddy’s mentor confirms his commitment to God. “He has an amazing relationship with the Lord,” she says. “He is in segregation and spends much of his time studying the Word and in prayer, and he desires for the Lord to use him to witness to others.”

Buddy now understands what truly makes life awesome. It’s not drugs or possessions. It’s not wealth or status. It’s not even freedom from prison.

“I’ve asked the Lord to keep me locked up as long as it takes to train me to be a full-time servant of Jesus and minister of the Gospel,” Buddy says. “I have completely devoted all my time and energy into living a life that brings glory to God. I know He will prosper my soul.”

Will you share the Gospel with men and women in prison so they can learn about our awesome God? Sign up to become a Crossroads mentor.