A Life Transformed: New Crossroads Australia Director Knows Anyone Can Change, Because He Did 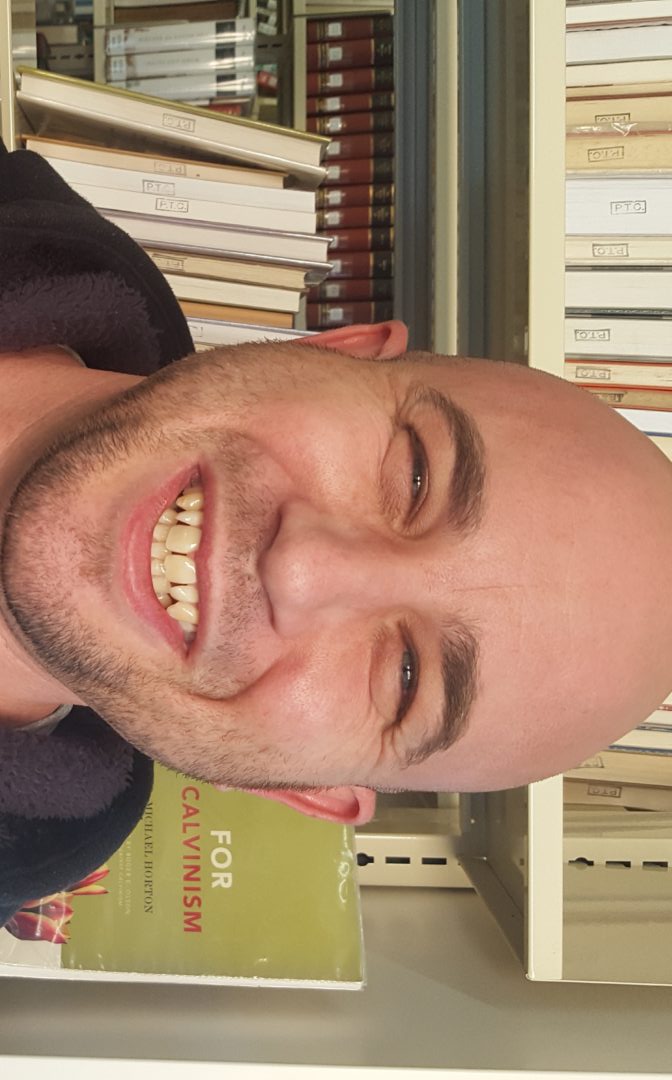 Mike Eastman doesn’t remember much about his first few days in prison. He was in a fog while detoxing from drugs.

But he does remember one thing – he prayed.

“I hadn’t done that since my childhood. But I prayed that if God was there, He would get me out of this situation,” Mike said.

God didn’t remove him from prison but he did something even better. “He drew me to Himself and never let me go.”

Now released, Mike is a new man. He is active in his church, studying theology at Christ College and he recently was named the new director of Crossroads Prison Ministries Australia. But it has been a long, twisting journey to where he is now.

Mike was born and raised in a suburb of Sydney, Australia. He grew up with Christian parents, attending an Anglican church. He had a happy childhood up until age 11 when he began suffering abuse at the hands of an extended family member.

“The experience haunted me for most of my life and played a role in the life choices I made,” Mike said.

After his family relocated, he escaped the abuse but began getting bullied in high school.

“This caused me to cry out to the God that I had grown up learning about, but to no avail,” Mike said. “I was angry with God for not being there for me and not doing what everyone said He would do.”

After graduating from high school, Mike set out into the world with two purposes – to gain money and power. “I wanted to be the kind of person that nobody would hurt or do wrong by,” Mike said.

So he grew a successful business and developed a lavish lifestyle, while committing himself to training in the gym to become as “big and scary” as possible.

Mike then got married and a year later had a son. But Mike’s fast-paced lifestyle was a strain on his family life.

“In 2009, my wife left me, taking everything I had,” he said. “I spiraled into depression, turned to heavy drinking and started using drugs regularly.”

Mike tried to hide his addiction from everyone around him, causing him to become “enveloped in a cloak of lies and deception,” he said. In 2012, Mike began selling cocaine and methamphetamine to feed his drug habit.

But what he didn’t know is that he was selling the drugs to an undercover police officer, leading to his arrest. “I am officially the least successful drug dealer in history, having only sold to undercover police,” he said.

Getting locked up was the breaking point for Mike. “I was at the end of myself. I had nothing left. No possessions, no friends, no income, no hope,” he said.

This led him to crying out to God. Mike was given a copy of the New Testament from the prison chaplain and he began reading it—a lot. He was then introduced to the Crossroads Prison Ministries mentorship program.

“Through the studies, I was able to engage deeply with God’s Word. The more I read Scripture, the more I desired it. The words seemed to leap off the page,” Mike said.

“I was at the end of myself. I had nothing left.”

Over time, through reading Scripture, praying and corresponding with his Crossroads mentors, Mike’s heart began to change.

“The gift of life I received was totally transformative. I began hating what I once loved and loving what I once hated. My thoughts changed, my words changed and my actions changed,” he said.

Mike began leading Bible study and prayer groups in prison, telling anyone who would listen about Jesus. “Through this, I had the privilege of seeing Christ use me to bring others into His Kingdom,” he said.

All the while, Mike was dealing with court matters. He decided to give police a full confession. At his sentencing, Mike shared his testimony of how God had changed his life. Police and prosecutors even spoke on his behalf. Although Mike could have faced a 10-year sentence, he was given just 2.5 years.

Mike used the remainder of his sentence to study God’s Word, using the Crossroads program as a guide. He was released in 2015.

Since his release, Mike has reconciled with his family, received custody of his son and has remarried. He is working toward a degree in theology and is active in his church.

Mike is excited as he begins his new role as director of Crossroads Australia. “I have so much brokenness in my life and have seen Christ redeem my past. I seek to use the rest of my years to equip men and women with broken lives to walk in their brokenness in the light of the Gospel of Jesus.”