When Unexpected People Show Up for the Incarcerated 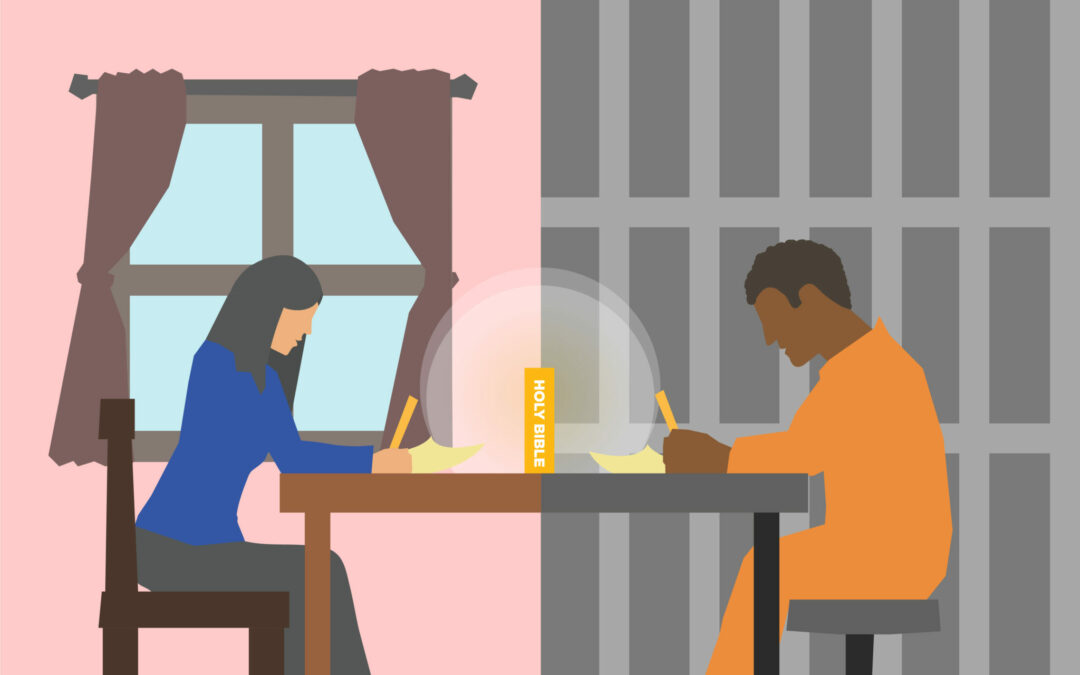 Guy thought he could run his own life.

Although he grew up in a Christian home and accepted Jesus as a teenager, his daily life didn’t always reflect it. During his senior year of high school, he stopped going to church with his grandparents and followed in his friends’ footsteps instead, which involved drugs, alcohol and complete disregard for authority.

“I didn’t want to listen to people who told me I was headed down a one-way street the wrong way,” Guy said. “I mean, I had a job, wheels and a happy life. I thought I could do no wrong.”

But all of that changed one fateful day when he was twenty-one.

“My life was turned upside down when I took the lives of two men,” Guy said. He was sentenced to life in prison.

Guy figured his life was over. There was no way his family would care about him anymore, let alone God. He gave up on God and braced himself for a lifetime of solitude.

But someone unexpected showed up for him: his mother.

“When I was two years old, I went to live with my grandparents because my mom couldn’t afford to give me the life she wanted to,” Guy remembered. “It wasn’t because she didn’t love me; she just wanted a better life for me.”

He hadn’t spent much time with his mom throughout his life. But when she found out he was in prison, she committed to walking with him on his journey.

“My mom stayed by my side for thirty years, coming to see me a few times and talking to me by phone at least twice a week,” said Guy. “During all these years, I came to know who my mom really was. She was a great woman.”

In 2011, Guy received tragic news. After battling an illness, his mother had passed away.

“[That] was the saddest day in my life,” Guy said. “The most important person in my life, because she was always there for me, a phone call away, would be no more.”

A few days later, Guy was informed that he would be allowed to attend his mom’s funeral. “That day, my life changed for the better,” he recalled.

As Guy listened to the preacher at the funeral, he remembered something he’d heard in church as a child: that believers would see each other again one day in heaven. Filled with hope at the thought of reuniting with his mother, he began to reconsider his dismissal of God.

“From that day on, I started living in faith,” he said. “I gave my heart to God.”

The funeral also gave him the chance to reconnect with family members he hadn’t seen in years, including a cousin who was a devoted Christian. Several days after the funeral, Guy received a letter from his cousin asking if she could visit him.

“Once a month, she came to visit me, only missing a couple of times due to illness,” said Guy. “She has helped me to grow in my faith. She answers all my questions about the Bible.”

In 2012, Guy discovered Crossroads and signed up for the mentorship program. Since then, he has completed Tiers 1 and 2, and he recently started Tier 3. His mentor, who faithfully walked with him throughout his Tier 2 courses, is continuing the journey with him.

“Crossroads has helped me to draw closer to Jesus and to understand His Word better,” he said. “My mentor has been a big help to me. I get letters from her that give me joy and inspiration.”

Because of unexpected visitors, like his mom, cousin and Crossroads mentors, Guy knows now that he isn’t alone. With faith in God and support from God’s people, he can face the future “with joy in [his] heart and peace of mind, content with [his] life behind bars.”

Studies over the years have shown that people who are released from prison are more likely to stay out of prison if they have support from family and friends. We hear from many Crossroads students who say their family members have rejected them or have passed away. These students lean heavily on their Crossroads mentors for support, encouragement and strength. Whether or not they will return home one day, their lives improve when they receive love and care from someone outside the prison walls.

Will you provide that vital support for someone like Guy? Please consider signing up to be a Crossroads mentor.