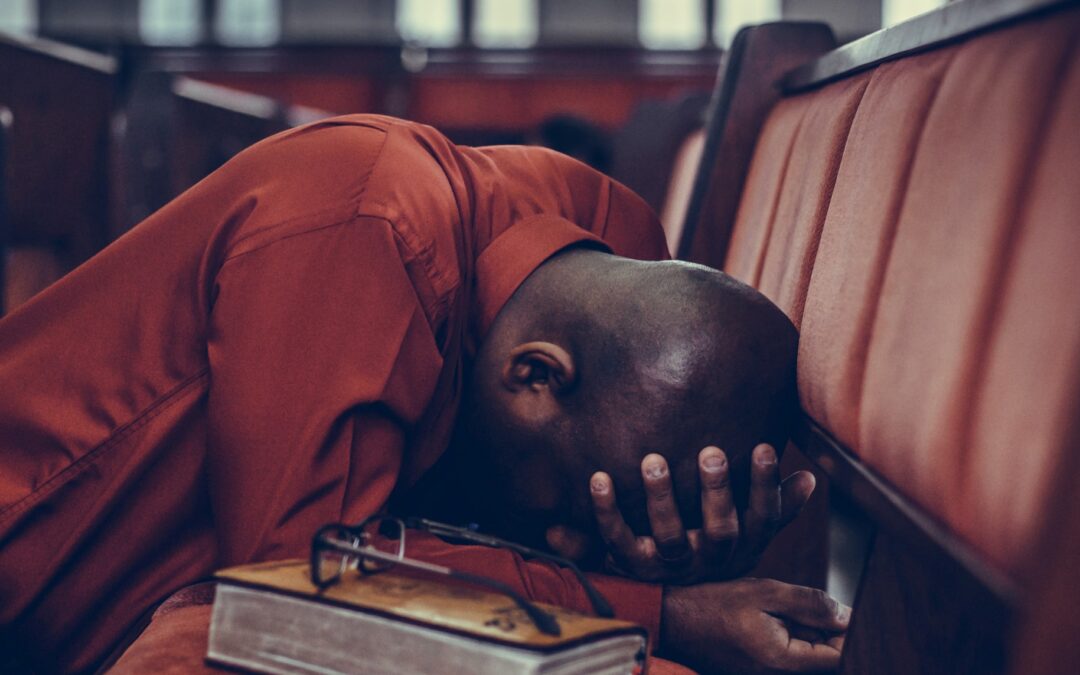 James didn’t want to believe the gut-wrenching news he’d just been given: his son had been killed.

The last time he had seen his son in person was fourteen years prior, when his son was only five years old.

James had been entangled in drugs and alcohol for years, and his substance abuse led to “very bad judgment” and a twenty-five-year sentence. He was locked up in a prison several states away from his home—too far for his son or other family members to visit.

“Over the years, I talked to him on the phone all the time. He became my only true friend,” James said. “That was the most heartbreaking moment of my life—to have all those plans of a future with my boy and then, out of nowhere, to have someone tell me my boy was gone.”

The news of his son’s death plummeted him into a deep depression. Unable to deal with his grief, he tried to take his own life.

“I woke up in the hospital with blood and saline being pumped into me,” James remembered. “After I got out of the hospital, I was a mess. I cried for months.”

Eventually, he realized something needed to change so he could move forward.

“I started to think about some people who had come into my life in my most trying times and always tried to get me to read the Bible and pray,” James said. “I remembered how happy and humble and joyful for the future they were. I wanted that. I needed that!”

Dropping to his knees, he poured his heart out to God. He started reading and studying the Bible. In January 2020, he signed up to become a Crossroads student.

“I am enjoying these studies,” James said. “I like to be able to learn about myself and the Bible and Christ. Knowledge is a powerful thing.”

His Bible studies and his growing relationship with Jesus have shaped and molded him into a new man. Now, when he looks back at his life, he sees purpose.

“I could be bitter and hate God for letting me suffer like I have, but that would be ignorance,” James said. “I had to hurt and suffer so I could become the man I am now—a better man. It took me to come to prison to quit drinking and drugs, and it took me to lose my son, my best friend, to look at God and talk to Him.”

Although James still has time to serve, he knows exactly what he wants to do once he is released.

“I want to help others when I get out,” he said. “I hope to stop others from suffering as I have by being there for them and telling them my story. I want to help people with drug, alcohol and mental health issues—that is my calling.”

Will you support men and women in prison like James on their journeys toward new life in Christ? Consider becoming a Crossroads mentor or donor.