‘This Ministry is Changing Lives’ 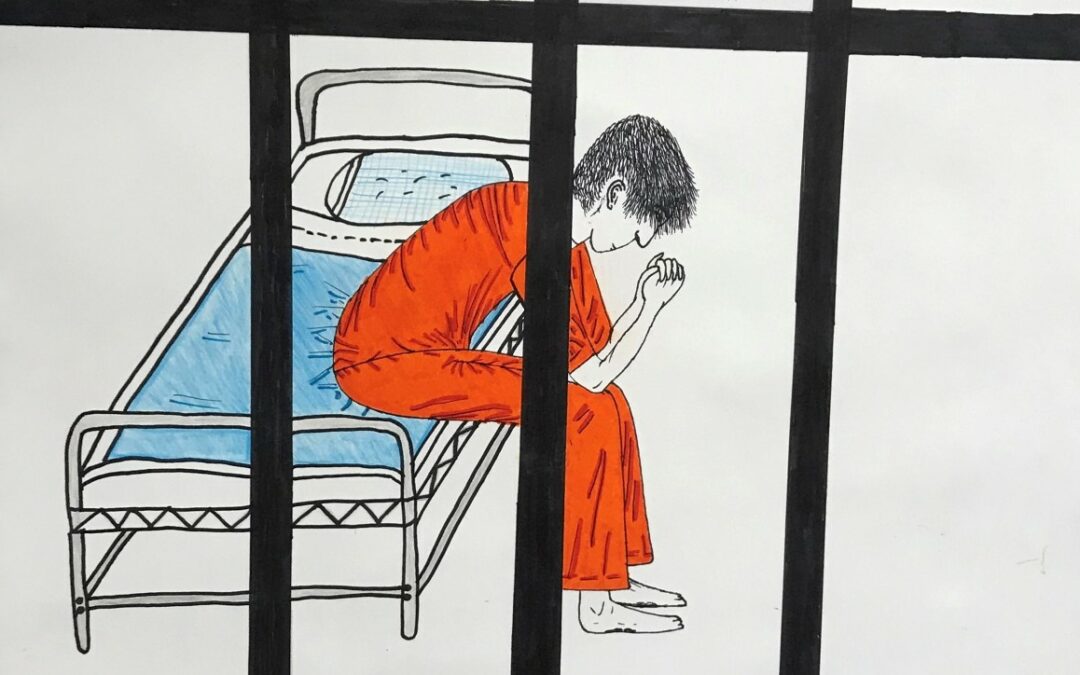 Shane was raised as an atheist. “God and Jesus were not in my vocabulary,” he wrote us.

Like many children, Shane wrestled with existential questions about where we came from and what our purpose is here on earth. And the answers he heard in science classes left him unsatisfied.

When he was in high school, a girl invited him to her youth group. He initially wanted to turn down the invitation, but she told him that they were “just going bowling and out to pizza.” So, he thought to himself, “Oh, a free date, well that’s different! Let’s go!”

Lured in by this kick-off event, Shane accepted the invitation from his classmate when she invited him to their next meeting. At this meeting, Shane watched a video that gave him the answers he had been looking for. “Apparently the answers were in the Bible the whole time!” he said.

Shane began to dig into the Word and realized that even though he felt that he was “raised morally good,” he did sin. As he continued to read the Bible, Shane placed his trust in Christ for his salvation. And for the next 19 years, he faithfully attended church.

Five years after being invited to youth group, Shane married the girl and his life seemed to be heading in the right direction.

Yet, Shane held onto the idea that he was “the perfect Christian.” Over time, his life derailed and he ended up in jail. Even then, he wondered how it could have happened to him — the model Christian.

As his world collapsed around him, Shane struggled to keep his faith as he placed the blame on God. He thought to himself, “it couldn’t have been me that failed, could it?”

As Shane wrestled with God, he decided to read the Bible cover-to-cover for the first time. He decided that he would walk away from God if he couldn’t find the answers he needed. In his reading, Shane wrote, “I found my answers. It was me who failed. In my mind, He forgave me little—so I loved little. I was so good, I had little use for Him, except as ‘insurance’ to not go to hell.”

“Things are different now. I love Him with all that I am,” he wrote. “God can do so much with a broken and contrite heart! Once I rededicated my life to learning and application of His word to my life, God put many people and resources in my path.”

One of the resources that Shane came across was the Crossroads mentorship program. In 2014, he found an enrollment form and quickly filled it out. “Sitting in county jail with a desire to grow in understanding of God’s word was frustrating at times,” he told us. “There really was no one to come along and guide me, but the feedback and encouragement of the mentors always kept me motivated to keep going.”

Shane said that his studies with Crossroads have challenged him and equipped him to help lead Bible studies at his facility on the topics covered in the lessons. “God has used Crossroads to help me fill the position to which I have been called and my mentors who advised, challenged and equipped me for teaching. I am very grateful! This ministry is changing lives and encouraging people. I myself have handed out countless cards for people to enroll and many of those produced fruit. Thank you for all that you do and to all the mentors and volunteers who help serve in this ministry. May God continue to bless you and your families for your faithfulness.”

Would you like to help disciple and equip others like Shane to spread the hope of the Gospel behind prison walls? Consider becoming a mentor.