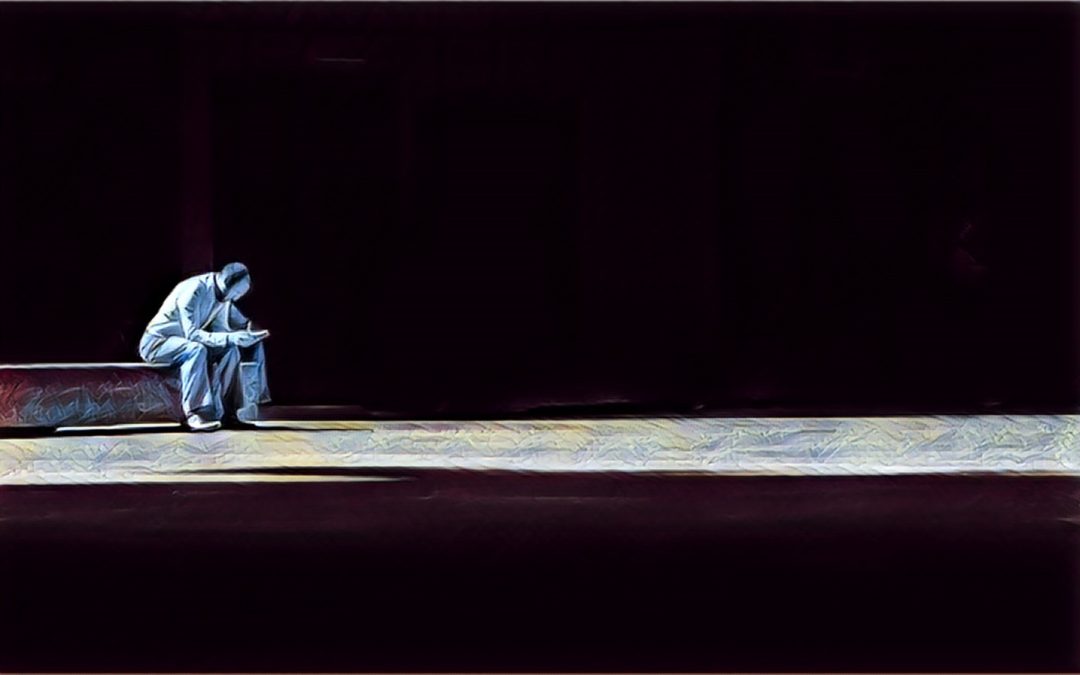 Carlos’s earliest memories include enduring abuse from his PTSD-burdened father, moving from state to state every few years with his mother and three siblings and struggling to succeed or fit in at school.

“The world was a different place in the 1970s and 1980s, and growing up in the deepest southern part of Alabama as a black, homeless, fatherless, poor child has a way of dampening one’s outlook on life and the future,” Carlos said.

Facing limited career options and a broken heart after a year of dating his high school sweetheart, he decided to sign up for the Army. He left for basic training three months after graduating from high school.

Military duties brought him from Alabama to Maryland to Germany to Georgia to Kansas. During those ten years, he reconnected with his ex-girlfriend and married her to provide her with the benefits offered to a military wife, and they had two children together. Post-military life with his family in Kansas, however, was tumultuous.

“At that time I didn’t know that I was experiencing PTSD,” Carlos said. “I was becoming overly frustrated and angry over the smallest things.”

He began drinking and doing drugs in an attempt to combat his unhappiness. But his substance abuse and his fits of rage drove his wife to leave him. He knew he had to get help. He didn’t want his kids to go through the same pain he did growing up without a father.

Carlos ended up becoming friends with a coworker, who began asking him questions about his thoughts on God. Carlos had very little experience with any type of religion, but he agreed to accompany his friend to church.

Carlos was immediately captivated by the fellowship and the passionate worship of the congregation. He was baptized soon after.

“I lived for God as a born-again, Bible-thumping, church-going, door-knocking Jesus freak,” he said. “But like Jesus Christ teaches in Matthew 13, ‘he who received the seed on stony places, this is he who hears the word and immediately receives it with joy; yet he has no root in himself, but endures only for a while. For when tribulation or persecution arises because of the word, immediately he stumbles’” (Matthew 13:20–21, NKJV).

Lacking deep roots in his relationship with Jesus, Carlos fell back into old habits. He desperately searched for meaning in his life as he bounced from woman to woman and from drug to drug.

“I didn’t know who I was anymore,” he said. “I was a full-fledged alcoholic. I smoked dope. I popped pills. I spent every waking hour getting drunk and high until I was arrested in August 2014.”

Carlos realizes now that going to prison was exactly the wake-up call he needed. “God had been reaching out to me, but I could not see or recognize His signs or calling,” he said. “I’ve been able to return to His loving arms. I have that seed sown deep in my heart this time.”

In December of 2014, he signed up to be a student with Crossroads Prison Ministries. Since then, he has completed the Great Truths of the Bible course. “I really didn’t expect that I would enjoy this course as much as I did,” he said. “I’ve given out so many applications recommending others to take this course!”

Carlos has come into contact with many people through his extensive travels, but the communication he has received from people he doesn’t even know is what he treasures the most. “[The Crossroads mentors] are some of the nicest people I’ve never met,” he wrote in a recent letter to Crossroads, with a happy face drawn after the sentence.

“Being able to read a letter from someone I did not know was a blessing,” Carlos said. “I mean, we live in a digital age, and how often do people ‘write’ letters anymore—especially to people they don’t know? The letters, comments and responses will be cherished by me forever. I show and share them all the time. I’m very proud of them. It lets me know that there still is love in this world for a person like me who wants to be a better person, a better Christian.”

Carlos acknowledges that connecting with mentors who offer guidance in his walk with God has been vital to his spiritual growth.

“Just having others in your corner, breaking that spiritual bread with you and encouraging you to get the Word deep down in you, so you can see the way the Word of God can and will change you, is an incredible experience,” he said. “I’m thankful to God that He gave me the strength, courage and confidence to participate in this program.”

Would you like to journey with people in prison like Carlos in their walk with God? Join our team of mentors.