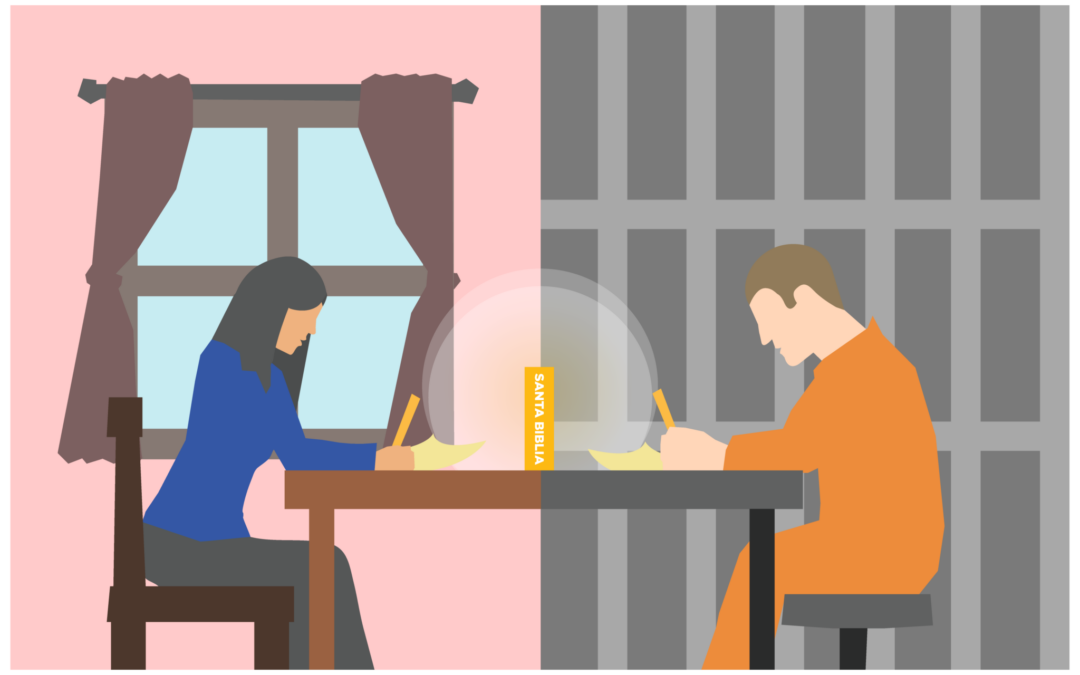 While Carlos would have claimed he was a Christian, he acknowledges it was a lukewarm faith. He approached the church with his requests and needs but continued living the same sinful lifestyle. One filled with stealing, lying and adultery.

“I was filled with unhappiness and dissatisfied with the life that God gave me. I was never able to find my reason or purpose of being in this world,” Carlos wrote us in Spanish.

He poured all his energy into earning a living for his family, so he neglected to share his faith with his children.

“I never had time to talk with my kids, to read the Bible to them, nor did I read it. I had one in every drawer in the house, yet the cockroaches were more of faith than me. Well, they were the ones that were always in the Bibles.”

While he confessed to be a Christian, he said, “I didn’t know anything about God.”

A series of events brought Carlos to jail in 2015 shortly after he was diagnosed with colon cancer.

“It was there my ordeal began,” he said. He had an appointment to continue receiving his cancer treatments, so he filled out the necessary paperwork to see his doctor.

“More than six months passed, and they didn’t answer me,” he wrote.

While in jail waiting for a response about his treatment plan, Carlos met Joseph, another man at his facility who began sharing his faith in Christ with Carlos.

“That night, we prayed continuously for nine or ten hours. Interceding and seeking God,” Carlos explained. In the darkness of his cell, Carlos felt the presence of God.

After accepting Christ into his heart, he said, “Everything changed in me.”

The following week Carlos was finally able to see the doctor. After a couple of appointments, he received a surprising report.

“They gave me the news that I did not have colon cancer,” Carlos said.

Despite the difficulties he has faced in life, Carlos has found a deep sense of peace and hope in Christ.

Looking for a way to continue growing in his faith, he enrolled in Crossroads’ Spanish program in 2018. He has completed twenty-six lessons alongside Spanish-speaking mentors, and he recently submitted his application to enroll in our Tier 2 courses.

“I am very grateful to your ministry. In Tier 1, I have learned and been strengthened in a thousand ways,” he said. “Thank you to all of my mentors who have participated in encouraging me. I pray for them every day. . . . No one writes to me, so I thank God for your letters. It is a joy to receive them.”

Carlos is one of more than one thousand students who have participated in Crossroads’ Spanish mentorship program over the years. We’ve seen an influx of students, like Carlos, whose primary language is Spanish recently.

“There are many lessons from our Spanish-speaking students sitting in our office,” said Jose Pichardo, Crossroads’ mentor training manager. “The reality is that we have a seven-week backlog of lessons right now.”

We want to get these lessons into mentors’ hands as soon as possible, and over the last several months we been making a significant effort to grow and strengthen our Spanish program.

“Right now, our biggest effort is just making everyone aware,” Jose said in a recent interview with Mission Network News. “Even if people don’t speak Spanish, we know that some people may have someone in their networks that speaks Spanish. We want to share with everyone so that hopefully there’s someone within someone’s network that speaks Spanish and may be interested.”

If you know someone who speaks Spanish and would be interested in mentoring through Crossroads, please point them to our Spanish website: cmcarcelario.org

To learn more about our plans for the year ahead, visit cpministries.org/give-hope