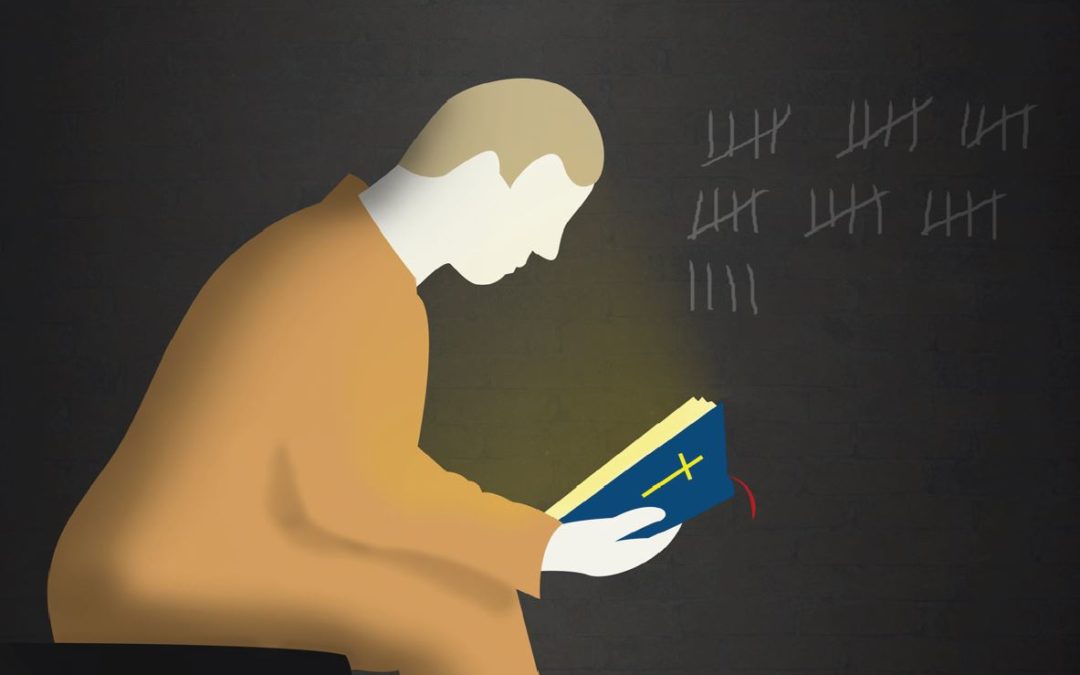 In 2 Corinthians 5:17, we read these words from Paul to the church in Corinth: “If anyone is in Christ, the new creation has come: The old has gone, the new is here!”

This is the resounding testimony of many men and women in prison, including Antonio, a Crossroads student in California.

“As a teen, I joined a gang, drank, used drugs and carried a gun. I committed numerous crimes that hurt many people physically, mentally and financially. This lifestyle full of sin continued into my twenties,” Antonio wrote to us.

Antonio’s choices resulted in multiple convictions and a sentence carrying sixty-two years to life, but he has since traded his former life of violence for a life of peace.

In 2009, Antonio had arrived in prison for the fifth time, only to continue living the same lifestyle. He was widely known in his facility for his gang affiliations. And those ties dug him even deeper into trouble, which “landed [him] in the hole again with an attempted murder.”

While in solitary confinement, Antonio spent a lot of time reading and writing. “I read six hours a day,” he told us. “After a year, I had read every book on the book cart except for an old Bible. I had read it cover to cover in the past, but I took it out just to have one on hand. It wasn’t long before I was reading it again.”

As he waited to hear if charges would be pressed against him, he read through the Psalms, pausing on these words from Psalm 37: “Refrain from anger and turn from wrath; do not fret—it leads only to evil.”

After learning that they would not be pursuing any charges and being released from solitary, Antonio made a promise. “I promised myself and God that I would no longer put my hands on anyone in violence again,” he said. “I began to go to chapel services, and when I found a request for Bible studies, I filled it out.”

In 2015, Antonio completed his first Crossroads course. “Crossroads taught me to let God take control. That year was the last time I got in trouble for anything, big or small,” he stated.

Two years into his studies, he was partnered with a personal mentor in Tier 2. “I cannot express how big of an influence she has been to my growth in the Spirit,” said Antonio. “I have felt so overwhelmed many times with all the classes I am taking, the groups I am in, work and personal things from home. I have thought about quitting, but corresponding with [my mentor] always keeps me committed. She has taught me so much over the years in her comments on my lessons, personal letters and prayers—the most important of which has been incorporating Scripture into my prayers for others.”

When asked about Antonio, his mentor told us, “I have mentored Antonio for several years now, and I have seen his growth as a Christian in his faith and character. He has shared with me that, since receiving Christ, he has realized how wrong the violence in his life has been and has no desire to go down that road again. I have worked with him, teaching him the power of praying God’s Word and His promises. He has seen relationships restored as a result of this prayer.”

Having someone to support and encourage him as he left his old life behind has been vital to Antonio’s spiritual growth.

“Crossroads has allowed me to mature spiritually and helped me grow into a person willing to move on from a previous life of sin,” Antonio wrote. “I now enjoy a peace that was not present in my life before I began these courses.”

Are you willing to journey alongside someone in prison as they discover the transformative love of Christ? Consider signing up to be a Crossroads mentor.