No Longer a ‘Sunday Christian’ 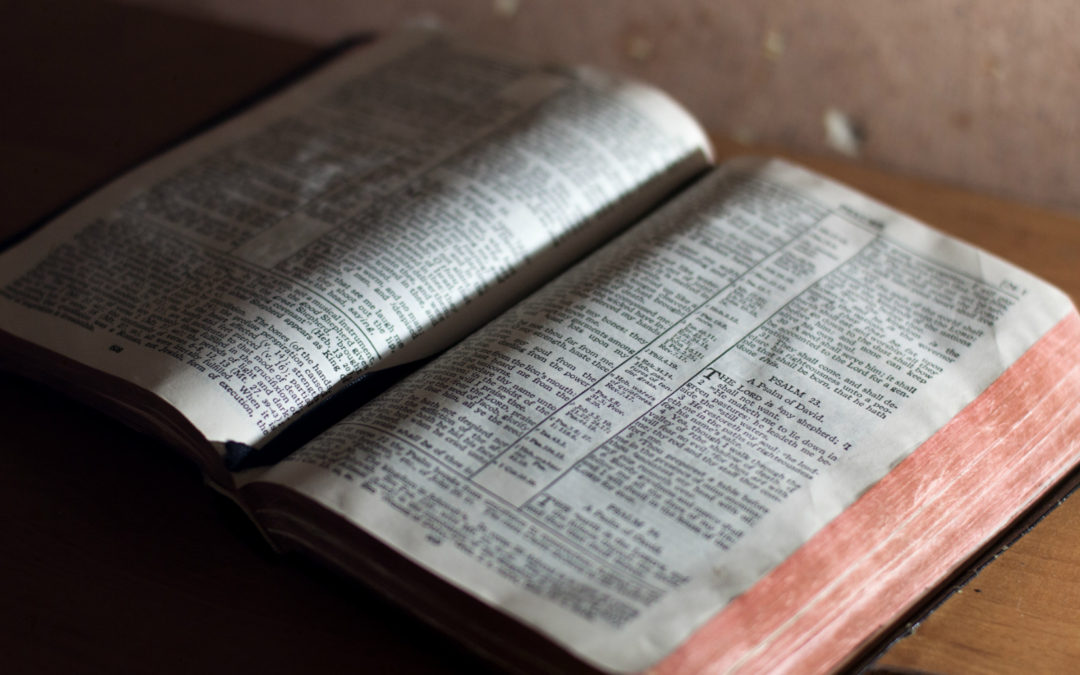 Bruce received his first Bible when he was 13. He remembers attending church with his parents every Sunday morning, Sunday evening and Wednesday evening.

“I was so proud to bring my Bible to church each week, sit in the pews and read along with the pastor,” Bruce recalls. “I would go home and put the Bible on a shelf until the next week. I did this until I was 18, at which time I thought I had my fill of God and I was better off without Him.”

So, for most of his adult life, Bruce decided to live life his own way. One Sunday, when he was 40 years old, his sister invited him to church to hear his niece sing, and he accepted. When the pastor stood up to preach, Bruce was surprised to hear him declare that he would not be preaching the sermon he’d originally intended to give, because God had put other words on his heart. “I couldn’t tell you what he said,” Bruce says. “All I know is God knew I would be there and He spoke to me directly.”

Bruce was convicted by the pastor’s words. He decided to get baptized a few months later and began making a conscious effort to follow Jesus. But an old habit still plagued him.

“I still carried my new Bible to church every week but, as before, I never read it or cared about it any other time,” he says. “I was a good man in my own eyes. I went to church, I gave my tithes and I helped people.” But because he was solely a “Sunday Christian,” he lacked sincere commitment to a Christian lifestyle. This led to him making some bad decisions, and he was arrested in February of 2014.

While in jail, Bruce discovered that all he had was time to spend. He contacted his wife and mother to ask for a Bible so he would have something to read. This time, he was determined to treat God’s Word differently. “During the time I was in county jail, I read my Bible cover-to-cover two times,” Bruce says.

He also heard about Crossroads Prison Ministries Bible studies, and he decided to sign up. “Each time I do a Bible study, I learn so much more about what Jesus went through,” he says.

In 2015, Bruce was transferred to prison. Not long after his transfer, he was offered a job as the chaplain’s clerk.

“I do not like prison, but I feel God is using this time for me to become closer to Him,” he says.

Thinking back on his life, Bruce realizes how much he’s changed. “Now, I do not look at challenges like life is trying to knock me down,” he says. “I try to look at the challenge and see what God is trying to teach me.”

He also strives to be a witness to those around him through the way he lives. “I heard once that we need to be the Bible people read, because we might be the only time someone sees or reads a Bible,” he says. “So I try now every day to glorify God with my actions and thoughts. My prayer every morning is to work for Him, not myself.”

The days of Bruce opening his Bible only on Sundays are gone. “Today, when people see me walking around the prison with my Bible in hand, they know I read and study it every day,” he says.

Do you want to help someone in prison, like Bruce, grow closer to God through studying His Word? Sign up to become a Crossroads mentor.