‘It Was More of a Journey than a Bible Study’ 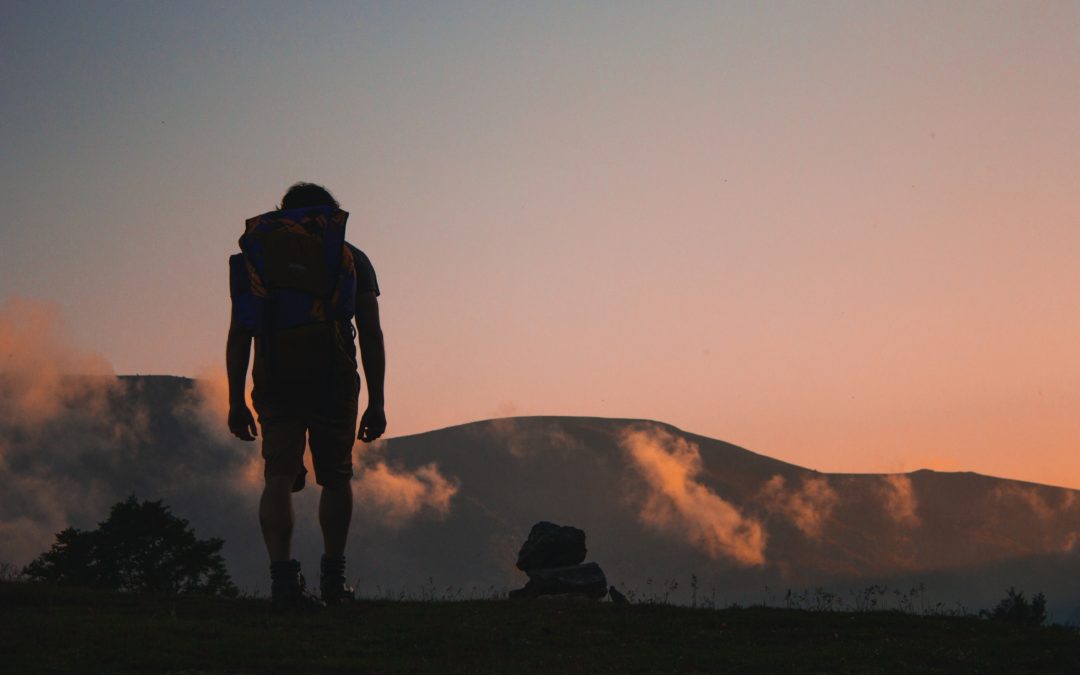 Steven just finished his final lesson in the Crossroads mentorship program. As he studied the Bible throughout his years in the program, he not only learned about his Creator and Savior, but he also grew to understand himself.

“Since I was a child, I never had an identity I could relate to,” Steven recalled. “I didn’t know who I was, so I naturally gravitated toward what others thought of me. In time, I could be all things to all people.”

His lack of identity led him down a destructive path.

“Alcohol and drugs became my gods, and I served them with all my heart,” Steven said. “Even while married with three wonderful children, I could put on the show of dad, husband and worker while choosing to love alcohol and cocaine more than my family.”

But he couldn’t maintain the façade forever. One day, drunk and high, he snapped and took his wife’s life.

Steven knew he would need guidance and support on his faith journey, so he signed up to become a Crossroads student.

Now, years later, he has completed every Bible study course Crossroads offers. The final Tier 3 course, Christian Worldview, proved to be particularly meaningful to him.

“For me, it was more of a journey than a study,” Steven said. “Not only did I learn about different worldviews, how to relate to those who hold to those views and why people believe what they believe, I also discerned who I used to be before I became a child of God.”

He had been haunted by his past even after accepting Christ as his Savior.

“I’d continue to ask myself why and how I could put so much evil ahead of my family and the people I claimed to love,” he said. “I could never answer the questions because I never knew who I was. I’d even pray about it and get nothing.”

But studying Christian Worldview finally led him to the answers he had sought for so long.

“Our Lord opened my heart to find these answers through this course,” said Steven. “The course revealed my identity was in all the gods of the world I was serving. They defined me and controlled me. Even after my family could see it, I was blind to it all because sin had me hook, line and sinker.”

Along with this realization, Steven also gained the understanding and strength he needed to reach out to his sons and seek reconciliation.

“Until now, I could never really answer my children’s questions about how I could possibly take the life of their mother, who I claimed to love. I felt as if I was just trying to put a Band-Aid on their wounds, as well as my own wounds, for many years,” he said. “I now have the tools to prayerfully do some honest and actual healing. I have already opened up the door with my sons to discuss openly and honestly about who I was. I know in my heart that this course was the Lord answering the prayers I spoke for so many years.”

Although he has reached the end of his journey with Crossroads, Steven will use everything he learned along the way as he continues his journey of faith and healing.

“This course was far more than a Bible study accomplishment. It was a life-changing experience for me and my family,” he said. “Thank you for such a precious gift.”

Will you support people in prison like Steven on their journeys of faith? Consider signing up to be a Crossroads mentor.