‘In that dirty, filthy cell I was made clean.’ 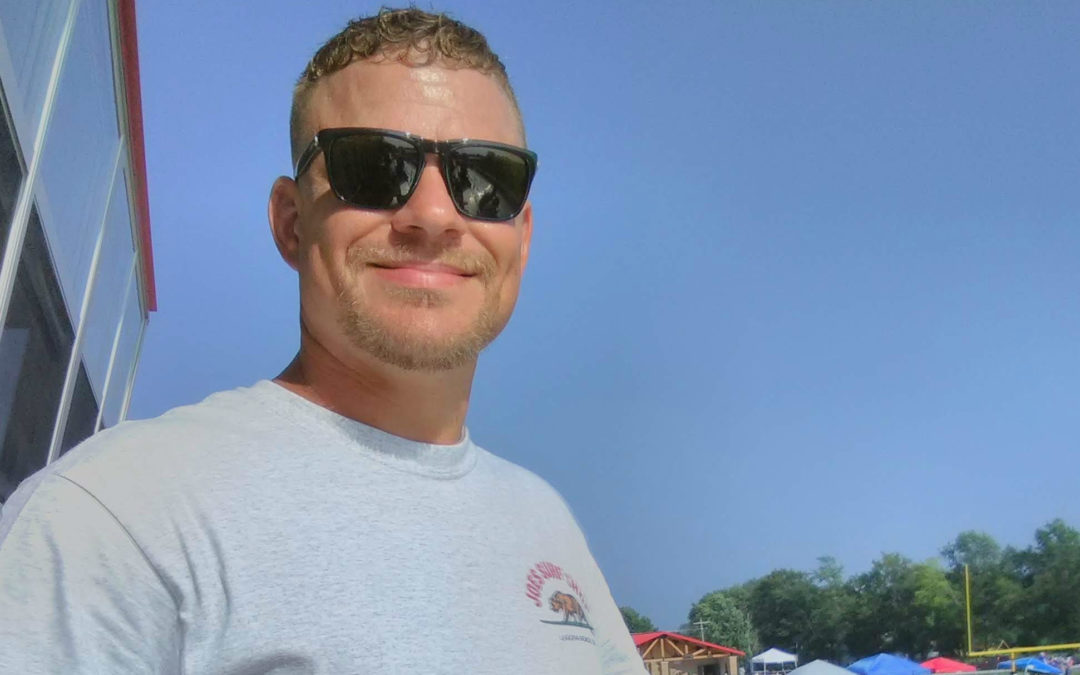 Throughout his whole life, David Springmeyer was surrounded by death and darkness. Dealing with the death of his father and personally finding three individuals who had committed suicide, David didn’t know where to turn.

“There was this hole inside of me that I just couldn’t fill,” David said.

He filled it with drugs and alcohol.

After staying high and drunk for 17 years, David knew his life would soon crash down around him. He is a parent of two children, but he lost custody when he continued to choose drugs over family.

“I loved my family, but I loved drugs more,” he said matter-of-factly.

Things spiraled out of control one day when he got in a high-speed chase with police. His car crashed, and David escaped on foot. “I was just running. Running from myself. Running from God. Running from everything.”

Eventually police caught up with him and arrested him. While out on bond, David continued getting high. “But at this point, I was at the end of my rope. It was either kill myself or change.”

David desperately wanted to change. He wanted to be a father to his kids, but he did not know how.

The night before Easter Sunday, he intended to go to church with his kids and their mother. Instead, he chose to get high with a friend.

“It seemed like any time I came close to getting a victory in my life, the devil would tempt me, and I would take the easy bait every time,” he said.

The sun rose on that Easter morning, and David, while high and drunk, felt something tugging within him. He turned to his friend next to him to say, “Jesus rose so we can be set free.” Although his friend got angry at him, David said in a weak voice, “I believe in Jesus.”

Later, David attended a church service with his brother. He remembers the evangelist speaking about getting full of the Spirit, not the spirits.

“I wanted to try some of that. I tried everything in the world except that Spirit.” At the altar call, David ran straight to the front. He cried out to God, asking Him to “clean out all the rooms of his house.”

Inside his heart, David felt something begin to change.

David still had to pay for the consequences of his actions, and he spent 22 months in prison.

“They stripped me naked and the only thing I had was a Bible.”

Studying the Bible day and night, something completely changed within David. “The Holy Spirit flooded me, and it was in that dirty, filthy cell that I was made clean,” he said.

David signed up for the Crossroads Prison Ministries program, going through Bible studies and receiving letters from a mentor. “There was a loss of identity for me, and the only thing I could trust was what the Bible said,” David explained

David began to know Jesus on a deeper level through reading the Word. His relationship with his Crossroads mentor helped him heal wounds in his heart and taught him to trust people again.

Upon release, David was able to put everything he learned into action. “Reading the Bible and understanding it is one thing, but if you don’t apply it and show others in the world, then you don’t know Jesus.”

With the faith that he strengthened in prison, David now lives his life completely for the Lord.

Only being out of prison a year, David has already witnessed God provide in numerous ways. “Doors are being blown open for me.”

He has his local ministry license, he lives in a parsonage, he is attending college, he has a full-time job, and he is very involved in his community. And the best part of it all – he is a father to his kids and sustains a great co-parent relationship with their mother.

David knows he is not perfect. “Some days are much harder than others. I have to say no a thousand times…and a lot of people are waiting for me to fall.” However, he trusts in a God who is greater than his struggles. David knows that he is a new creation in Christ.

And David wants his brothers in prison to experience this same transformation. What does he want men and women in prison to know?

“Know that nobody is perfect. Falling is a part of life, but getting back up is living. Give it to God and repent. You are worthy of his love.”

Do you want to encourage and help guide men and women in prison? Find out more about becoming a Crossroads mentor.