In Prison, He Learned Jesus Was There All Along 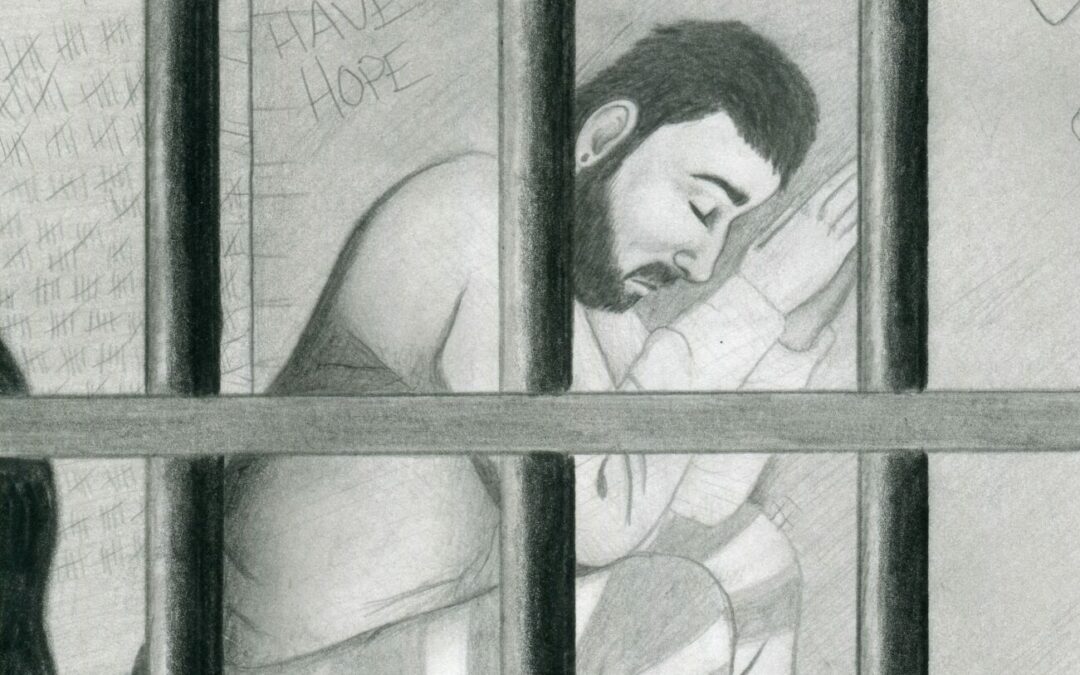 Bobby was a “good kid.” He loved life, his family and God. He attended church throughout his childhood, seeking to please God and his family—especially his dad.

“Dad was our cornerstone as well as my hero,” he said.

When Bobby was eighteen, his hero passed away.

“After the death of my father, it seemed all the love, loyalty and sacrifice were in vain,” he said. Bobby began to question God and explained that “the pain and anger would take root and suffocate me for the next 25 years.”

In his broken state, his life began to unravel. Bobby became convinced that he “deserved” to try meth, sexual promiscuity and all the things he had avoided in high school to please God and his family.

Every death he witnessed, job he lost and relationship that shattered he seized as an excuse to get high, drunk, cheat on his wife and kids and, ultimately, blame God.

“[The devil] presents himself with all of the answers,” Bobby explained.

For 25 years, he bought the lies, battling with addictions to meth and pills, sex and alcohol, while emotionally abusing his wife and three daughters.

“My destruction was inevitable,” Bobby wrote. “Before I realized it, my three daughters were almost grown, my wife married to another, friends and family became few, and I found myself in a jail cell.”

Now more than ever, he blamed God. He was alone, broken and had lost everything.

“The God I once knew I had forgotten,” Bobby said. “But to my surprise, I was about to find out He never forgot, nor did He forsake me.”

While awaiting trial in jail, a chaplain reminded him of the love and mercy he once knew. Bobby cried out to God in repentance, and the Holy Spirit filled him from the “tips of his toes to the top of his head.”

Bobby explained: “I remember thinking how good this feels and asking Jesus, ‘where have you been?’ And with a voice undeniable, heard as a result of spiritual awakening, He says to me, ‘I’ve been here all along. I gave you a wife to fill the void of your father. I blessed you with three daughters so you could know love. I healed your injuries and kept you from death so you could carry out my plans for you. But my son, you almost allowed the thief to steal and destroy what I started in you many years ago. I accept your confession and have forgiven you.’”

At that moment, all the anger, resentment and blame Bobby had toward God were stripped away, and he saw Christ had been with him for his entire life. “The blessings, the healings, the protection were finally visible,” he said.

Bobby was baptized in prison and has sensed a calling to ministry. He’s restored his relationship with two of his daughters and his ex-wife, sharing the Gospel with them and anyone who will listen.

“I cannot explain the euphoria I feel from having a new heart and new spirit within me…it has been three years and although I am still incarcerated, I am full of life and freer than I have ever been,” Bobby said.

Just after prisons began to lock down due to the COVID-19 pandemic, Bobby began his studies with Crossroads and has found that his lessons make his time “more bearable and much more productive.”

Bobby is grateful for the way Crossroads has equipped him to share the love of Jesus right where he is.

“Thank you for your ministry, your Bible studies and the encouraging letters you provide. I know I speak for all inmates that participate when I say you provide help, hope and love,” Bobby said.