I Was a Gangster Ready to Kill in a Heartbeat 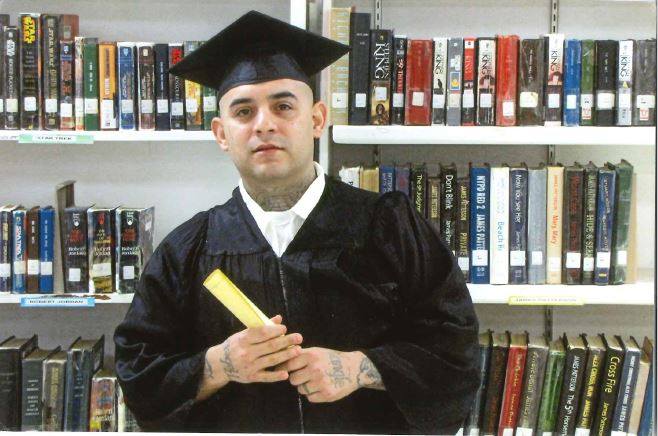 Most of Isaac’s young adult life revolved around partying, fighting, drinking, abusing drugs, womanizing and stealing. But that fast life came to a sudden stop when the gang he was associated with was involved in a homicide.

Isaac found himself in prison on a 40-year sentence. When he arrived in prison, the only thing he took with him was his identity as a gang member.

“I had a reputation to keep as a thug, a gangster who was ready to kill in a heartbeat,” he said.

Isaac maintained this identity and sense of belonging in a prison gang.

But things began to change when he signed up for the Crossroads Prison Ministries mentorship program early on in his incarceration.

“I can’t say I had this awesome God encounter one day and just became totally different,” Isaac said. “But my relationship with God has grown in intervals.”

Through Crossroads and through interactions with Christians in his unit, Isaac slowly began to take on a new identity.

“I have come to understand who I am and whose I am,” Isaac said. “I am a child of the most high God, an ambassador of Christ who has authority over darkness. I am more than a conqueror, a saint and a part of the royal priesthood. A believer!”

Two years into his incarceration, he took a step into his new identity in Christ by removing himself from the prison gang. He now takes welding classes and is also pursuing a bachelor’s degree in theology, while continuing in the Crossroads program.

Today, Isaac looks back at his old self and doesn’t recognize that person. His new identity in Christ has taken deep roots in his heart.

Isaac is thankful to Crossroads for being there every step of the way on his journey. “I always get something out of the lessons. Those truths I was able to stand on through the struggles and trials of prison,” he said.

Want to come alongside men and women in prison, like Isaac, on their spiritual journeys? Sign up to be a Crossroads mentor.