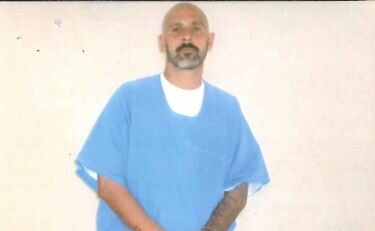 “I never felt like I quite fit in anywhere,” David wrote to us.

From a young age, David surrounded himself with a diverse friend group in a working-class California neighborhood. But, while most of his peers lived in two-income households, David’s mom “worked and paid the bills while [his] dad was in and out of prison, . . . a gang member and heroin addict.”

“I felt a little different at school since no one could relate to that, so I socialized with people like me and joined a gang at thirteen years old,” he said.

At school, David continued to hang out with his old friends, but he felt that he was “living in two different worlds.”

Because of his responsibilities to the gang, he had to turn down opportunities to hang out with his friends from school, leaving him feeling disconnected and written off by his school friends.

“My dad was in prison and my mom was at work, so I didn’t feel like anyone cared about me,” he said.

David chose to spend his time on the streets. He told us, “The gang accepted me, and that felt good; now I was somebody.” Yet David still struggled to feel he belonged in the gang because he lived in a decent neighborhood and went to school, unlike many of his fellow gang members.

It was ultimately the sense of worth he felt from being part of the gang that led him down a destructive path. At fourteen, he was arrested and sent to juvenile detention for two years.

After his release, he got his girlfriend pregnant, fathering a daughter at age sixteen. He wasn’t out for long before he wound up back in jail, where he stayed until he was twenty-one years old.

“I was a scared kid that just wanted to do good, go home and move on with my life . . . but everywhere I would go, I would get into trouble. The more I tried to avoid it, the more it would show up,” he wrote.

While he was in solitary confinement at his facility, David learned that his girlfriend (and daughter’s mom) had died. At that point, he gave up caring about his reputation or staying out of trouble. His anger consumed him, and he became increasingly aggressive.

After his release, David found that he had gained respect from his fellow gang members. “I was not going to lose that for anything,” he said. This led him to dive even deeper into the gang lifestyle until he ended up killing a fellow gang member.

David has now been in prison for the past sixteen years.

“It took me fifteen years to finally change my life . . . I know that the Lord had His hand in my life and brought me to where I am now. I gave my life to the Lord and know that His Word is true.”

Since giving his life to Christ, he has found himself living a completely different life. David now serves as a peer mentor, tutoring others in prison who are studying for their GED. He is also taking college courses.

“All glory to the Lord,” he said. “I thank Him and praise Him every day. He took me from the miry clay. It was tough trying to be a gangster. Jesus really set me free.”

David credits Crossroads as having played a significant role in his transformation. In 2016, he picked up an enrollment card and started his studies “just to pass the time and give [him] something to do.”

He explained, “Since I didn’t read the Bible or have an understanding of it, Crossroads made it easy for me with the fill-in-the-blanks. Then it gave me something to read every morning. And from there, it grew. I started reading [the Bible] from the beginning and started following along and understanding what I was reading and realized that this was true! I signed up for a Bible study program here at the prison and grew even more. I continue to see the Lord guiding my steps and leading my way. . . . I am very thankful for Crossroads. I always look forward to the feedback from the mentors. It’s always motivating and encouraging.”

If you would like to help others like David experience the life-changing love of God, consider donating to Crossroads or becoming a mentor.