‘I Could Have Been Dead, But By God’s Grace, I’m Alive’ 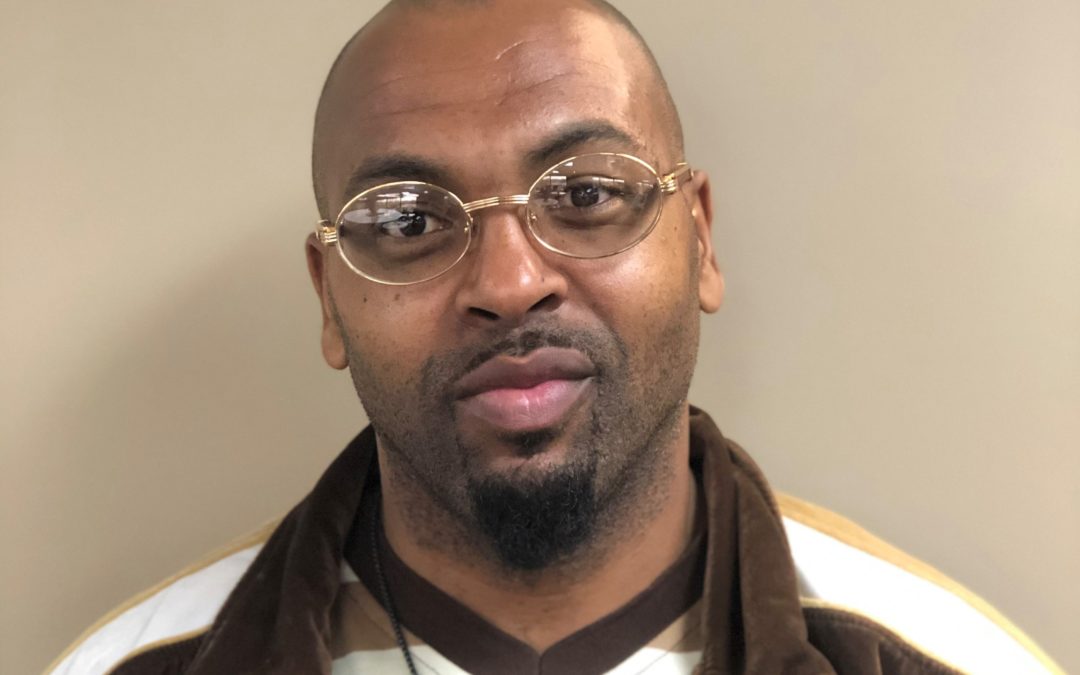 When Gabriel Hardley looks back on his life, which he does often, he is filled with gratitude. There are many times he could have wound up dead.

When Gabriel’s mother was pregnant with him, his father tried to kill her twice, but she and Gabriel miraculously survived both attacks. At age 5, Gabriel was hit by a car and had an out-of-body experience but lived, he said.

“There were so many times I could have been dead, but by God’s grace, I’m alive today,” he said.

The most miraculous saving act of God, Gabriel says, is when he was delivered from a lifetime of self-destructive drug abuse.

Gabriel grew up in an abusive home, and all his role models were drug addicts. He began stealing his older sister’s cigarettes at age 5 and “graduated” to marijuana and other drugs by 11.

Gabriel was in and out of juvenile detention centers throughout his growing up years because of his drug abuse. “I gave up an aspiring football career,” he said. “I started going to juvenile detention at age 13. I didn’t understand the dangers of the life I was living.”

All the while, Gabriel was attending church and learning about the Bible. As he grew up, he began to feel a dissonance between his faith and the life he was living. But he began to justify his drug abuse.

“I would pray before smoking marijuana. I thought it was a spiritual experience,” he said.

Every time Gabriel was sent to prison, he would be surrounded by Bibles. He would read them and recommit his life to the Lord, but he still saw no problem with his drug use.

It wasn’t until his most recent incarceration that God got his attention. Gabriel said God showed him where the path he was on would take him, and it wasn’t pretty.

“Because of the spell that was on me, God had to do get my attention to show me this is a place I no longer wanted to go,” Gabriel said.

Gabriel realized something had to change. He quit abusing drugs and alcohol. He even stopped drinking coffee. “I wanted to get rid of all stimulants,” Gabriel said.

During his time in prison, Gabriel also participated in the Crossroads Prison Ministries mentorship program that helped build his faith.

“Crossroads continued to cultivate my relationship with God,” he said. “The Bible studies helped me develop a better life than the same doom and gloom of the prison environment.”

Now Gabriel is out of prison. He has a good job, he’s sober, he’s working to restore a relationship with his children, and he is giving back as a Crossroads volunteer mentor.

“I was once in there too. So I would like to help people by sharing about my life,” he said.

More than anything, Gabriel is thankful that his life has been made new in Christ.

“One thing I know is this time I’m keeping the change. I don’t wanna sit there and play Russian roulette with all those bullets in the gun anymore,” he said. “The important thing for me now is to not just be happy that my life is OK but to get back in there and let it be known how I’ve changed so people can see the truth.”

Want to help share the truth of God’s Word with men and women in prison? Consider making a financial contribution to Crossroads Prison Ministries. You can make a donation at cpministries.org/donate.