How a Prison Riot and Lockdown Helped a Man Encounter God 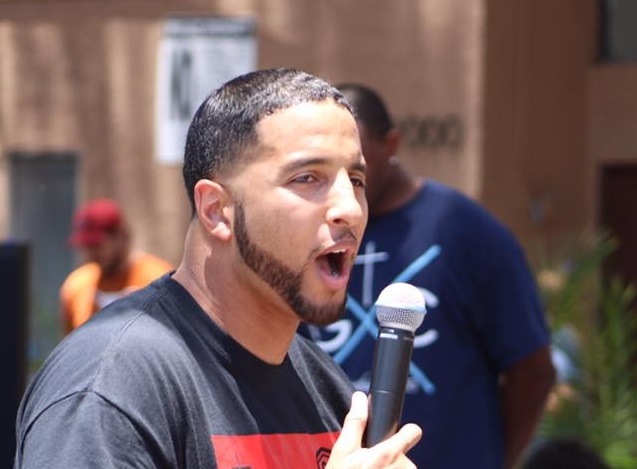 Maurice may have been locked up, but the luxuries of the streets were still available to him.

Even while in prison, he was still smoking the best weed, making alcohol so he could get drunk on weekends and was writing letters to various women who would send him money.

He didn’t view prison as an opportunity to grow and change but as another notch in his belt as a gang member.

But everything began to change in 2009 when a huge riot broke out on the prison yard. A building was burned down and over 100 were injured in the melee. The whole facility went on lockdown after the riot.

It brought Maurice’s fast life to a halt.

“There was no other prison movement. I couldn’t be in the mix and moving fast. I was by myself,” Maurice said.

“And it is in that moment that I heard from God.”

It was in the solitude of his cell one day that Maurice heard God clearly say, “Your way’s not working.”

Maurice, who had no interest in God at the time, casually answered back: “OK, God, show yourself.”

Shortly after this brief interaction with God, Maurice found a small blue Gideon Bible in his cell and began reading it. At first, Maurice saw it just as something to avoid boredom.

“How do you pass the time in prison? You get a routine,” Maurice said. “For me, I woke up, did a little prayer, a little workout, eat breakfast, read Scripture. I did it to pass the time. I didn’t really understand what was happening as I was reading.”

Inside his Gideon Bible, he found a bookmark with information about Crossroads Prison Ministries. Maurice thought it would be another good way to pass the time, so he signed up.

“The lessons were asking me good questions and giving me good insight,” Maurice said. “I had no idea at the time that God was renewing my mind and giving me a new heart. My actions and my lifestyle started changing.”

Through the process of prayer, reading Scripture, fasting and fellowshipping with others, Maurice said the negative things in which he found his identity began to fade away.

“God removed four things from my life – smoking, drinking, talking foul and gangbanging. I was now focused on prayer, reading the Word, fasting and fellowship,” Maurice said. “The world calls it replacement therapy. The Lord calls it deliverance.”

Maurice said God completely delivered him from his past vices. “It’s not even a temptation anymore. I have no desire whatsoever.”

Maurice had asked God to show Himself, and He did. 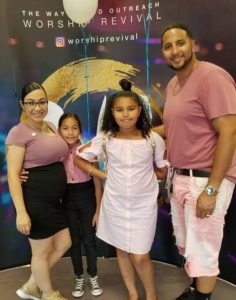 Maurice’s path to transformation was unique. Because he didn’t have a church in prison and nobody was discipling him, he depended on Crossroads Bible lessons and letters from his mentors to grow spiritually.

“What I really started to love about the Crossroads program is the mentors would make comments on the lessons. I remember they would challenge me, ‘Have you thought about this?’ And then I would study further,” he said.

But what stuck out to him the most was that these strangers across the country would take the time to write letters to him.

“I never knew the person I was corresponding with. The fact that someone would take the time to look over my study and give me responses and pray for me was crazy to me,” Maurice said. To this day, Maurice has saved all his Crossroads lessons and letters.

Maurice said Crossroads laid a strong foundation for his faith that he continues to build upon. When he was released, he continued to study the Word and pray. He got a job and found a life-giving church community.

He went on to study through The Urban Ministry Institute (TUMI) and studied social work at a university. He is now married and has three children and works for Prison Fellowship as the field director for the state of California.

Maurice never thought he’d go back to prison after his release. But now in working for Prison Fellowship, he oversees almost 100 volunteers and dozens of programs in 12 prison facilities in California.

“I never planned to go back into prisons. But I know I’m exactly where I need to be,” Maurice said. “Now I can go to the places I once was confined in and I can give back.”

Are you interested in encouraging men and women in prison? Sign up to become a Crossroads mentor.