His Long Search for Truth Ended with Jesus 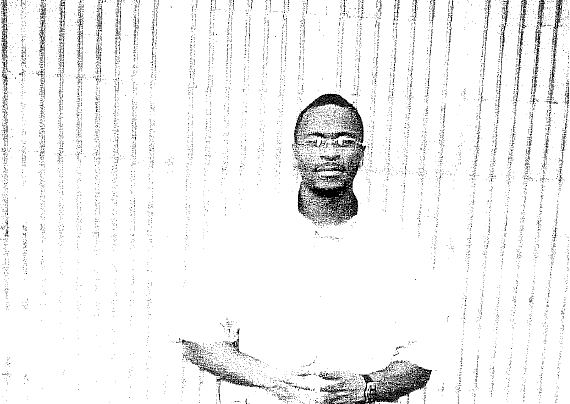 “Jesus found me at the foot of my bed with a loaded nine-millimeter pistol in my mouth and my finger on the trigger. Before I could pull the trigger, tears welled up in my eyes, and my breathing became heavy. A surge of heat ran through my body, and I began to sweat profusely. My hand became numb, and the gun fell to the floor. My body became limp and heavy and I dropped to my knees. I don’t know where the words were coming from; but in a frenzy of sobbing and crying with my face buried in the carpet, I began to cry out, ‘God please help me.’

“I told God all I had done and asked for forgiveness. Instantly, in almost the same breath, my body suddenly felt weightless as though a burden had been lifted, and I began to cry out ‘thank you, Lord.’ Suddenly, I felt the power and presence of who I perceived to be Jesus right there with me in that room, and it was as though a voice inside me said, “I love you. I forgive you. I’m with you always.”

An Encounter with Jesus

Lorenzo grew up in the church, but never developed a personal relationship with God. Coming from a broken home, he dropped out of school in the ninth grade and entered into a world of drug dealing and theft. He engaged in a violent gang rivalry and found himself under investigation for bank robbery and firearm violations.

By age 21, Lorenzo said his life was a “suicidal and hazy mess of drug and alcohol inducement.”  One day his father found him wandering through the neighborhood selling drugs and said, “Son, no one can help you now but Jesus.” He prayed over him and took him home.

Only moments later, Lorenzo found himself in that moment at the foot of his bed, contemplating suicide. He believes his father’s prayer is what saved him that day.

A Light in the Darkness

After his incredible encounter with God, Lorenzo accepted Jesus Christ as his Lord and Savior, got baptized, and became a member of the church his grandmother had attended. As he began to live a new life in Christ, the consequences of his prior life caught up with him and he was finally arrested for his previous bank robbery and firearm violations.

“The fourteen months I spent in the county jail was a dark place in my life in which all I had to hold onto was my faith in Jesus Christ,” Lorenzo said.

But amidst the darkness, God was shining through Lorenzo. Men would see him studying the Word and grab their Bibles to join in. He’d pray over them, and before long they formed a large prayer circle every night. Some of them thought he was crazy, but he didn’t care. He was so in love with Jesus that he even washed the feet of several cellmates. “God used me to lead men to faith in the Lord Jesus Christ and in every dark cell I was housed in, Jesus, the light of the world, shined.”

Lorenzo had experienced God’s power and presence and was growing in his faith. But it all changed in a moment when, at his sentencing, a judge handed him a 41-year prison sentence.

Lorenzo was crushed. Reckoning with the fact he would spend much of his life in prison, Lorenzo began to doubt and question God: What was he doing wrong? What was he missing?

Seeking answers, he prayed earnestly, “God, wherever your truth is that’s where I want to be.”

Lorenzo found himself searching the traditions of Buddhism, Native American Spirituality, Islam and other religions. For over 10 years, he sought truth in many places, but ultimately came up empty. Though many belief systems professed a belief in God, there was no peace, hope or joy. Lorenzo was missing the power and the presence of the God who had initially appeared to him many years before, saying “I love you. I forgive you. I’m with you always.”

God revealed that He desired more than to save Lorenzo or release him from jail, but He wanted Lorenzo to know Him intimately and have a personal relationship with him. That’s when Lorenzo heard the Spirit of the Lord tell him to remember where he had fallen from, to repent and return to his first love.

Rededicating his life to Jesus Christ, Lorenzo has grown close God. In 2017, he enrolled in the Crossroads Prison Ministries mentorship program as a way to strengthen his faith. Lorenzo is grateful for the insightful Bible lessons and encouraging, caring mentors he has met through Crossroads.

“Crossroads and its mentorship program have helped me to grow tremendously in my knowledge and understanding of God and His Word,” Lorenzo said.

You can walk alongside people in prison, like Lorenzo, and encourage them on their spiritual journeys. Find out more about becoming a Crossroads mentor today!