His Arresting Officer is Now His Spiritual Father 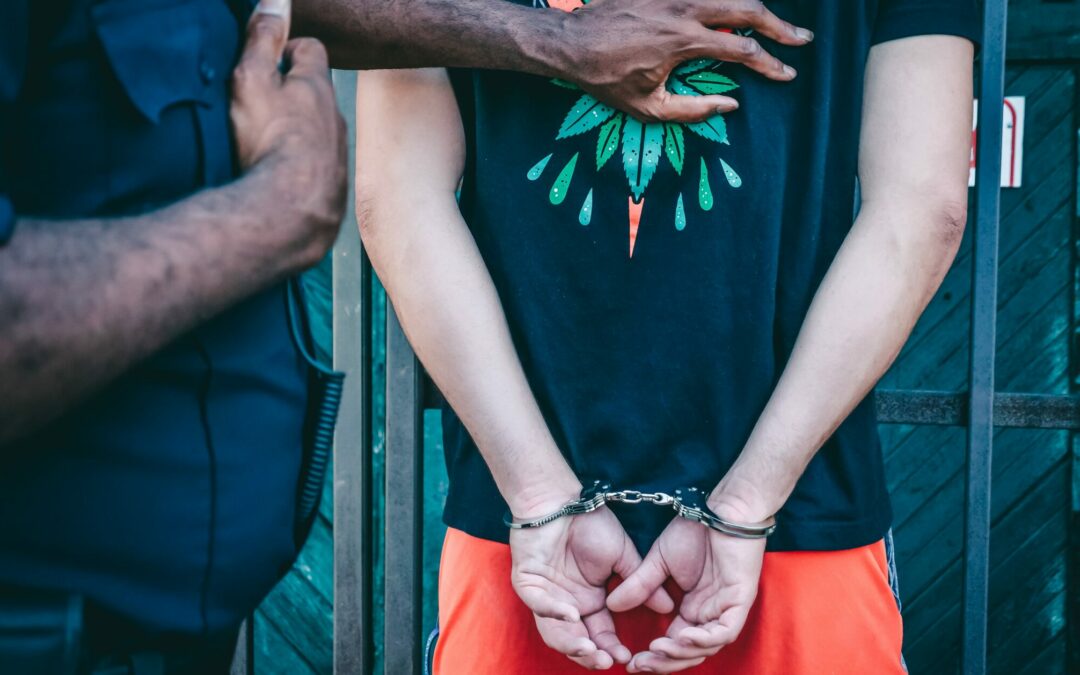 Brian was raised in a Catholic family. Although he attended church dutifully, he couldn’t shake the feeling that something was missing.

“I never really connected with God,” he remembered, “but I continued through my confirmation and first communion.”

After joining the military, Brian became a eucharistic minister for the Catholic church services at boot camp—“more for the chance to be away from my drill instructors for about an hour a week,” he said.

Not long after that, he decided Catholicism wasn’t for him.

“I became very disillusioned with the Catholic church and [its] teachings,” he said. “They never led me to a relationship with God. It was so ritualistic. I ended up renouncing my faith and professed to be an atheist.”

A few years later, he met and married a fellow Marine. Upon her return home from a deployment, his wife informed him that she had become Wiccan. Brian figured he’d give another religion a try.

“I went to a few of her circles and ended up getting drawn into it with her,” he said. “I declared Wiccan faith in 1994 and remained a follower until I was incarcerated in 2011.”

Still, something seemed to be missing. “I found the Wiccan faith much like my Catholic faith in that I felt no relationship to the gods,” said Brian.

Wiccan practices allowed him to do whatever felt good to him as long as he wasn’t harming others. This moral ambiguity led him down a slippery slope, culminating in his arrest in April 2011.

The sheriff who arrested him turned out to be a fellow Marine who remembered Brian from their time together on a base in North Carolina. The sheriff had noticed the many Wiccan books Brian owned while searching his house prior to the arrest. As he drove Brian to the police station, the sheriff boldly took the opportunity to witness to him.

“He said, ‘Maybe it’s time you put down one book and pick up another.’ I knew he meant the Bible,” Brian recalled.

As soon as Brian arrived at the county jail, he requested a Bible. “Something [the sheriff] said caused me not to deny his advice,” he said. “I’m sure it was the Holy Spirit using his words to convict me.”

Once Brian started reading the Bible, he was hooked. The words began to come alive in a way they never had before. “I [felt like I was] plugged into an outlet,” he remembered. “I was buzzing with energy.”

About a month later, he professed Jesus as his Savior and gave his life fully to God. Finally, he had found the missing connection and filled the God-shaped hole in his heart.

“It was the best decision I’ve ever made!” Brian declared. “I started to [understand] the relationship God wanted to have with me.”

Hungry to learn more, he eagerly signed up for several correspondence Bible studies, including Crossroads. He recently completed Tier 1 and began working on his first Tier 2 course with a one-on-one mentor.

As he continues to study Scripture and grow closer to Jesus, he looks forward to what God has in store for his future.

“I feel God leading me to a prison/jail ministry upon my release in December 2024 or so,” he said. “I’m not sure how, but I know that if it’s His plan, He will make it happen.”

Brian’s desire to serve others after his release stems from the impact the sheriff had on him all those years ago.

“One thing that God used to save me is the sheriff who arrested me,” Brian said. “I will be forever a spiritual son to him, and he my spiritual father.”

You can mentor people in prison like Brian and help them discover and nurture a relationship with Jesus. Interested? Learn more about becoming a Crossroads mentor.