He was ready to give up on life, then God began to change it 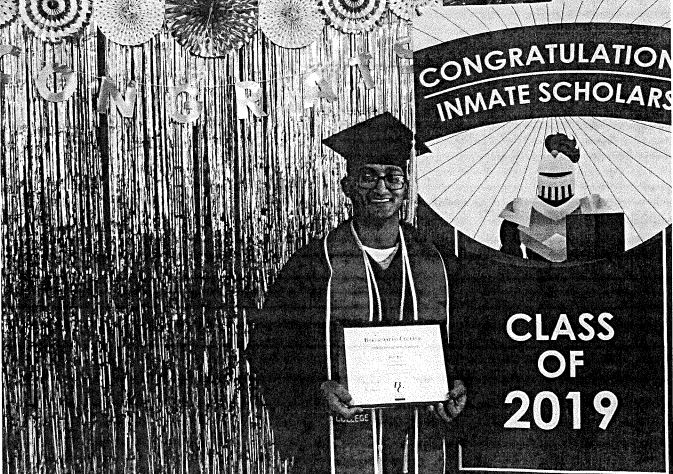 “My knowledge of God was that He was holy, righteous, jealous, perfect and angry and that He would punish sin because He is a just God. Therefore, I needed to act accordingly,” Peter remembered. “Although I knew He was a forgiving God, my understanding was that repentance meant living a totally transformed life—not sinning ever again. At that young age, I realized that was impossible for me to achieve.”

Still, he tried to follow all the right steps. He would confess his sins, ask God for forgiveness and accept Jesus as his Savior. “That is, until I sinned again and would need to repeat the ritualistic process all over again during altar call every Sunday and Thursday,” Peter said.

As he struggled to follow Jesus perfectly, he also faced many disappointments. He desperately wanted to play sports like the other kids, but his mom, who was raising him on her own, didn’t have the money for equipment or participation fees.

“On top of that, I missed my dad. He was deported to Mexico when I was eight years old,” Peter said. “I never saw my dad again, even though I prayed fervently for his return.” 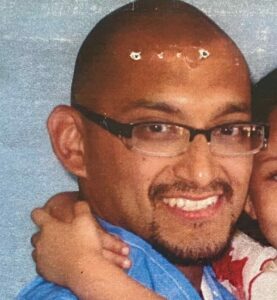 Over the years, Peter’s heart began to harden toward God. “I began to question God’s legitimacy, His concern for me and His ability to answer my brokenhearted prayers,” he said. “I gave up on God, church, Scripture and prayer.”

Needing something to fill the void, Peter turned to the streets. He discovered marijuana, meth and alcohol, and he began committing robbery and acts of violence. He felt like he had finally found a place to belong.

“I felt accepted, respected and loved by my peers,” he said. “I quickly adopted some of the principles, mentalities and core values of the criminal lifestyle. And I felt proud of who I had become. I loved the feeling of being fearless and not afraid to die.”

As for God, Peter was done. If he could never be good enough for God to accept him, why even bother?

This mindset led him further down a destructive path. When he was twenty, he killed a man “in a hot-blooded rage” and received a sentence of twenty-nine years to life.

“While in prison, my violent behavior progressed. I became worse because I lost all hope,” said Peter. “I broke the law continually and assaulted an inmate with a weapon. Twelve years were added [to my sentence], totaling forty-one years to life.”

Eventually, the severity of his sentence began to sink in. He realized he didn’t want to spend all those years in a prison cell. He began thinking up ways to die or force someone to kill him.

One day, he was listening to a message from Billy Graham. Billy’s voice broke through Peter’s pain, anger and despondence.

“I heard him say, with a loud voice and conviction, ‘God loves you with an everlasting love! It doesn’t matter what you’ve done. He still loves you! He has not given up on you. He is calling you to come back to Him,’” Peter recalled.

Tears began to flow as Peter cried out to God for forgiveness and freedom from his self-destructive ways. “I prayed the salvation prayer. And ever since then, I’ve never been the same. I’m a changed man,” he said.

Peter began devoting his time to Bible study and signed up as a Crossroads student. Having completed Tiers 1 and 2, he is now studying Crossroads’ advanced Tier 3 courses.

“I thank God for Bible studies like Crossroads, because they have allowed me to absorb correct doctrine and have a firm foundation in the basic principles of Scripture,” Peter said. “I’ve learned to put my trust and confidence in my Savior, Jesus.”

Crossroads has also helped Peter develop strong study habits—not only with his Bible studies but with college courses as well.

“I was so used to delving into God’s Word, I applied that same tenacity and studiousness to my academia,” he explained. “I earned my AA degree in communication studies and liberal arts. And, glory to God, I was top of my class—the valedictorian.”

Peter credits his Crossroads mentors as essential to his personal and spiritual growth.

“I’ve had two mentors as I’ve studied Tier 2: Carol and Bea,” he said. “Carol never gave up on me. She encouraged me when I was stressed out, overwhelmed and feeling defeated by temptation and sin. She retired, and Bea became my mentor. Bea is motivational. I needed her guidance at precise moments in my life—even to help me finish Tier 2.”

Since his arrest, Peter has learned a lot. But one of the most important things he has learned is that he doesn’t need to earn God’s love or salvation. He’s discovered the beauty of grace.

“Now I understand that the punishment for my sins was poured out on God’s Son. And I am declared justified by faith in Christ Jesus,” he said. “I have been reborn, sealed by the Spirit unto eternity. Satan cannot deceive me anymore nor challenge my identity in Christ.”

Peter knows he’ll never return to his old life. “That man ‘Crazy’ (my previous nickname) is dead. Never to be alive again,” he said. “I am a new creation.”

Will you walk alongside someone in prison and help them discover God’s gift of grace? Learn more about serving as a Crossroads mentor.