‘He didn’t leave me wandering’ 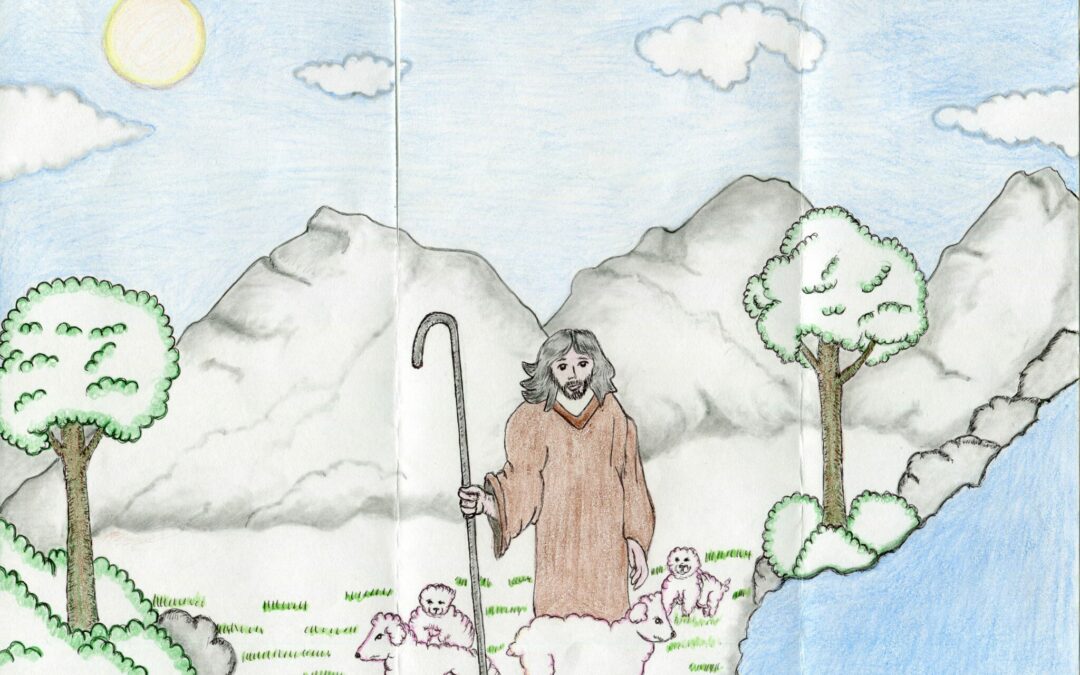 “If a man owns a hundred sheep, and one of them wanders away, will he not leave the ninety-nine on the hills and go to look for the one that wandered off? And if he finds it, truly I tell you, he is happier about that one sheep than about the ninety-nine that did not wander off.” – Matthew 18:12–13

Another mistake, another arrest. Luis found himself in jail—again. He was sick of the cycle, but he didn’t know how to break it.

He had grown up in a Catholic family that attended mass every week, but he found religion boring. It didn’t take long for him to choose his own path.

“I lost myself at a young age,” Luis remembered. “By twelve, I was using drugs and drinking. My days were spent on the streets. I thought life was great; I did what I wanted when I wanted.”

When Luis was sixteen, tragedy struck: his sister passed away.

“It broke me,” he said. “But, being stubborn, I ran deeper to the life I knew rather than to God.”

He ignored the people in his life who were trying to lead him back to Jesus. Instead, he attempted to drink away the pain and emptiness in his heart.

“By twenty, I was a mess,” said Luis. “I had a criminal record, a huge void I could not fill and a broken family.”

Deep down, he knew he had to make a massive change to get his life back together and provide for his daughter. But he still needed one more wake-up call.

“A little later, I found myself in the same predicament, back in jail with a new charge,” he said. “I made a new dumb decision: I did heroin for the first time. But at that moment, everything changed.”

Luis was finally ready to leave his old life behind. He fell to his knees and cried out to God.

“I didn’t know how to even talk to God, but I remember my mom telling me once that we can talk to God as we would a friend, so I did,” he recalled. “From that moment, I started to change. It was not easy, and I did fall a few times, but through it all, God was there, upholding me and guiding me as I stumbled along.”

Not long after Luis surrendered his life to Christ, he signed up to study the Bible through Crossroads. As his biblical knowledge and love for the Lord grew, he began to see an abundance of positive changes.

“God has done so many great things in my life. I’m sober now, I’ve restored relationships with my family and I’ve been building a relationship with my daughter,” he said.

Having completed Tiers 1 and 2, Luis is now ready to begin the more advanced, seminary-level courses in Tier 3.

“I’ve been doing Crossroads for [ten] years, and I always tell others of it,” he said. “These lessons start you off with the basics and build you up from there. Also, the mentorship is great—I love the feedback and the encouragement.”

In his Tier 3 application, Luis compared his journey to that of the lost sheep in Jesus’ parable:

“Jesus is teaching us [in this parable] that God the Father cares for those that have gone astray,” he wrote. “For me, this hits home. Growing up, I was taught about God and His salvation, but I went my own way. Well, He didn’t leave me wandering around, grazing in unknown pastures; He went looking for me and didn’t stop until He found me, got my attention and set me on the right path.”

Now that Luis has discovered God’s path for him, he looks forward to gaining an even greater understanding of Scripture so he can continue to lead and encourage others.

“Though I have been incarcerated, it has not been in vain. God has used me in lifting up fellow prisoners as well as family members,” Luis said. “I know God is not done with me yet. He is still at work in my life, and I’m excited to see where He leads me from here.”

Many Crossroads students like Luis are serving as spiritual leaders in their facilities. Are you interested in mentoring a student leader through Crossroads? Learn more about becoming a mentor here.