‘He burned my barley field’ 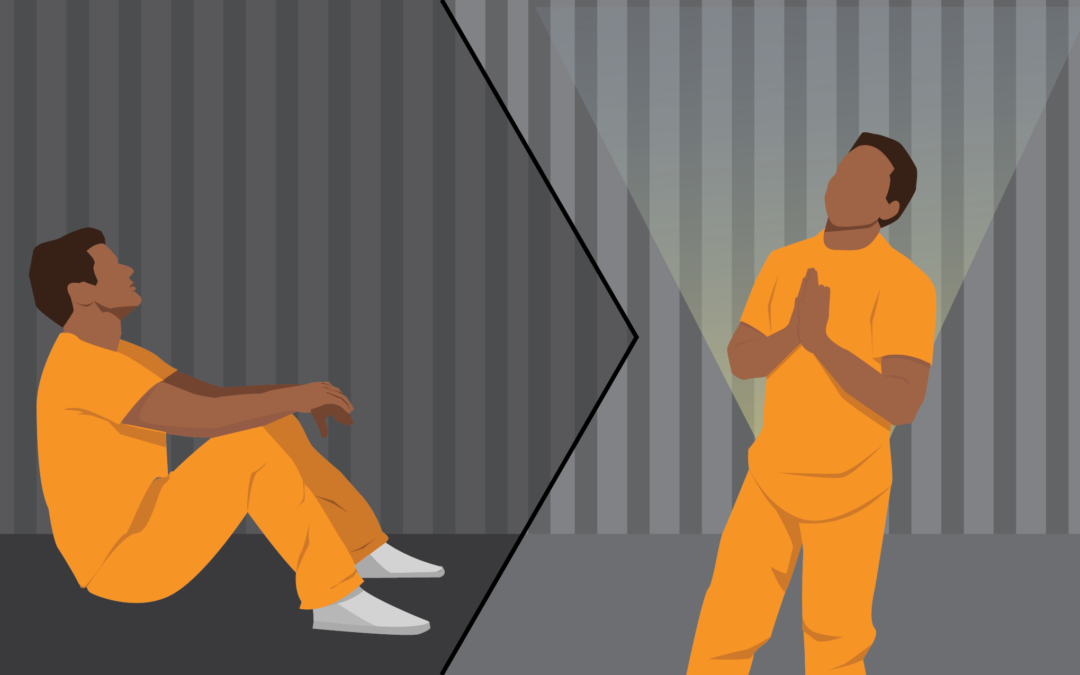 In a recent letter to Crossroads, John, a student in North Carolina, began his message with a wholehearted proclamation of faith. He wrote, “My name is John, and I am a Christian!”

Today, being a follower of Christ is a primary part of John’s identity. But John’s faith hasn’t always been so confident. He continued, “I was born to a Christian family. My dad was a deacon; mom was a Sunday school teacher. I believed I was saved at eight years old: I walked the aisle, said the prayer, was baptized, [attended] children’s church, went to Christian school for a couple of years. But I did what I wanted, not what God wanted.”

As he grew older, a series of misfortunes befell John and his family. First, John tried and failed to find a sense of belonging in another person. After three divorces, John finally found a woman he considered to be “the one.” Sadly, soon after they married in 1995, she was diagnosed with an inoperable brain tumor. This diagnosis began a decade of radiation and hospital visits before her battle with cancer came to an end with her death in 2009. Then, in the two years after his wife’s death, John watched, helpless, as his aunt and his father both struggled with health issues before eventually succumbing to their respective diseases.

In the face of all this grief and hardship, John stubbornly refused to turn to God. He wrote, “During all this time, I never prayed. I never turned to God. I thought I could do it [alone]. . . . God was trying to get my attention, [but] I was not listening.”

Finally, in 2013, his lifetime of difficulties came to a head. At the lowest point in his life, John was arrested and sent to jail. A week after his arrest, sitting in a jail cell, he broke down. Relying on the seeds of Christianity that had been planted in his youth, he realized that he needed to draw near to Jesus. He reached out for support and was referred to Crossroads.

When describing this period in his life, John drew from 2 Samuel 14:28–32. In John’s words: “I believe everything in the Bible is an example to us. . . . [In this passage,] Absalom wanted to see his father, King David, so he sent a messenger to Joab (David’s right-hand man). He was ignored, so he sent a second messenger. Still ignored. So he had his servants burn the barley field of Joab. That got his attention.”

Reflecting on this passage, John wrote, “God had been merciful and patient with me for years. He kept calling; I wasn’t listening. Then, He burned my barley field.” God gave John the wake-up call he needed to accept salvation.

Today, John doesn’t meet his losses or his imprisonment with anger and resentment; he meets them with gratitude and praise. “I’ve lost everything I ever had; praise the Lord. . . . I thank God for burning my barley field,” he declared.

Since that first week in jail, John has been studying the Bible through Crossroads. He wrote, “These courses have been a blessing and have helped in my spiritual development and growth as a Christian.” Growing up, John wasn’t sure of his faith. But, as he says, “I am sure now.”