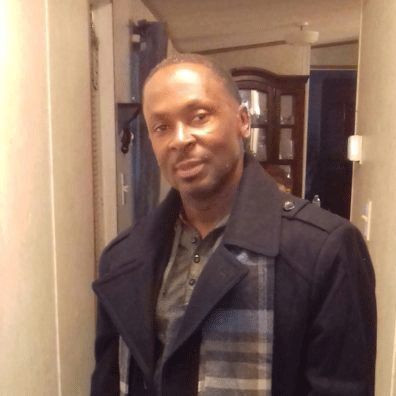 Tairone was raised by his grandparents to go to church every Sunday. But the other six days of the week, his religion was running the streets.

And while his grandparents taught him Scripture, his uncles taught him the ins and outs of the drug game.

It didn’t take long for Tairone to choose what religion he would follow. What started as selling weed in junior high snowballed into a career of selling crack cocaine as a young man. Before long, Tairone became the go-to drug dealer in his community.

“With that lifestyle, I lied, cheated, gambled and had many women. This became a way of life that drove my ego,” Tairone said.

Everything came to a screaming halt when Tairone was arrested in a police sting operation.

Handcuffs, cop car, jumpsuit, jail cell. Just like that, Tairone’s fast life of hustling, clubbing and running the streets was over.

November 18, 1998—it’s a date Tairone will never forget. It was the day he says he heard God’s voice more clearly than ever. He was lying on his bed in his cell. His mind was racing, thinking about the family and friends he had let down and the promises he had broken. Rehashing all his past sins, Tairone tried to come to terms with the inevitable—a long prison sentence. Was life even worth living?

In the midst of the chaos in his mind, Tairone heard a still, small voice: “Tairone, I am a jealous God.”

“I knew it was God,” Tairone said. “I knew I had to stop playing games and I surrendered my life to Him.”

After being sentenced to life in prison, Tairone surrounded himself with Christians who kept him encouraged. A friend introduced him to Crossroads Prison Ministries (then known as Crossroad Bible Institute).

“I fell in love with the lessons and instructors,” Tairone said. “I thank God for their patience, love, encouragement and instruction.”

Equipped with God’s Word, Tairone began sharing the Gospel with others in his facility. He saw men’s lives radically changed when they met Jesus. One man, who was a member of the Mexican Mafia, left behind his gang after Tairone led him to the Lord.

“God was changing people’s lives,” Tairone said. “I didn’t like prison. But I learned that we may not want to be in a particular place, but God always has a purpose and plan for us, no matter where we are.”

Tairone also was made a mentor in the suicide watch program in his prison, where he continued to share God’s love and truth to those who were hurting.

This whole time, Tairone trusted the Lord that he would one day be set free from prison. Despite being handed two life sentences, Tairone said he trusted that God would deliver him.

In 2016, his prayers were answered when he was granted clemency by President Barack Obama. Out of the thousands of petitions, Tairone was one of sixty-one prisoners to receive clemency.

Today, four months since he was released from prison, Tairone’s voice is still filled with awe and wonder when he talks about his newfound freedom.

“Being able to look at God’s creation—the trees, the flowers, the sounds of cars, to see people. It’s just really amazing,” Tairone said, attempting to come up with words to describe the joy in his heart.

Tairone is not taking his second chance lightly. He has found a good job and strong home church. He has a passion for reaching the youth of his community with the message of the Gospel.

Now he leads his church’s van ministry, driving throughout the city picking up teenagers to take to church on Sunday mornings. He shares his life story and the truths that he learned from his Crossroads Bible studies.

“Crossroads opened my eyes up so much. It’s such a blessing to know God is real and to be able to trust him in every area,” Tairone said. “I want to share this with everyone.”