Good Friday Reflections: We Are All Barabbas 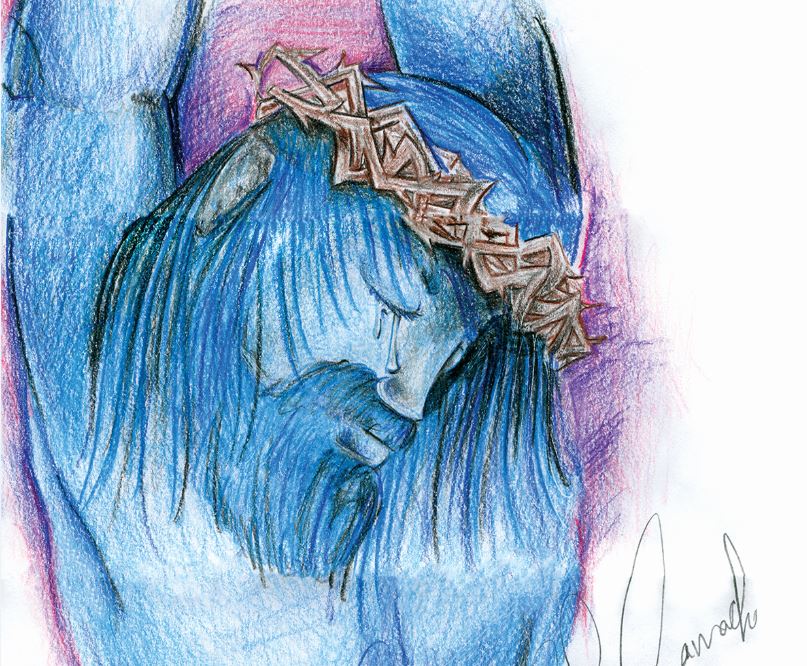 This Friday, as we near the end of Holy week and ponder the familiar story of Jesus’ road to His crucifixion and resurrection, I find myself pausing to reflect again on one of the many people Jesus crossed paths with on the way to the cross – Barabbas.

Barabbas is a somewhat overlooked character in the Biblical narrative that I’ve easily glossed over.

According to Mark and Luke, Barabbas was in prison for inciting a riot against Rome and for murder. Pontius Pilate, the Roman official who presided over Jesus’ trial, gave the crowd the option of releasing this convicted murderer and terrorist or Jesus.

Since I began my ministry with Crossroads, my thoughts often find their way back to Barabbas.

What did it feel like to be escorted off the platform to freedom amid the chilling chants of the crowd?

Barabbas had been on death row for his actions. He was facing the most excruciating and humiliating death possible, and then suddenly he was free, and his record was expunged.

I wonder what level of interaction Barabbas had with Jesus. Did their paths cross after Jesus’ arrest and before this surreal moment where Barabbas was set free? Had Barabbas seen Jesus beaten? Had he overhead Jesus’ conversations with the guards and those who interrogated him? What had Barabbas heard about this man whose death would mean his freedom? Did he stand among the crowd at His crucifixion? And did he walk away believing Jesus is who He said He is?

I wonder how Barabbas’ life looked different after that day.

And I can’t shake the thought that Barabbas’ story is also my story.

That Barabbas’ story is all our stories.

Our lists of grievances against God are long. They put us on an eternal death row, but Jesus took our place and cleared our rap sheet. His death and resurrection freed us and give us access to full, abundant, eternal life with God.

Through Crossroads, I’ve had the opportunity to read countless testimonies of men and women in prison. In reading their stories, I see glimpses of myself, my family and my friends because our stories all share common themes. They are all stories of searching for meaning, fulfillment and purpose in things that do not satisfy. They are stories of searches that led down destructive paths.

Without an encounter with Jesus, I know that my story and the stories of so many people I love would look drastically different.

Hebrews 13:3 instructs us to “continue to remember those in prison as if you were together with them in prison, and those who are mistreated as if you yourselves were suffering.”

I am reminded that my sins and grievances lead to suffering. Just as many people suffer in prison because of their actions in violation of the laws of their community, we all have broken the law of God and we suffer under the weight of that sin and shame which alienates us from God.

Jesus steps into our place and gives us a full pardon.

As I grow in my understanding of this unfathomable grace, my remembrance of those in physical prisons grows more urgent. While I cannot free them from prison, I can offer them the opportunity to experience the same freedom from bondage to sin and shame that I experience in Jesus.

Jesus did not forget the prisoner. Jesus Himself was a prisoner, and He extended grace and mercy to His fellow prisoners as He died alongside them on the cross.

So, this Good Friday, let us remember those in prison as if we were together with them. Let us pray that they are overwhelmed with His peace amid this pandemic to which they are particularly vulnerable.

Let us pray for our brothers and sisters behind bars that they would experience the love of Christ.

Let us pray that they, like Justin E., a student in California, would be able to say: “Though I am doing life in prison, I’ve never felt more free.”