‘God got ahold of my heart something fierce’ 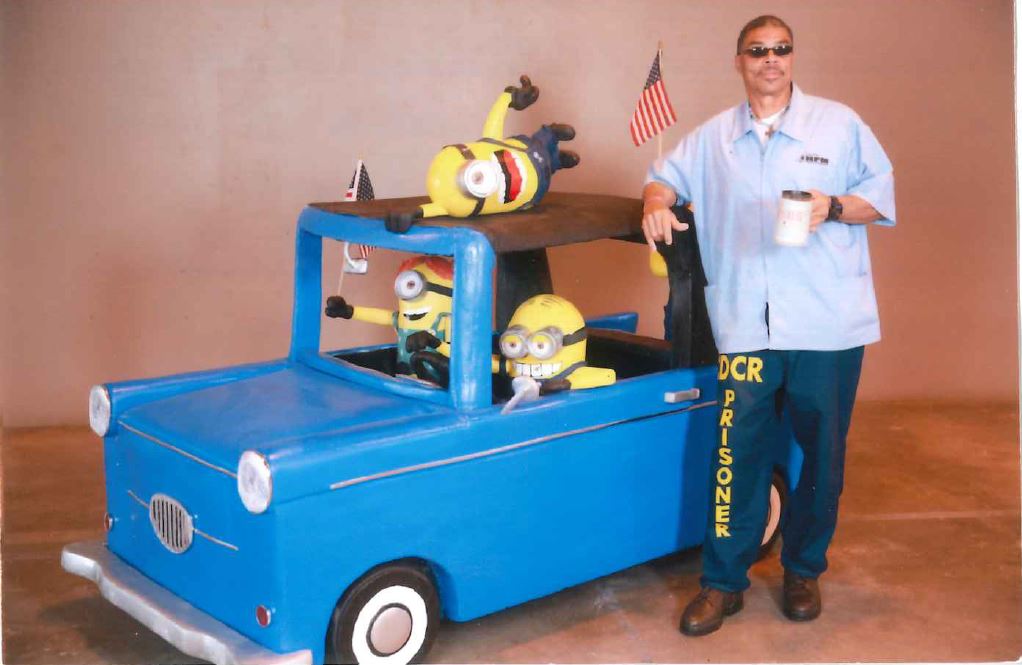 Growing up in Baptist churches in the 1960s and 70s, Timmie remembers saying the “Salvation prayer” more times than he could count. But it wasn’t until his most recent trip to prison that he discovered a real life-transforming relationship with Jesus.

Timmie grew up as an unwanted child, born out of an adulterous relationship. His mother had four children after Timmie with three different men. As a child, he experienced mental, emotional, physical and sexual abuse. As a result of this torment, he found himself in trouble with the law often. His first run-in with police was in first grade.

Over the years, he continued to engage in criminal activity but also attended churches mainly made up of “Sunday Christians.”

“There were tugs at my heart to get right with God for so many years,” Timmie said, adding that he didn’t respond to them.

Even as he ignored God’s nudges to follow Him, Timmie now recognizes how God protected him over the years. “Many people with cause had the opportunity to drop me dead where I stood,” Timmie said. “I am still in awe that I’m alive.”

But in the moment, he couldn’t see how God was working in his life. Timmie was so blinded by bitterness and hate that one day he began making a list of people who had wronged him that he planned to kill.

“In my messed-up mind I had to get revenge on them,” he said.

Timmie was leaving his home to carry out his bloody revenge plan when he says he dropped to the ground. “Out of the blue I felt like I got hit in the back of the neck with a club. It dropped me to my knees,” he said. “I knelt there praying and crying for what seemed like hours, broken and empty.”

When he opened his door, Timmie encountered a man, decked out in biker gear. “God told me to come stand in front of this garage,” the man said.

This man was a pastor and he led Timmie to the Lord on the spot. Timmie began attending church and was “on fire” for the Lord.

But over time, Timmie fell back into his old ways and began struggling with his faith. It was during this time that he was arrested in connection with a 1980 cold case homicide. He was convicted and handed a life sentence without the possibility of parole.

This was Timmie’s rock bottom, and his faith was shattered. But soon after he was sent to prison, a group of men began gathering outside his cell for Bible study and he began joining them. Around the same time, he enrolled in the Crossroads mentorship program and began growing in his love for the Lord.

“God got ahold of my heart something fierce,” Timmie said. “I have been committed to serving God every day since. I’ve been set free from ailments and lifelong addictions.”

Crossroads now has been a part of Timmie’s life for 15 years. “These studies have carried me throughout some tough days and give me opportunity to share with others what has impacted me,” Timmie said. “My Crossroads mentor has been a delight to communicate with and her feedback and input are always helpful and insightful. She keeps me grounded and focused on God and His love for me.”

Do you want to get to know someone in prison? Not only can you bless them, but they will bless you! If you are interested in reviewing prisoners’ Bible studies and exchanging letters with them, sign up to become a Crossroads mentor.