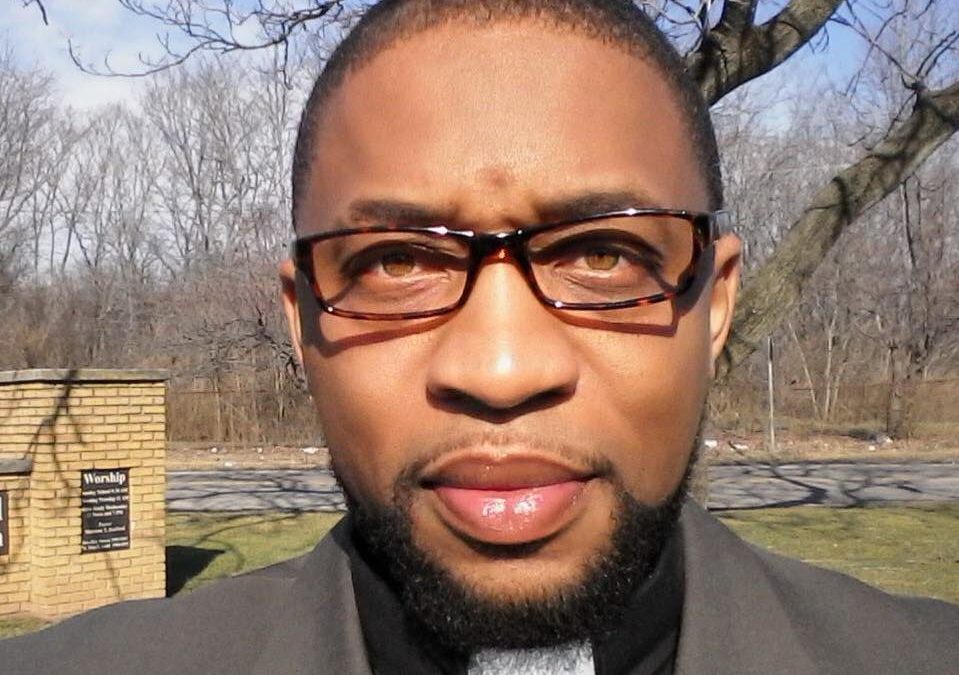 When Dr. Herbert McClain was released from prison, he prayed to the Lord for direction and guidance. But after 15 years of incarceration, Dr. McClain found it difficult to find familiarity on the outside.

“I asked the Lord what to do, and he said just do the same things you were doing in prison. Well, in prison, I was encouraging people all the time,” McClain said.

McClain was very familiar with the art of encouragement. “I would always have a Scripture reference and encourage people. To just see their faces change before my eyes was amazing. It gave me such confidence in the transforming power of God’s Word.”

When God told him to continue using this gift, Dr. McClain said to himself, “Well, it’s a little different out here!” He struggled to use this gift in his new environment.

But as he stood in his bathroom in Indianapolis, Indiana, he felt he heard God tell him to use what he had in his hands. McClain looked down to see his cell phone.

“And so my very first Facebook video I did was right then and there. It was about changing your bathroom into a sanctuary. And I was singing ‘Holy is the Lord’ in there.”

McClain had no clue how God planned to use that video. With God’s hand through it all, one video turned into two videos, and then a third.

“It just went from there—from one view to two to three, to just networking with people. It went from that to now 10,000 people,” he said.

McClain aptly named it “Encourager Ministries,” because he wanted to serve the Lord with his gift of encouragement.

It was McClain’s time in prison that prepared him for his current social media ministry.

While in the Dade Correctional Institution, he encountered Crossroads Prison Ministries. He was introduced to a way of living he never knew existed.

“It gave me hope…and I was able to cope with where I was at based on this new life that I found in Scripture.”

With this newfound life, McClain submersed himself in the Word. “I just became a Bible freak,” he said.

His passion for the Word became so tangible that others around him began to notice, even though McClain described Dade as a place where “nobody feared the Lord.” God worked through McClain to change that reality.

“I would read my Bible as I walked around the rec yard. One guy asked me a question about what I was reading, and I’ll never forget this moment,” McClain said.

He began telling the man about the Crossroads Bible study he was working through.

“His mouth dropped open,” McClain said. “‘Wow, you taught me something that I never knew,’ he told me.” The man asked McClain if he could find him the next day at rec time to ask him more questions.

The next day the man returned with a notebook full of questions.

“So as I began to answer his questions, he became so enamored that he began to tell other people that would walk by on the track to come listen too.”

This encounter was the beginning of McClain’s own prison ministry, where 30 to 40 men would gather to read the Word, worship and pray together. Most importantly, they would encourage and lift each other up.

“We called it the Gutter Circle because we would meet right by the gutter where the water would fall down into the rec yard,” McClain remembers.

As McClain continued to encourage his brothers in prison, he completed all three tiers of the Crossroads Bible study program. The program left him hungry for more and more Scripture, and he loved the opportunity to wrestle through his thoughts with his mentors.

“The mentorship was the most essential part of the Bible courses,” he said. “Just to see their comments—‘great,’ ‘excellent,’ ‘awesome.’” It just encouraged me so much to want to do the next lesson and want to do the right things.”

McClain’s hunger for more Scripture continues today as he uses the Word to encourage his brothers and sisters in Christ.

As Encourager Ministries grew in its impact, churches began asking McClain to speak. This Easter Sunday, McClain will be speaking at The Kingdom Builders Christian Connection Church in Indianapolis. Reflecting on the resurrection, McClain wants his fellow brothers and sisters to know that “without the resurrection, our faith is futile.”

McClain knows the power of the resurrection firsthand. His very life is a testimony of God’s power to bring what is dead to life. And he won’t stop telling people about it.

Do you want to encourage men and women in prison? Find out more about becoming a Crossroads mentor.