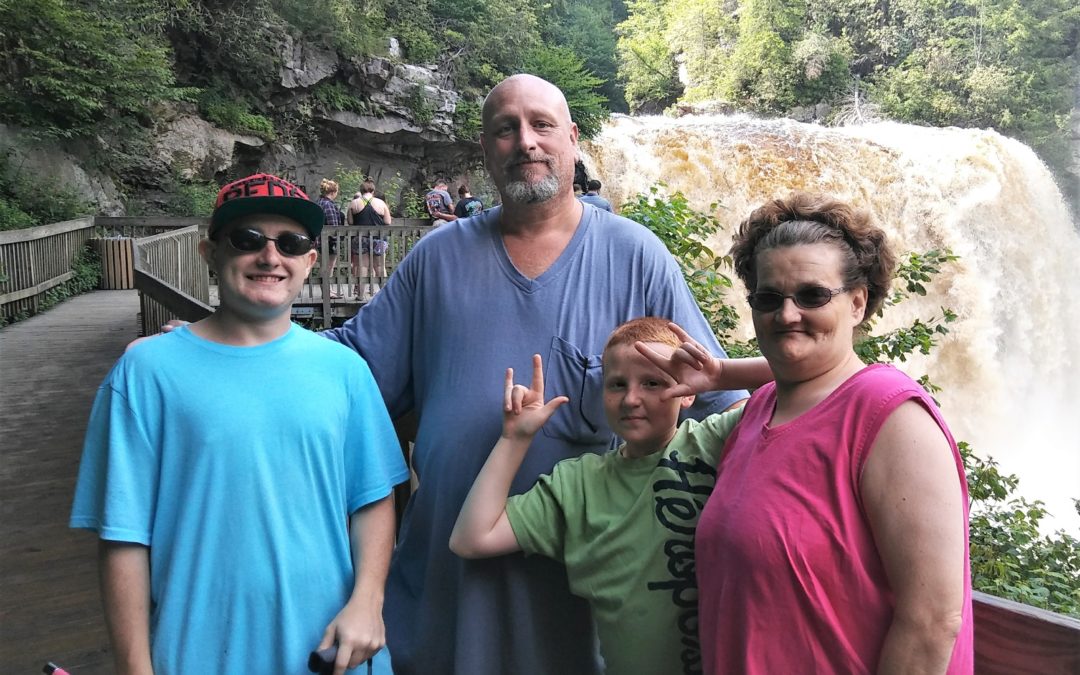 Crossroads mentor Richard knows how much a letter can mean to someone in prison.

Because he’s been there. He’s been on the receiving end of simple acts of kindness from strangers, and now he’s giving back.

As a Crossroads mentor, now he is the one writing letters that bring hope to men and women in prison he has never met. He also reviews prisoners’ Crossroads Bible lessons, offering encouragement and guidance on their spiritual journeys.

He knows what life is like for those in prison and is familiar with the pains, struggles and mistakes that got them there.

Richard’s own life has been full of twists and turns, heartache and happiness, failure and freedom.

As a child, Richard was rebellious and disobedient. He hoped to make a change after he became a Christian at a children’s church camp. When he returned home after the church camp, he couldn’t wait to tell his parents about his newfound faith.

But when he told his parents about how he had given his life to Jesus, they said, “That’s good. We’ll see if your attitude changes.”

Richard was crushed. Over time, life returned to normal. His rebelliousness grew as a teenager. He ran way from home and began stealing cars. This lifestyle led to stints in juvenile detention, a psychiatric hospital and ultimately jail.

Richard was in and out of jail for much of his young adulthood. Things got worse and he ended up in prison in Michigan. But this rock bottom was the beginning of life change for Richard.

During his incarceration, he discovered Crossroads Prison Ministries and he began growing closer to God through the Bible lessons and encouraging letters from his mentors.

When Richard was released, however, he didn’t have a support system so he ended up going to prison three more times. During his last prison sentence, he was bitter and mad at God.

His attitude began to change when he met a young man who he knew on the outside as a drug addict and a drunk. But something had changed in this man’s life. He walked around the prison yard with a gentle confidence and a “glow,” Richard said. He was always toting a little copy of the New Testament.

“God was reaching out to me through someone I did not expect and someone much younger than me,” Richard said. “He was all the support I had for a while and he put up with my constant complaining and continuously encouraged me to pray and read the Word.”

Over the course of his incarceration, Richard went from bitter and angry toward God to on fire for the Lord. What he had learned about Jesus through Crossroads began flooding back into his mind and heart, and his life began to change.

When Richard was released, he found a Christian community to walk alongside him while he readjusted to society. Now Richard is pursuing a degree in Biblical studies and has a dream of one day starting a reentry program for returning citizens.

It’s been a long road for Richard, but he points to Crossroads as a critical point in his journey.

“The real journey, if you ask me, began years ago with Crossroads. They helped inspire me and helped me get back on track with God through their studies even though I later messed up,” Richard said.

Last year, Richard felt like God was calling him to give back by becoming a Crossroads mentor and reaching out to men and women in a situation that he had previously been in. He is a Crossroads mentor because he knows what it means to receive a letter when you are in prison and how letters can be a tangible expression of God’s love.

“Every little note, every little thought you write down is a seed of love,” Richard said.

Do you believe that God’s love can change the life of anyone, regardless of their past? Consider supporting the ministry of Crossroads. To make a donation, click here.