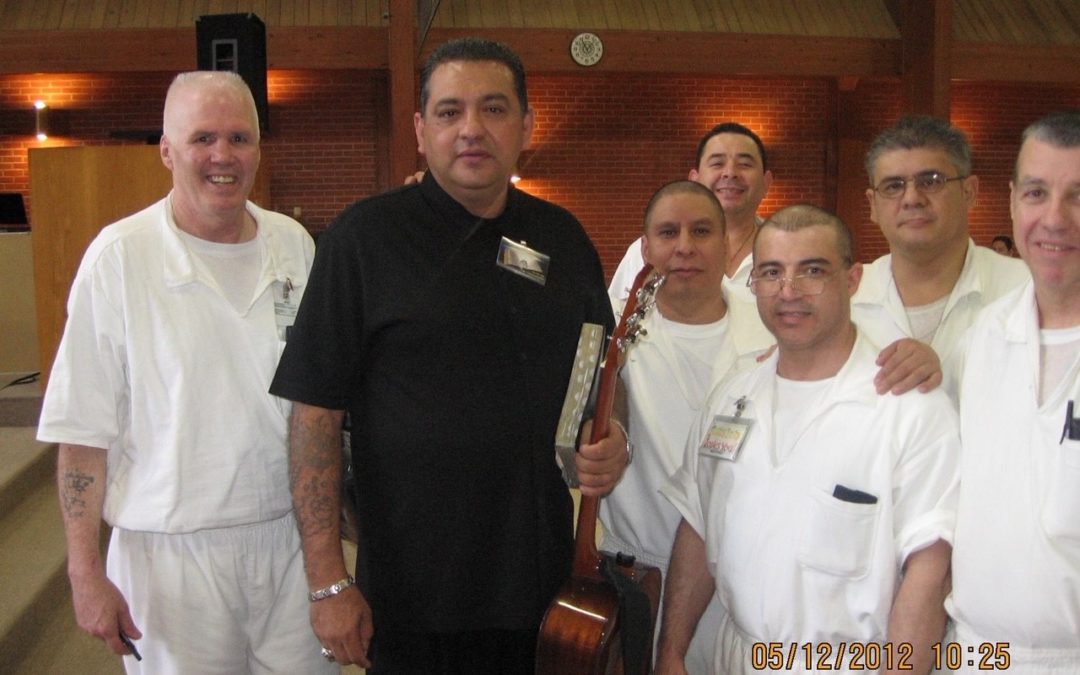 Richard was on the run. Determined to avoid a third trip to prison, he was dodging police who were tracking him on an attempted murder charge.

Scared and not sure what to do, Richard called his mother.

“The only one who can help you is God,” she told him.

Richard didn’t think his mom’s God could help him, but he was at the end of his rope.

He hadn’t prayed a day in his life. But that day Richard got down on his knees and said:

“God, if you are real, help me change. Help me get out of this.”

Thirty minutes later, the cops kicked down his door, put him in handcuffs and carted him off to jail.

Calling his mom from jail, Richard asked her: “What kind of God do you serve? I am in jail. He didn’t save me.”

His mother replied that God was saving him – saving him from his own destructive behavior. It was a difficult message for Richard to hear but he took it to heart.

Richard was sentenced to 11 years in prison and soon discovered that God could redeem his situation. He began studying the Bible and encountered the love of God through reading His Word.

Richard’s hunger for Scripture only grew after he signed up for Crossroads Prison Ministries’s mentorship program.

He began the program as a way of keeping his mind off his surroundings but as he began completing the studies and reading letters from his mentors, he noticed his mind and heart beginning to change.

“I started reading 20 to 30 chapters of the Bible a day, and it changed my life,” Richard said.

Toward the end of his prison sentence, disaster struck. Richard found out his wife passed away and he could not attend the funeral.

Ready to give up on life and on God, Richard threw his Bible in the trash can. But it wasn’t long before he rescued the Bible from the garbage. As much as Richard wanted to forget God and His Word, he couldn’t.

He then came across Jeremiah 20:9: “But if I say, ‘I will not mention his word or speak anymore in his name,’ his word is in my heart like a fire, a fire shut up in my bones. I am weary of holding it in; indeed, I cannot.”

“I realized that God’s Word was a blazing fire in my heart that could not be put out,” Richard said.

Since then, Richard has been faithfully and passionately reading and preaching God’s Word. Now on the outside, he is an ordained evangelist and has his own prison ministry in Texas. 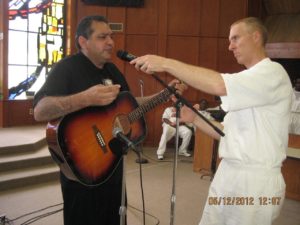 Richard says the Crossroads program is a big reason why his life has turned around. “The lessons and letters meant the world to me,” he said. “I kept all my letters from my mentor. The way they would encourage me built me up.”

To this day, Richard will go back and read the lessons and letters he received while he was in prison. He also has made it his mission to tell as many men in prison about Crossroads as possible. When he visits men in prison, he brings a pile of Crossroads enrollment forms to pass out.

“The reason I have a hunger to go back into prisons and minister is because I remember the ministers and Crossroads mentors who visited me,” he said. “I’m giving back what I received.”

You can reach men and women in prison with the life-transforming message of the Gospel. Find out more about becoming a Crossroads mentor.