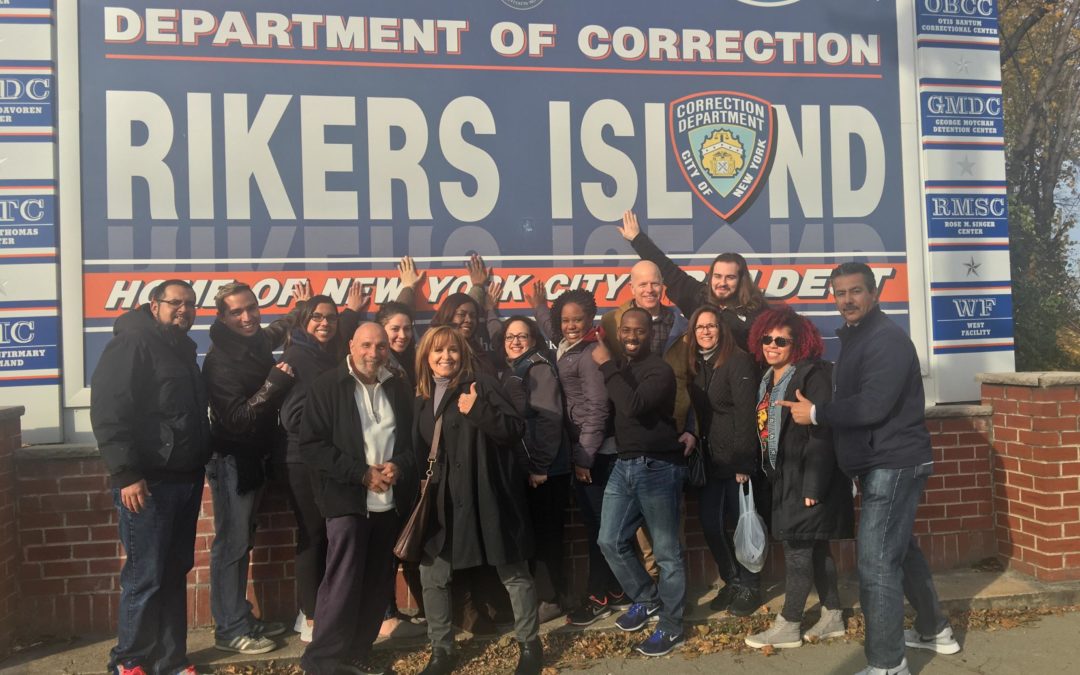 Al Bonilla never thought he would follow his father’s footsteps into ministry. As a pastor’s kid, Al witnessed all the difficulties his father experienced while pouring everything he had into his ministry and raising a family.

“I was not interested in ministry. I saw my father do it, and I knew for a fact that this was something I did not want to do,” Al said.

Instead, Al spent most of his adult life working as a correctional officer. The razor wire and cold cement of prison seemed a far way off from the stained-glass beauty and warmth of church. At least that’s what he thought.

But Al’s proximity to prisoners on a day-to-day basis birthed a desire to share the love of God with people who desperately needed it.

Al likens his life to the story of Jonah in the Bible. He spent years running from the very path that God was calling him toward. Over the years of working as a correctional officer, Al felt an inner stirring toward prison ministry, but he fought it off.

He told himself, “I’m not doing this. This is hard.”

What finally set Al on the path toward prison ministry was a request from one of the prisoners in his facility.

“One day, an inmate asked for a Bible . . . I went to a jail across the street, and I got a box of Gideon Bibles.”

Without thinking anything of it, Al pushed the box of Bibles through the penitentiary door. “But that’s how it all got started,” he said.

As the prisoners flipped through these Bibles, they began asking Al, “Where should I start?” Al sought advice from his father, who told Al to share about God’s forgiveness.

With much hesitation, Al eventually decided that he would share the Gospel with the men in the facility. He pointed them to the life of Paul, showcasing God’s forgiveness.

Al remembered a lesson he learned as a kid: “If it’s in your power to do something good, you should do it.” With this reminder, Al finally responded to the call to minister to people in prison.

Al began his ministry by answering any questions prisoners had. However, Al was soon asked to teach the Bible in the prison as well. Al did not have a background in Bible teaching, so he began seeking out different resources. This led Al to Crossroads Prison Ministries. “We formed a relationship, and I have used Crossroads material ever since,” Al shared.

Al takes Crossroads Bible materials into New York City prisons, including the overcrowded facility on Rikers Island that houses a daily average of 10,000-plus prisoners.

His ministry is called Vapors of Faith. “You can smell vapors, feel vapors—just like the presence of God,” Al says,  describing ministry in prison. Al says he has encountered the presence of God in unique and profound ways and has experienced countless revivals among the prisoners he works with.

Through Al’s partnership with Crossroads, he has referred thousands of men and women in prison to the Crossroads Bible study courses. In his first year of ministry alone, Al enrolled 904 prisoners in the Crossroads mentorship program. Vapors of Faith, although a small, local ministry, accounted for three percent of Crossroads’s new students in the past year.

God has opened the door to many different opportunities for Al’s ministry. One of these opportunities arose when Al got connected with one of the largest Spanish-speaking Christian radio stations in New York, Radio Vision Cristiana.

He was asked to host the only English-speaking radio show on the station, and the show is geared toward prisoners in New York City. Through his radio show, Al is now able to expand his reach to even more prisoners.

As he visits men in prison, he encourages them to tune in to his show on Thursday nights. Many of the prisoners Al speaks to get special shout-outs when they listen to him live. “I got a thousand prisoners a week, if not more, listening,” Al said.

One other opportunity God provided Al involved Mother’s Day. Al knows that although many prisoners do not have a father figure in their life, nearly all of them have a mother figure. God gave Al the vision to provide a Mother’s Day card to every prisoner in New York City—around 11,000 in total. This project required immense coordination and hard work, but Al and his volunteers were able to get Mother’s Day cards into the hands of all prisoners in the city so they could honor their moms. With each card, Al also shared the opportunity to enroll with Crossroads.

“The doors have been blown open for Al as he has responded to the call God has placed on his life,” said Doug Cupery, director of church mobilization at Crossroads Prison Ministries. “At Crossroads, we are incredibly thankful for our partnership with Al. Together, we journey toward building God’s Kingdom behind bars.”