For People in Prison, a Listening Ear Can Make All the Difference 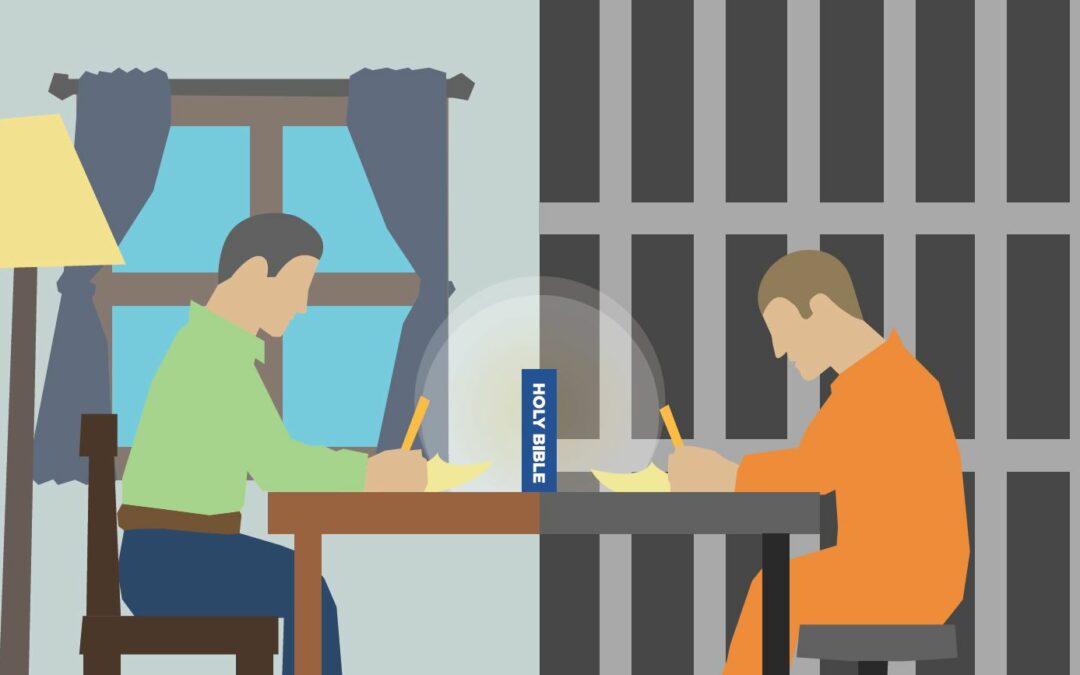 Matthew grew up in a Christian family. At nineteen, he gave his life to Christ and began to see his life transform.

Four years later, he found his life falling apart as he sunk into depression. “This was at the beginning of my marriage when I was supposed to be happy, but I wasn’t happy with myself at all,” Matthew wrote.

This search for happiness led him in the wrong direction as he began seeking attention from other women. Matthew’s depression and anger caused tension in his marriage. “My wife and I fought continuously, not knowing that I was really just mad at myself,” he shared.

One day, they got into a heated argument where he laid out all the things he had done to try and fill the void he was feeling. All of Matthew’s sins were out in the open, and it led to a 20-year prison sentence.

“I thought my life was over,” he said.

But, as he sat in jail, Matthew gave his life back to God.

“I still struggled with how to forgive myself for what I did. I hated myself so much for years while in prison . . . I thought if people knew what I did they wouldn’t want to be around me,” he said. Yet, Matthew continued to dig into God’s word and surrounded himself with fellow believers.

One day, as Matthew was wrestling with how to forgive himself, a female officer came up to him at work. She asked him if he was okay.

“And for once I didn’t lie and said I wasn’t,” Matthew said.

While he was hesitant to talk with the officer, Matthew slowly began to open up to her. Over the course of several weeks, he shared his story with the officer, including the darkest parts. “She listened and helped me to finally forgive myself [and] from then on I started to release things in my life to God and into His control. He has been changing me day by day. I know I’m growing and know God has something for me. I trust Him that He’s got everything under control.”

Not long after entering prison, Matthew discovered Crossroads. He has been studying with us for almost six years and just started his seventh course, Biblical Interpretation. Matthew enjoys his Crossroads lessons because they help him better understand and explain Scripture to those around him. He has also noted how his studies with Crossroads have made a difference in his mental and emotional health.

According to the American Psychiatric Association, “about 37 percent of people in prison have a history of mental health problems” and these numbers are even higher in jails. Many, like Matthew, have wrestled with depression. For those with depression and other mental health concerns, the isolation and loneliness of prison can have detrimental effects. The combination of their isolation and the additional anxieties and stresses that come with being in prison often exasperate already difficult mental health situations and increase the chances that these men and women will return to prison after their release.

Through Crossroads’ mentorship program, our students experience connection and hope, disrupting their isolation and loneliness while building deeply beneficial friendships through a shared pursuit of following Christ. The mentorship, encouragement and listening ear of Crossroads mentors make a difference in students’ lives. Crossroads students often report that meditating on Scripture and prayer, practices they learn from Crossroads, help reduce anxiety and stress.

Christopher, a Crossroads student in Texas, recently wrote to us: “Crossroads Bibles studies have become a staple of my mental health during my incarceration.”

Would you be willing to be a listening ear and a source of encouragement to men and women in prison, like Matthew and Christopher? Consider signing up to be a Crossroads mentor.