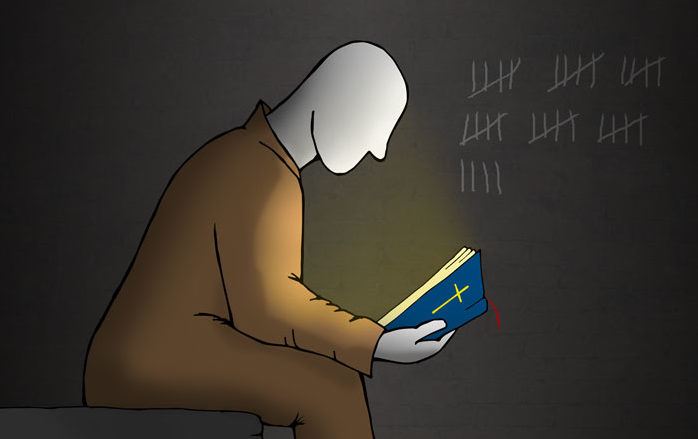 As a young man, Mervin was on a constant search for more stuff.

He accumulated as many possessions as he could, believing that it would bring him happiness. But no matter how hard Mervin tried to find satisfaction in the things he bought, nothing seemed to work.

“I had all the toys that were supposed to bring happy times, but they failed,” Mervin recalls. “I was broken and living in sin. I could not seem to find happiness.”

His quest for happiness led to criminal activity, and he was arrested in March of 2014.

“The first few nights in jail were eye-opening,” Mervin remembers. “God spoke to me and I began to read His Word. I could not put it down and I was seeing things that were teaching me that my life was on the wrong path. I rededicated my life to serving God.”

Despite the negative atmosphere of prison, Mervin learned to look for the positive. “I have seen many good things come out of this,” he says. “Although most of my family turned their backs on me, my wife of forty-five years stood by me and so did my oldest sister and brother. They too found a stronger faith through this trial. I have become a deacon and a member of our prison prayer team. I love to pray for others.”

He signed up as a Crossroads student in 2015, and he is now nearly finished with his first Tier 2 course. “I love to do Bible studies and I have a few that help with my walk,” says Mervin. “The mentorship [through the Crossroads program] has brought a feeling of being loved. I appreciate the letters of encouragement that I have received from mentors. Some of the mentors’ words are so uplifting at just the time I need it.”

Now Mervin freely shares his faith—and his belongings—with everyone he meets. “I use my resources to buy others hygiene items when they first arrive,” he says. “I explain about Jesus and that it is from God’s grace to me that I am able to do this for them.”

As Mervin learned to release his tight grip on a love for possessions and instead live with open hands, he found freedom and true happiness.

Do you want to help prisoners find true happiness in Christ? Find out how to become a Crossroads mentor.