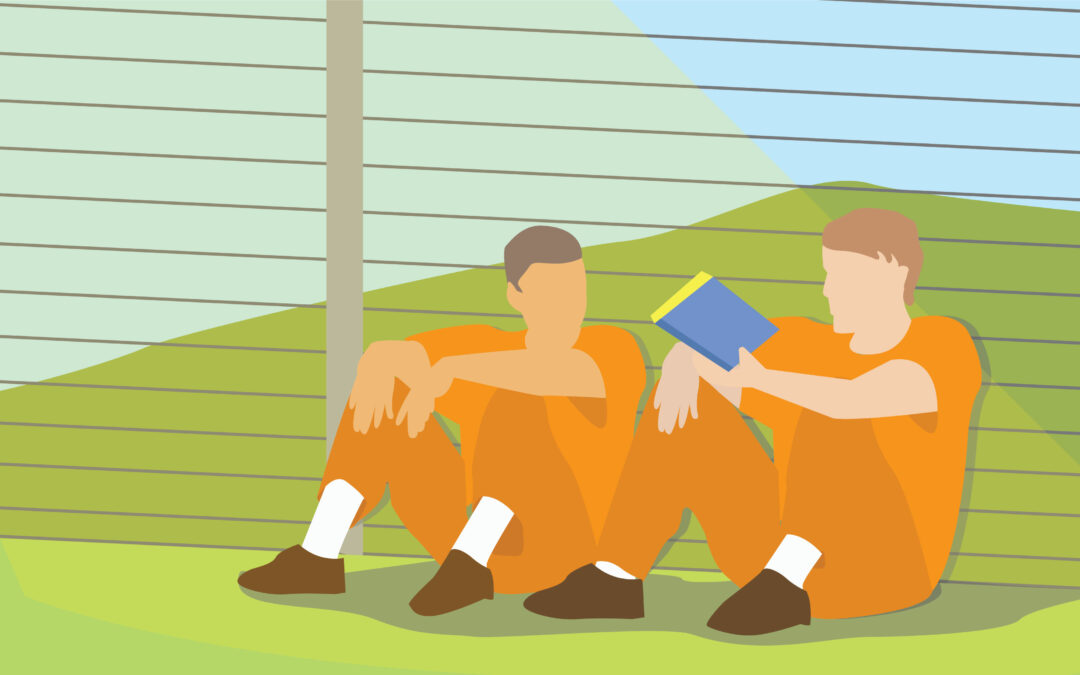 On Bill’s first day in prison, he felt completely disoriented.

“I was so lost and confused,” he remembered. “I couldn’t believe where I was—I was locked in a cell with another man, using the restroom with him in there. All the politics, rules, me with a number, no more freedom.”

His path to prison had begun with a drug addiction, which led to selling drugs.

“I used to always help everyone before drugs came into my life,” he said. “I couldn’t believe what I had done. I hurt the people I loved so dearly. I cried for years over all the hurt I caused.”

For the first ten years of his sentence, Bill just tried to survive prison life. He tried praying sometimes, but it seemed like God was never listening.

Eventually, he could no longer ignore the questions that had been churning in his mind for years—questions about God, life and the existence of evil in the world.

“I wanted answers,” he said. “I asked pastors, preachers, guys who were reading the Bible. They all gave different answers.”

Unsatisfied, he got a Bible of his own and continued his search. Even though his cellmate discouraged him from reading it, saying it was a trap, Bill persevered. “I kept reading the Bible behind his back,” he said.

As Bill read and studied, he wrote down passages that spoke to him. But he didn’t fully understand what he was reading, and his questions remained unanswered.

One day, as he walked through the prison yard, he heard a sound that seemed unusually joyful. Following the sound, he found a small group of men singing, clapping and laughing. He was shocked to see such a stark contrast to the misery he’d been feeling.

“I sat on the grass and watched them. They prayed and talked about the Bible,” he recalled. “I wanted to know why they were happy and singing in prison, but I was too shy to go talk to them.”

After watching from a distance for about a week, Bill finally mustered up the courage to approach the leader of the group.

“He told me his name was Hugo and that he teaches about Jesus. I explained to him that I had hundreds of questions and needed help understanding the Scriptures,” Bill said.

Without hesitation, Hugo prayed for Bill on the spot. Then he invited Bill to join the group.

“I was so interested in learning about this Jesus,” Bill said. “Hugo took his time to help me learn all about Him and help me get all my questions answered.”

Hugo guided Bill through Scripture passages, gently explaining the meaning of God’s words without judgment. Bill’s understanding and confidence grew as he finally began to discover the answers he’d been seeking for so long.

“Now I know who I am,” he said. “Old things have passed away; new things have begun. I am born again, a child of God.”

In 2016, Bill became a Crossroads student. He was recently paired with a personal mentor for his Tier 2 courses, and he looks forward to learning even more from his new mentor.

Bill still remembers the day he finally began to feel like he was on the right path. “I started listening to God, and from then on, my whole world changed. I felt His peace and love.”

Will you be a Hugo to someone like Bill? Crossroads mentors help men and women in prison navigate the Bible and explore questions about Jesus. Learn more here.