Every Time I Do a Lesson, I Feel My Life Changing 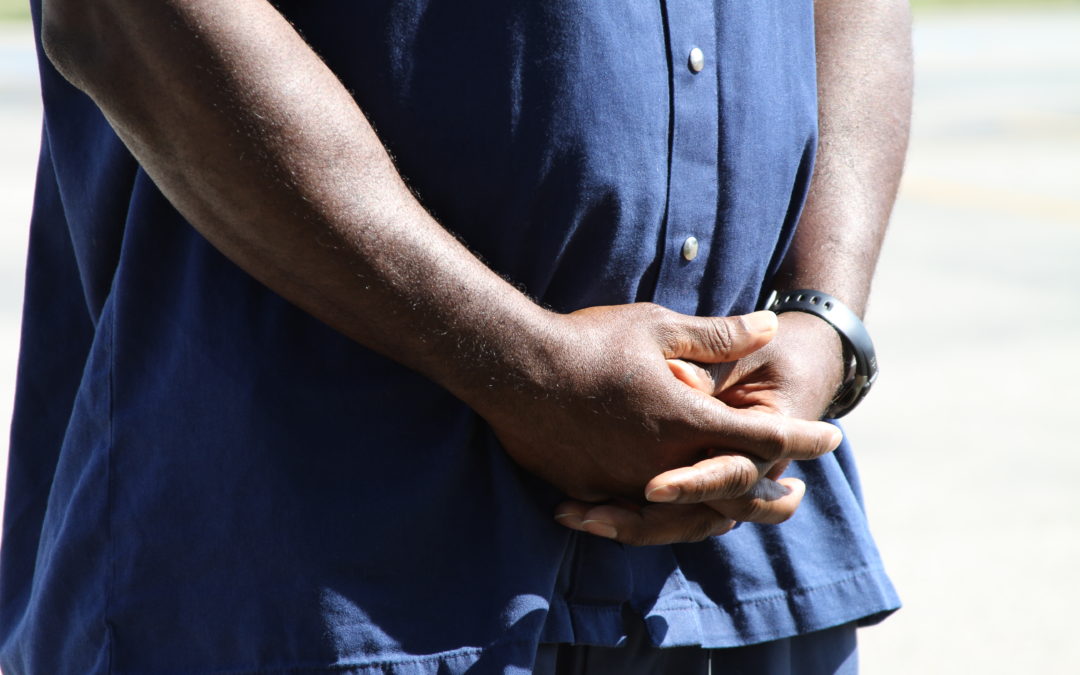 For years, Nathan’s past would haunt him. Guilt consumed his thought life by day and ushered in nightmares by night.

“I used to think about what I did and have lots of bad dreams. Sometimes I would cry in bed and just say, ‘God, why me?’” Nathan writes from his cell in a Georgia prison.

Nathan grew up with a churchgoing mother who would drag him to services on Sunday mornings. “My mother is a real spiritual lady and loves me very much. And as a kid, she took me to church every weekend.”

But Nathan struggled to connect with God or people in church and he would often sleep through entire services. He also had a hard time in school, dropping out in eighth grade to get a job. At age sixteen, thinking he was fully grown, Nathan got married.

Three years later, his wife walked out on him. Nathan turned to drugs, alcohol and “running the streets.”

By age twenty, he remarried and began working as a DJ at a night club. His family encouraged him to start going to church again. Nathan would go to church sometimes, but his hidden life of drugs, alcohol and women kept him far from the Lord.

He began an affair with a woman from the night club. The relationship went on for about a year, until Nathan decided to end it. When the woman threatened to make their affair public, Nathan snapped and shot and killed her, he said.

For several months, investigators were trying to determine who committed the crime. During that time, Nathan kept quiet.

Eventually the murder weapon was found, and Nathan was sent to prison.

In 1996, Nathan gave his life to the Lord and began growing in relationship with Him through taking Bible classes and spending time in prayer. “Over the next sixteen years, I cried out in prayer for a second chance at life,” Nathan said.

Nathan was given that second chance in 2001 when he was sent to a halfway house where he worked hard to get his life on the right track in hopes of being released. “I did everything they asked of me and let them show me what I needed to get ready to go home,” Nathan said.

But Nathan’s world was rocked when the parole board determined that Nathan would have to go back to prison.

“I just sat there stunned and said nothing. I was on my way back after all the good work,” he said. “For the next six days I couldn’t eat, sleep or use the restroom.”

Shortly after his return to prison, Nathan found a Crossroads Prison Ministries enrollment form on a table and signed up. The Bible lessons and letters of encouragement from Instructors have helped him through this difficult time, he said.

“Even as I write this, I hurt, but I know Jesus is there to carry me through,” Nathan said. “My studies with [Crossroads] have made me stronger in my faith.”

Nathan said school has always been difficult for him, but Crossroads has helped him learn spiritual truths. “My family is very happy I found people of God who can help me learn but at my own pace,” he said. “Learning isn’t easy, but it’s fun as I study the Bible through your lessons.”

But Nathan isn’t just filling his head with knowledge. The Crossroads lessons are pointing him to the Word of God, and it is transforming his life. “As I take these lessons, Jesus is showing me how to work and walk with Him. Every time I do a lesson, I feel closer to Jesus as I feel my life changing every day,” he said.