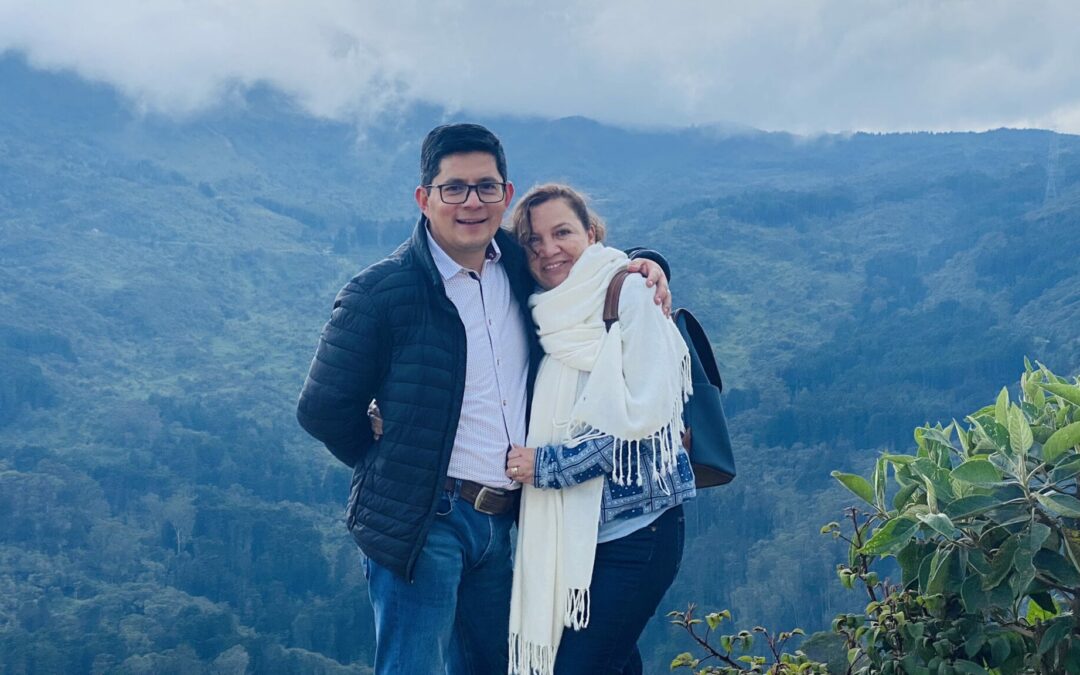 Hans Daza met the Lord twenty-three years ago, and he has had a hunger for His Word ever since.

“In the first six months of being a believer, I read through the whole Bible four times,” he told us recently in an interview. “It was a passion from the beginning to serve the Lord.”

Before becoming a pastor seventeen years ago, Hans had a successful career at Banko Colombia, a well-known financial institution. “I was all set to be manager of a big office at thirty,” he explained. “I was positioned to be a successful manager, but at thirty-one, I was called to full-time ministry.”

Hans joined the Bible League of Colombia, where he worked for more than a decade with over 1,500 churches throughout the country. Then, although he was not looking for another change, God called him in a new direction once again. It began when he met Pastor Antonio Prieto, the director of Crossroads Colombia at the time. Pastor Prieto introduced Hans to the spiritual needs of incarcerated men and women.

“Only once had I entered a prison [before meeting Pastor Prieto], but from that point, I became passionate about serving men and women behind bars,” said Hans.

Through God’s grace, and because of his national recognition within the churches of Colombia, Hans has been able to grow Crossroads Colombia exponentially—from one hundred students in 2017 to over one thousand students across six facilities today. The key ingredients in the rapid growth are Hans’s belief in the value of the program and his ability to convey the value to others. “If I don’t know my product and enjoy it myself, I can’t really be a good salesman,” he explained. 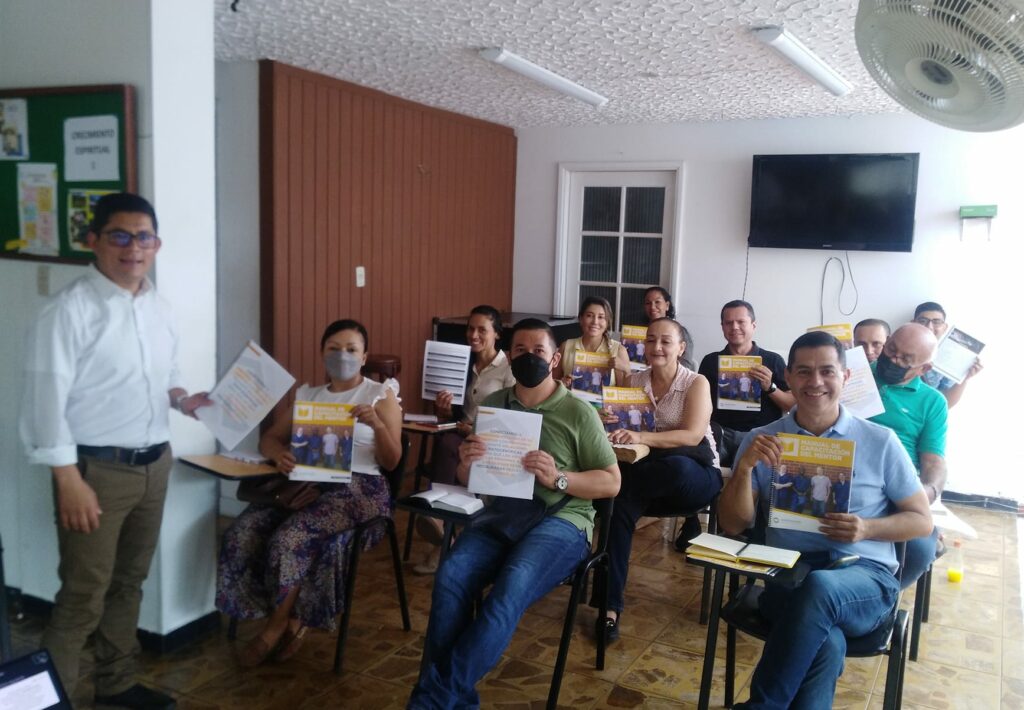 Hans (pictured left) with a group of new Crossroads mentors.

When Hans sits down with pastors to describe the benefits of the program, most respond enthusiastically. “It has helped [mentors] to understand the privilege of their freedom and of serving someone like them that is on the inside of prison,” Hans said. “By participating in the Crossroads program, churches will be active, and congregants will be able to train themselves, devoting themselves to Scripture as they study alongside their students.”

He has found that prison officials are equally receptive. The first time Hans presented the Crossroads program to a prison warden, he eagerly responded, “We have 5,000 inmates [that can become] 5,000 Crossroads students. What do I need to do?

When a former prison director was arrested, he became a leading referral source. Having seen the impact of Crossroads on others, he contacted Hans and asked to become a student. Since then, he has established a church inside his facility with twenty Crossroads graduates.

Much of Crossroads Colombia’s growth can be attributed to the students themselves, who hold a 95 percent completion rate. 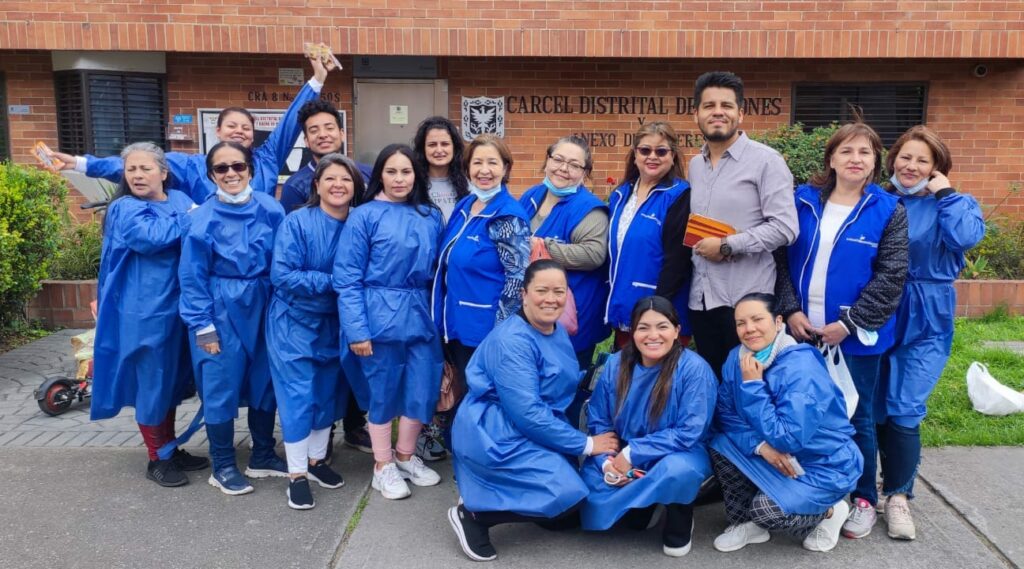 A group of Colombian students that recently enrolled in the Crossroads program.

“When a student finishes their Crossroads courses, they are encouraged to recruit another person,” Hans told us. “And they often come back with twenty. . . . One student who was transferred between facilities during the pandemic has since helped enroll 120 students at his new facility.”

When looking toward the future, it isn’t the number of students that drives Hans to expand the program. His goal is to promote the quality of the service Crossroads provides.

“I’m convinced that the Word of God changes lives, and the Crossroads material is very effective for doing that,” he said. “If we wanted to have a lot more students, we could do it. But I need to be responsible. It is important to assign each mentor a maximum of two students. . . . The success of Crossroads comes from having a mentor who writes to them and continues to care for them.”

As Hans balances opportunity with capacity, he trusts that the Lord will continue to provide.