Despite COVID, God on the Move in Prisons Across the World 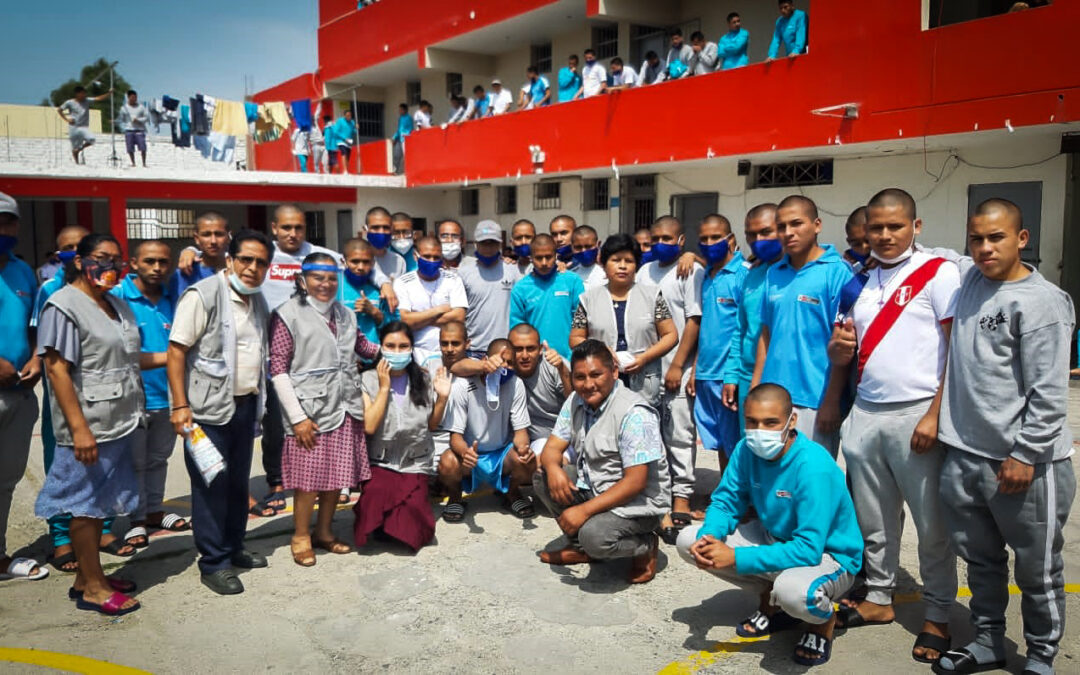 As we rang in 2020, the coronavirus had begun its spread across the globe, quickly changing life as we knew it in the matter of a few short months. By the time the World Health Organization had declared the coronavirus outbreak a pandemic, infections had spread to over 100 countries.

As churches, schools and businesses began closing last March, we all had to reimagine what our work and weekly routines would look like. And while many places have begun inviting people back into their doors recently, prisons have been more hesitant to welcome visitors. With overcrowding and high infection rates, the coronavirus has spread quicker within prisons than in the general public. By December, the Marshall Project reported that 1 in 5 people in the US prison system have had the virus compared with 1 in 20 of the general public. Overcrowding is not unique to the United States. A study done by Penal Reform International found that 102 countries report occupancy levels of more than 110%. The lack of sanitary measures and the fear instilled by the pandemic has caused protests and prison riots in dozens of countries around the world.

Just over a year after the initial lockdowns began, the Crossroads office in the United States has resumed to a sense of normalcy. Yet, while our US office has begun welcoming staff and volunteers back into its doors, our students and extension centers have had a different experience. Prisons have continued to limit visitors, and ten states still remain closed to in-person visits from friends and family according to a tracker published by the Marshall Project.

This April, as vaccine eligibility expanded to all adults in the United States, coronavirus cases hit their peak worldwide. And, as many restrictions in the United States have lifted in recent months, other parts of the world are experiencing peak levels of COVID cases, as highly contagious variants rage worldwide. Although the vaccine is widely available in the United States, the world’s poorest countries have had trouble securing vaccines for their citizens. The continent of Africa has only been able to vaccinate 5 percent of its population so far, well behind the global average of 54 percent, according to tracking done by the New York Times.

Yet, even despite the challenges the pandemic has brought, Crossroads extension center leaders remain committed to the mission. While ministry this year has looked different for all of us, Crossroads’ leaders around the world have exemplified flexibility, creativity and passion as they continued to walk alongside their students.

In Australia, New Zealand, the United Kingdom and the urban regions of South Africa, where the postal service has allowed them to continue ministry relatively uninterrupted, our leaders have used this season to dream about what is next and to build stronger connections with their mentors. As things begin to reopen, these extension centers look forward to making new connections and expanding their ministry to new facilities.

In Australia, the Crossroads team looks forward to reconnecting to their students on the islands where there have been more restrictions – the Solomon Islands, Fiji and Papua New Guinea. They also hope to introduce the Manga Messiah program to three jails in the Northern Territory where there are higher rates of low literacy. The United Kingdom extension center has seen a steady growth in students and mentors, and they hope to continue building on their partnership with Alpha for Prisons and to raise awareness of Crossroads with prison chaplains this year.

For the extension centers that hand-deliver Bible lessons or host study groups in facilities and centers, many leaders have faced obstacles to their traditional ministry methods and have had to reimagine what their ministry would look like in this season. In countries, like Malaysia, Singapore and Peru, this has meant focusing on expanding ministry in re-entry centers while they wait for prisons to reopen. Other countries, like Thailand and Nepal, have partnered with local churches to host Bible studies focused on reducing recidivism and providing for material needs. 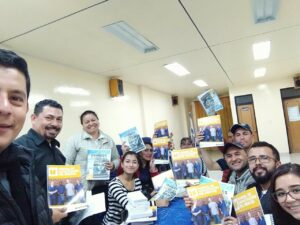 While most detention centers and prisons have remained closed for the duration of the pandemic, some extension centers, like Guatemala, Colombia and Singapore, have been presented with the opportunity to expand to new facilities. In Colombia, the doors were opened for them to work in a very isolated detention center with a group of sixty students. As of July, more than forty of them have graduated. In Singapore, Paul Tan and his team brought Crossroads into Changi Prison for the first time this April after recruiting over thirty volunteers.

As countries experienced varying degrees of lockdown, many extension centers began utilizing videoconferencing software, like Zoom, to meet with their mentors and students. In Peru, after Juan Carlos and some of his mentors attended an international prayer gathering facilitated by the US office, mentors began using Zoom to continue their Monday night mentor gatherings.

In Singapore, Paul Tan and his team were quick to continue hosting their weekly Bible studies with their students at halfway houses over Zoom until they were able to return to in-person ministry. Paul has also been able to continue training our newest extension center leader, Dhan Lama, and help Nepal get started with their first shipment of materials this Spring. Within their first few months, Crossroads Nepal had already established weekly Bible studies in ten villages. Many extension center leaders used this time to provide spiritual and leadership development to their mentors and fellow extension center directions. Virtual meetings have also helped Paul establish connections with other leaders throughout Asia in hopes to establish even more extension centers in the coming years, including in Sri Lanka and Bangladesh.

While this year has looked different than we could have ever anticipated, the passion and dedication of Crossroads leaders and the networks that they have formed throughout this crisis have created a solid foundation for future growth and innovation. Amid the anxiety and uncertainty this year has brought, we are thankful for the new life that God has breathed into the ministry as we have been forced into thinking creatively and innovatively in this season. We remain excited and hopeful for what is to come as we seek to bring hope to the 10 million people who are incarcerated worldwide.

Please join with us in praying over our extension center leaders, mentors and students worldwide that they would experience peace and healing during this season. 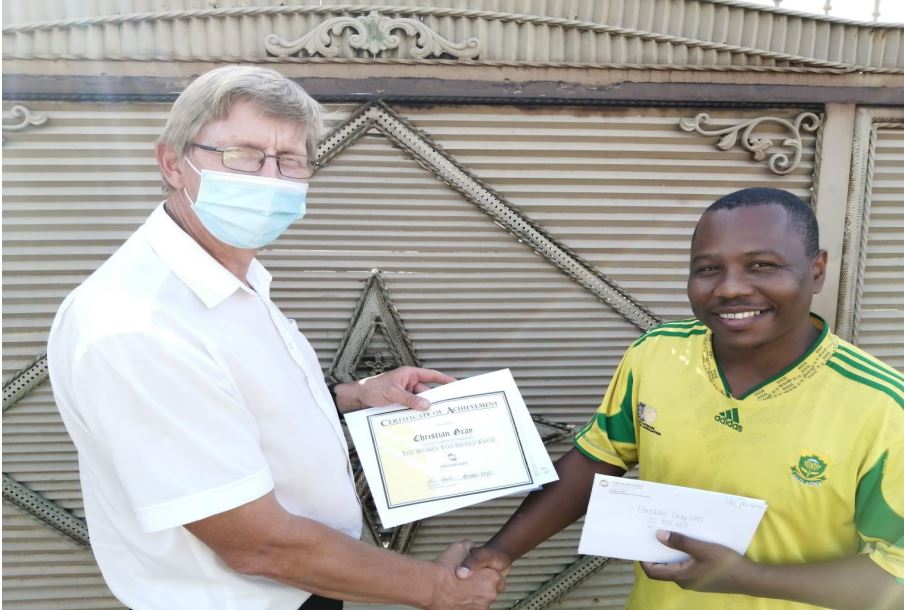 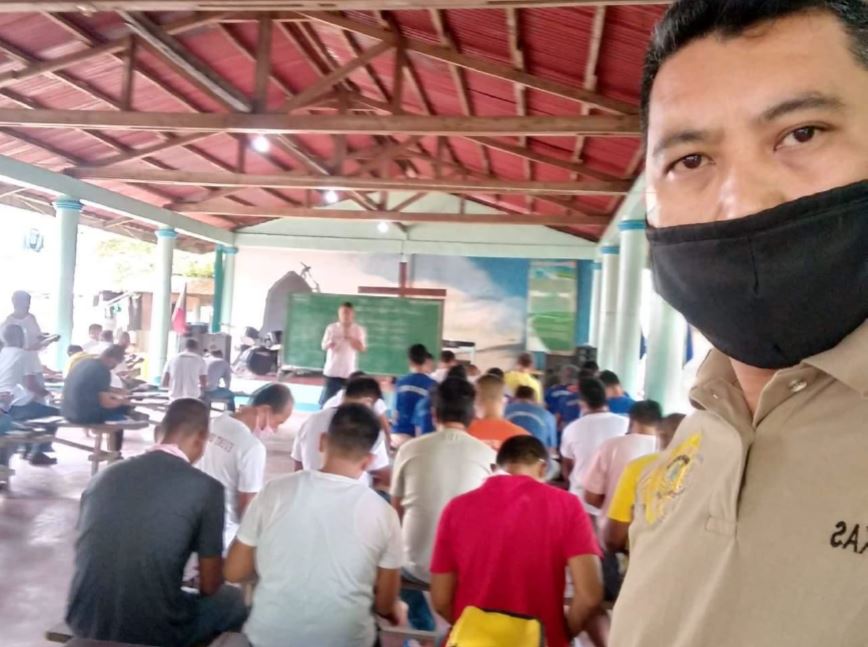 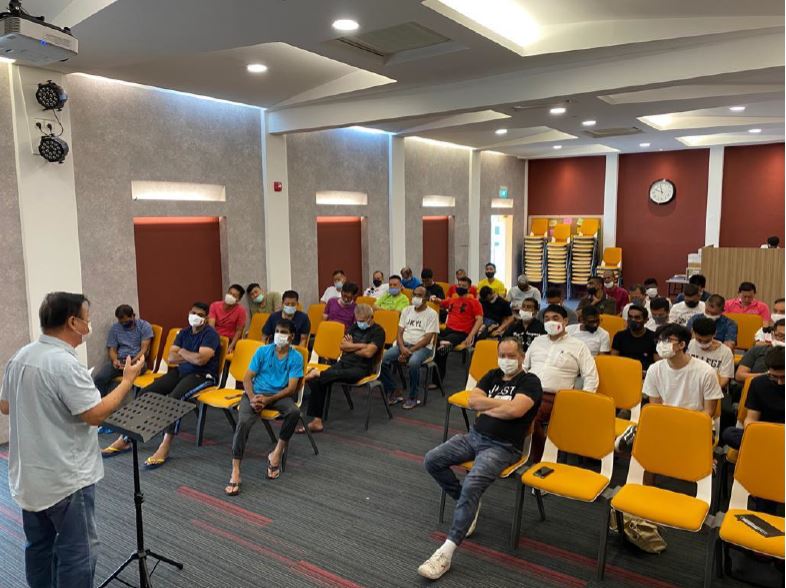 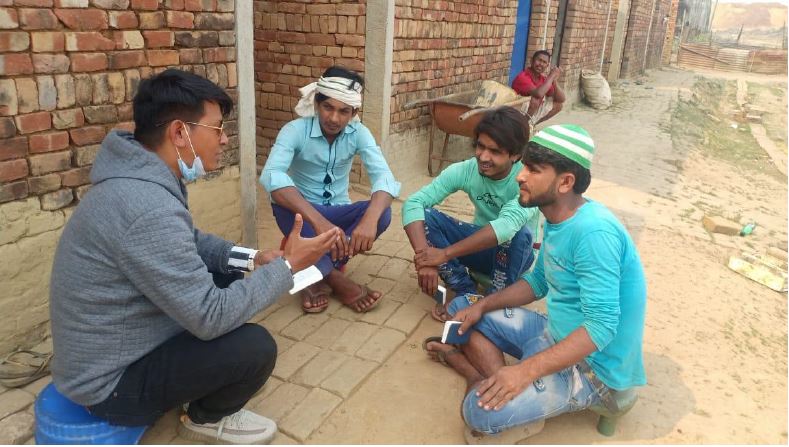 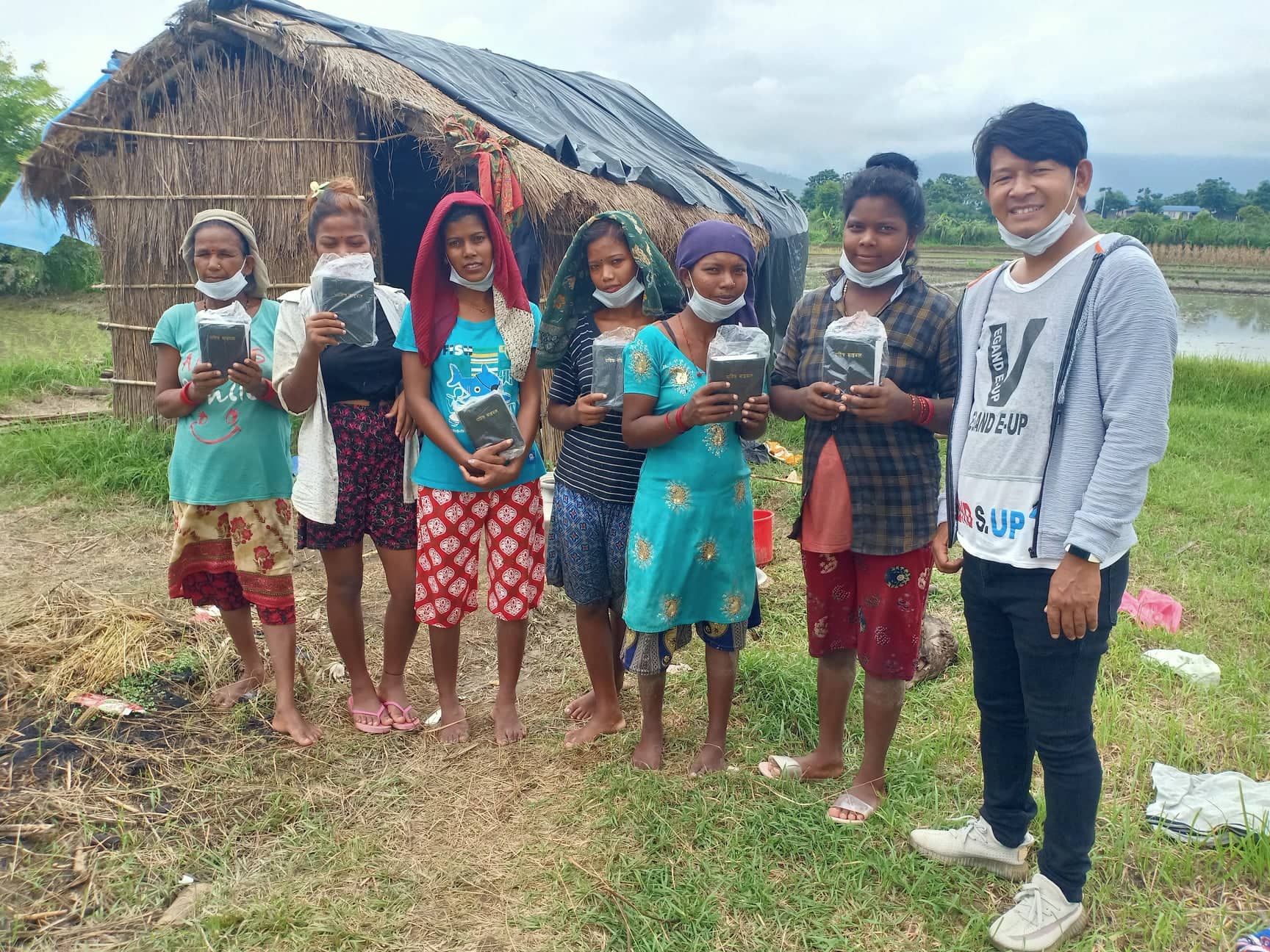 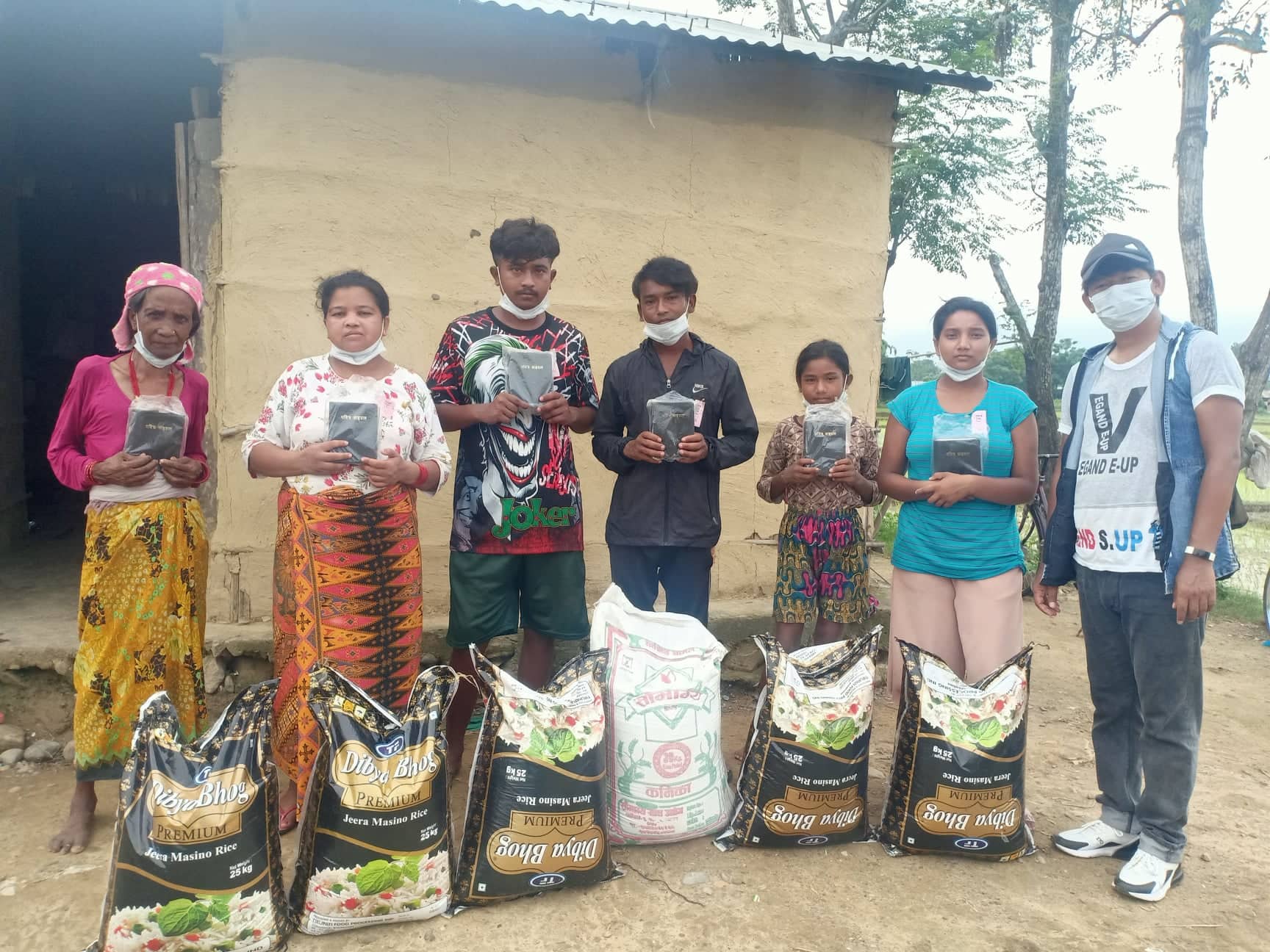 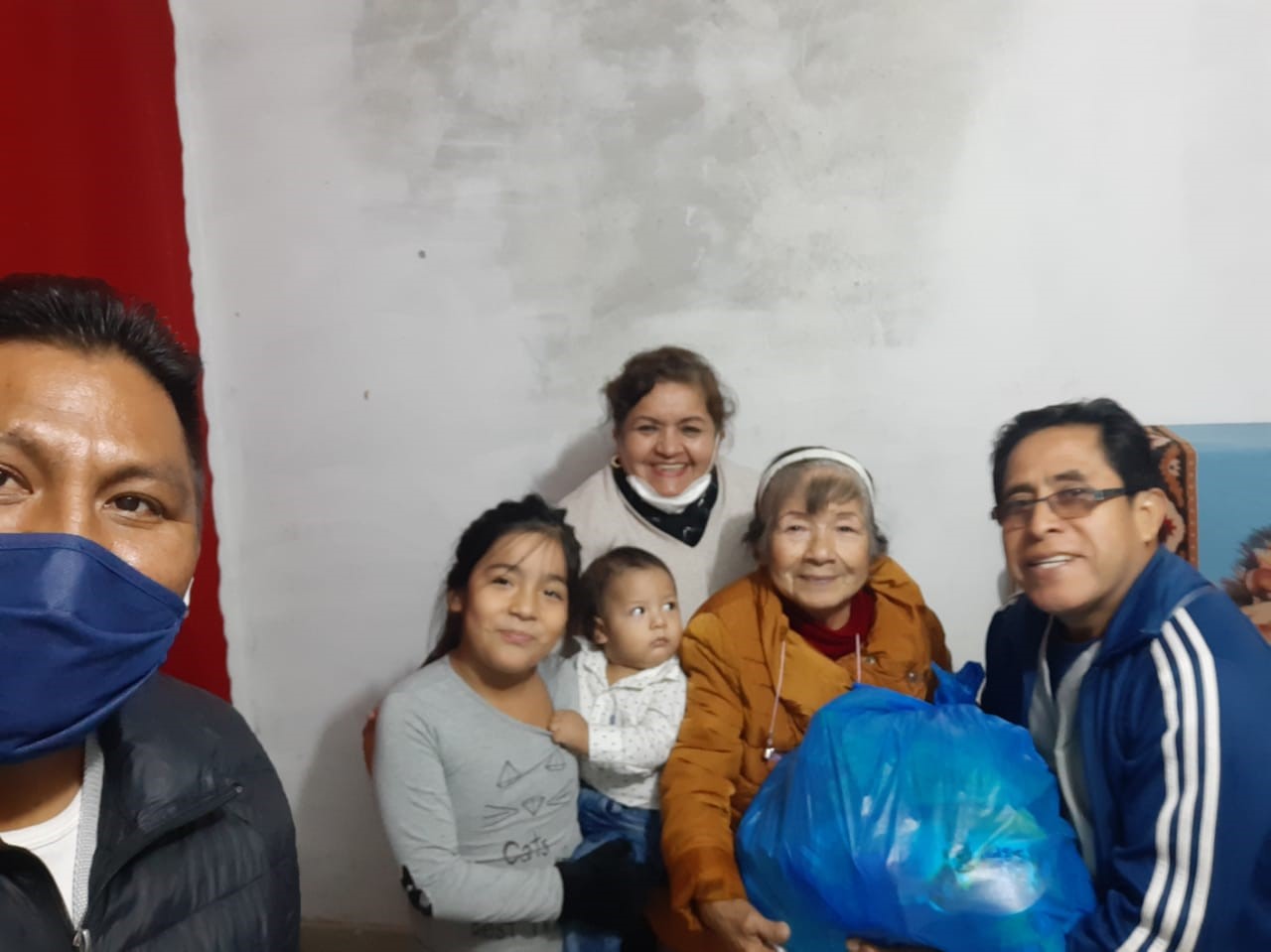 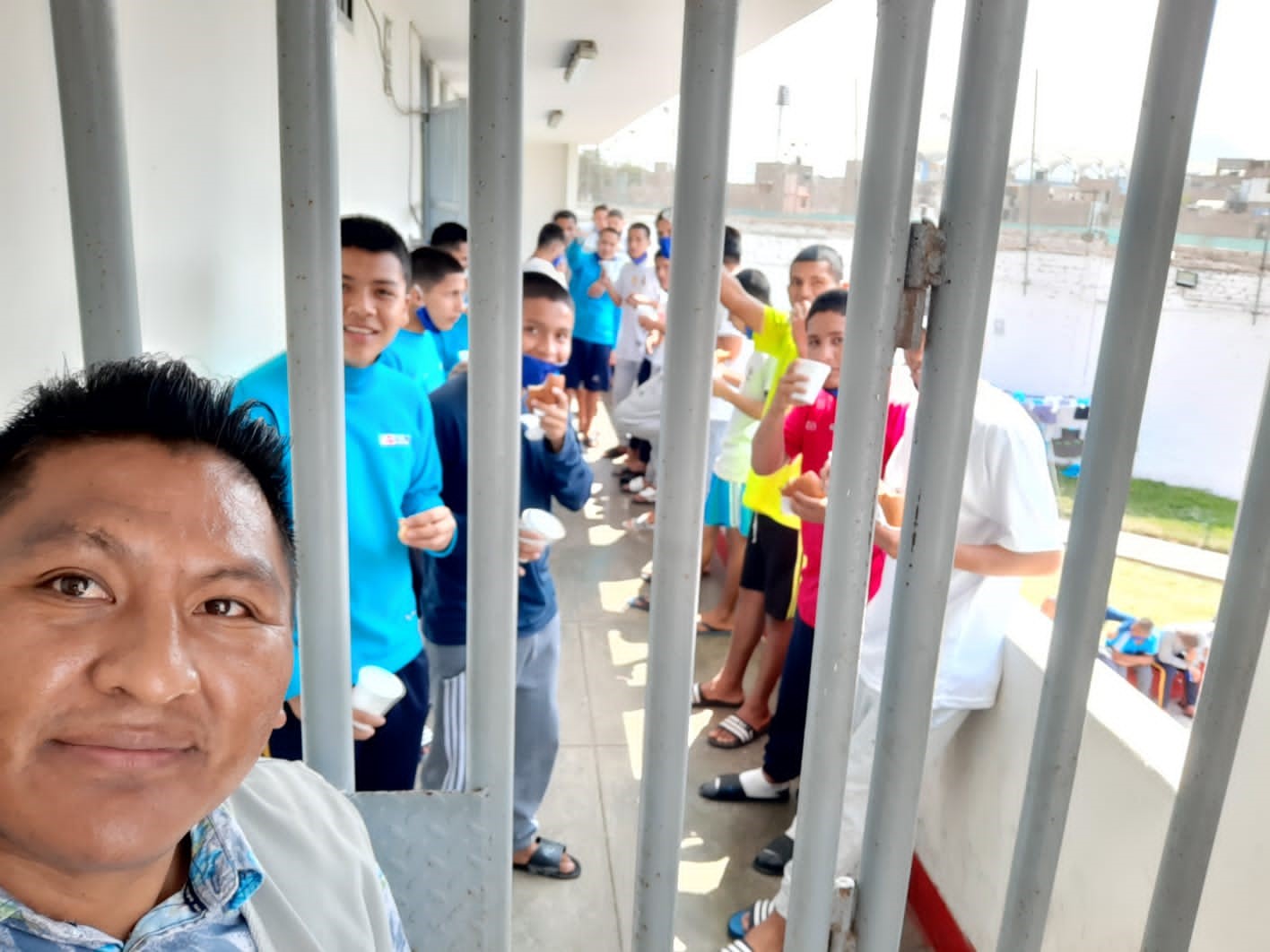 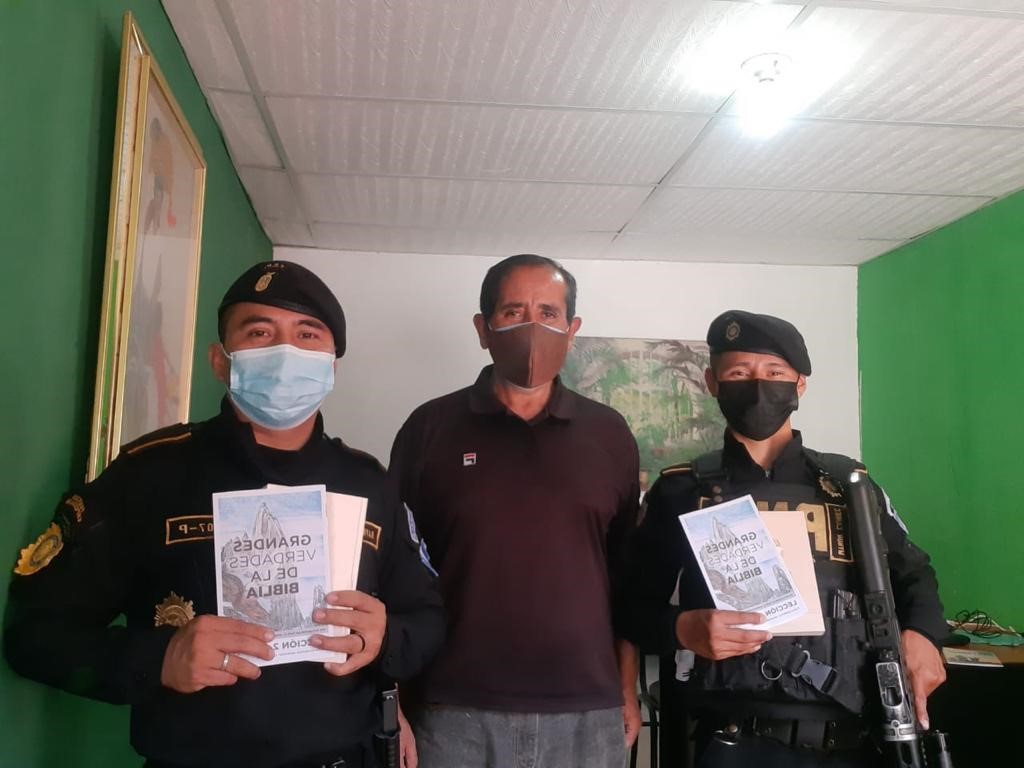