Crossroads Never Gave Up on Me 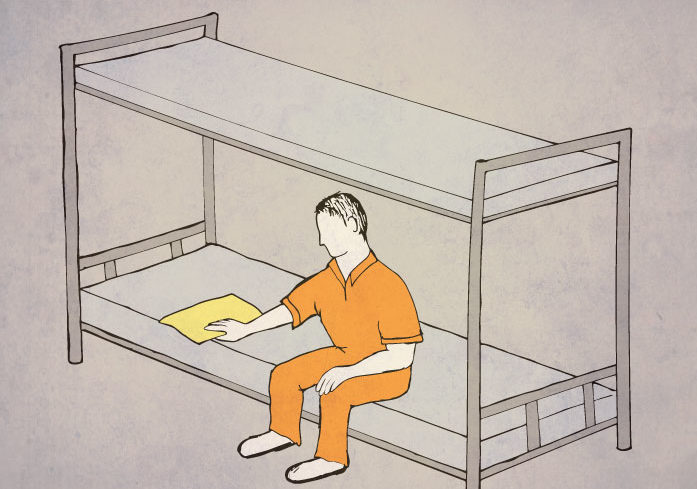 Mark spent most of his life running away from his past.

He grew up watching his father abuse his mother. When Mark was six, his father took off with their family’s only vehicle, leaving his family alone and in debt. His mother suddenly had to raise four children on her own.

“My mom stepped up to the plate and found a job,” Mark says. “There were times we went without electricity and running water and had limited food, but she did her best for us. She never gave up on us.”

After moving to a different city, Mark was ridiculed by the other kids at school for being poor and for talking differently than they did. His first reaction was violence. Then he turned to alcohol and pot.

“I smoked pot and drank most of my life—two things I turned to to escape reality,” he says.

In 2013, Mark received a thirty-five-year sentence for burglary. In prison, his addictions intensified. But God had bigger plans for him.

“At the age of twenty-eight, God found me,” Mark says. “He had been working in my life, but I was too stubborn and blind to see it.”

Mark sensed God asking him if he was tired of running.

Mark took a hard look at his past, present and future. He decided he was ready to stop running and let God take control. “I retired my track shoes and started living life,” he says.

He turned his attention away from his vices and toward his education, signing up for culinary arts classes and numerous Bible studies, including Crossroads Prison Ministries. But the stress of his studies became overwhelming. He began to neglect his Bible studies and he turned back to drugs.

“I needed that quick escape to ease the pain and cloud my thoughts,” he says. When one of his friends overdosed and died, he realized he had to put his addiction behind him for good.

“God’s timing is unbelievable,” says Mark. “I received a letter from Crossroads expressing concern for my absence from my studies and encouraging me to keep faith in God.”

Mark persevered and finished Great Truths of the Bible two years after he started. “Just like God wouldn’t give up on me, Crossroads never gave up on me,” he says. “Crossroads provided me with educational studies and positive, encouraging mentors. Those letters of encouragement and Christmas cards made a difference for me.”

Now Mark strives to make a difference in the lives of others. He and a childhood friend reconnected in prison and are working to start a ministry to reach out to troubled children and teens.

“God has been preparing me all my life for this,” he says. “I will tell my story, share what God did for me and let them know God is there for them too.”

Men and women in prison can turn their lives around when they receive consistent encouragement and spiritual guidance. You can help provide that support as a Crossroads mentor. Learn more here.