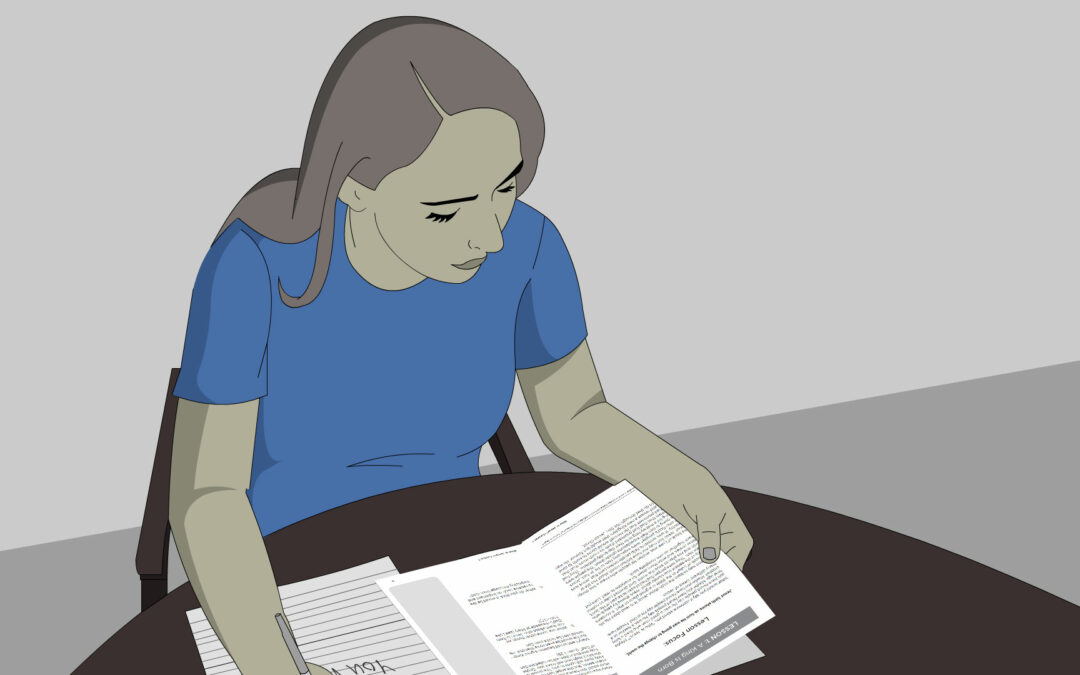 “Life has been hard, but these last few years have been the best of my life,” Nadine shared with us in a recent phone interview.

Nadine’s mom died before her third birthday. Her father, unsure of how to care for his daughter on his own, sent her to be raised by her grandmother.

Living under the care of her grandmother, Nadine felt very alone. “She never hugged me or played with me. She was just there to watch me,” she explained. “I would act out and frequently get into trouble and run away.”

She continued, “My grandmother took me to church, so I knew about God, but I never felt love for Him. I didn’t know why He died. It was just religion. It turned me off to God.”

Not only did Nadine not know why Christ died, but she also didn’t understand why people who claimed to be Christians, like her grandmother’s abusive husband, would do terrible things.

At sixteen, Nadine left home for six months. After being arrested and deemed incorrigible by a judge, her dad picked her up and drove her to juvenile detention. “I was locked up in a youth jail for two years,” she explained.

After being paroled to her sister’s house in California at eighteen, things seemed to be improving until her brother-in-law began to harass her, and she decided to move out.

“I was homeless and wandering over the years,” she explained. “I took little jobs babysitting. Life was lonely and empty, with no vision. I had an affair with a man I met. He was married, and I got pregnant. The baby was a blessing even though his father never claimed him. He gave me someone to love.”

When her son was four, she met another man and got married. “I thought life would be good, but no,” she said. “He didn’t like to work. He drank. We were always poor, on welfare, and moving.”

At one point, Nadine took her three sons and moved to a Christian homeless shelter. It was there that she truly heard the Gospel for the first time.

“I think I was so hungry for the Lord because I knew there had to be something more than this life,” she shared. “My life changed when I heard He loved us so much that He went to the cross for us.”

At the shelter, she became friends with a girl who had hitchhiked to California from Washington with her little daughter. Together, they boarded a Greyhound bus to Seattle and found Nadine a place to live with the help of a local church.

“Life was very, very hard,” she shared. “But the Lord always provided even though we were poor and we lived on the minimum.”

Though Nadine had hoped to reconcile with her husband, he left their family for good in 1981.

Because of her personal experiences in juvenile detention, she has always had a heart for people who are incarcerated. While she always desired to get involved with prison ministry and even applied to work with a jail ministry in the past, her work schedule prevented her from volunteering. After retiring in 2018, Nadine came across an ad for Crossroads in her church bulletin and signed up as a mentor. 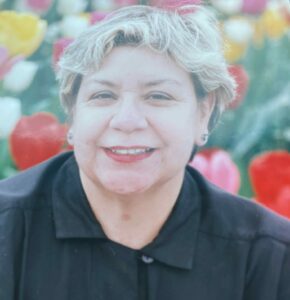 Nadine, a Crossroads mentor in Washington

Over the last three years, Nadine has shared her testimony with almost two hundred students.

“When I share my testimony, I want [my students] to know that I won’t judge them because I was in darkness myself,” she explained. “I just want people to know that change is possible with God. He is always there and will never leave you.”

This summer, Nadine was paired with her first Tier 2 student, Dana. Like Nadine, Dana has experienced great loss, including her mom, husband, and daughter. After losing faith, Dana found her way back to Christ thirty-four years ago. “I finally understood that He is in control of everything, and I control nothing,” Dana shared in her Tier 2 application.

Nadine and Dana are growing alongside each other as they study the Bible together and continue to learn more about the love that God has for them, despite the mistakes of their pasts.

Nadine can testify that, because of the hope she has in Christ, these last few years have truly been some of the best of her life.

“I want people to know that God can change you completely. While life will still be hard, God is always there and always faithful,” said Nadine.

Would you, like Nadine, be willing to use your testimony to help encourage men and women in prison? Consider applying to become a Crossroads mentor today.