Crossroads Mentor Finds Comfort in Corresponding With People in Prison 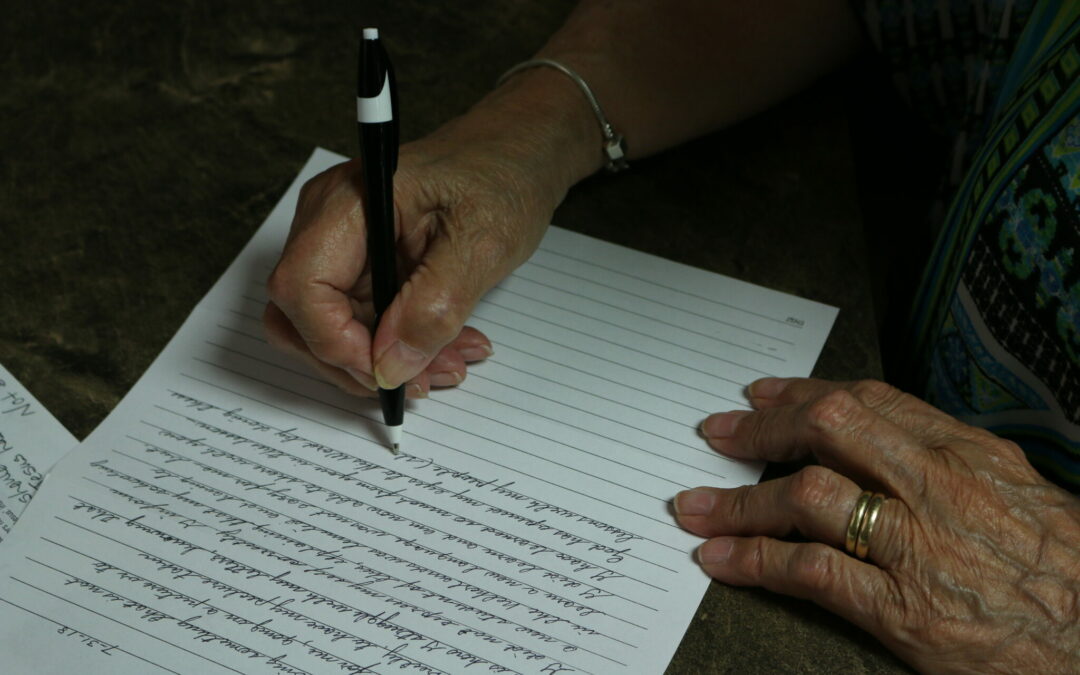 Harriet’s faith has served as her compass since she was a child. Having inherited a love for ministry from her parents, she has found purpose and hope in serving others.

Her father grew up in an immigrant family and was introduced to Christ as a teenager by a couple on his newspaper route. After serving as a chaplain in World War II, he and his wife found their hearts softened by the plight of people living in poverty in their small riverside town in the San Joaquin Valley of California.

Despite the postwar economic boom of the 1950s, poverty continued to affect people living and working in the region of California where many people had settled after fleeing from the Dust Bowl. 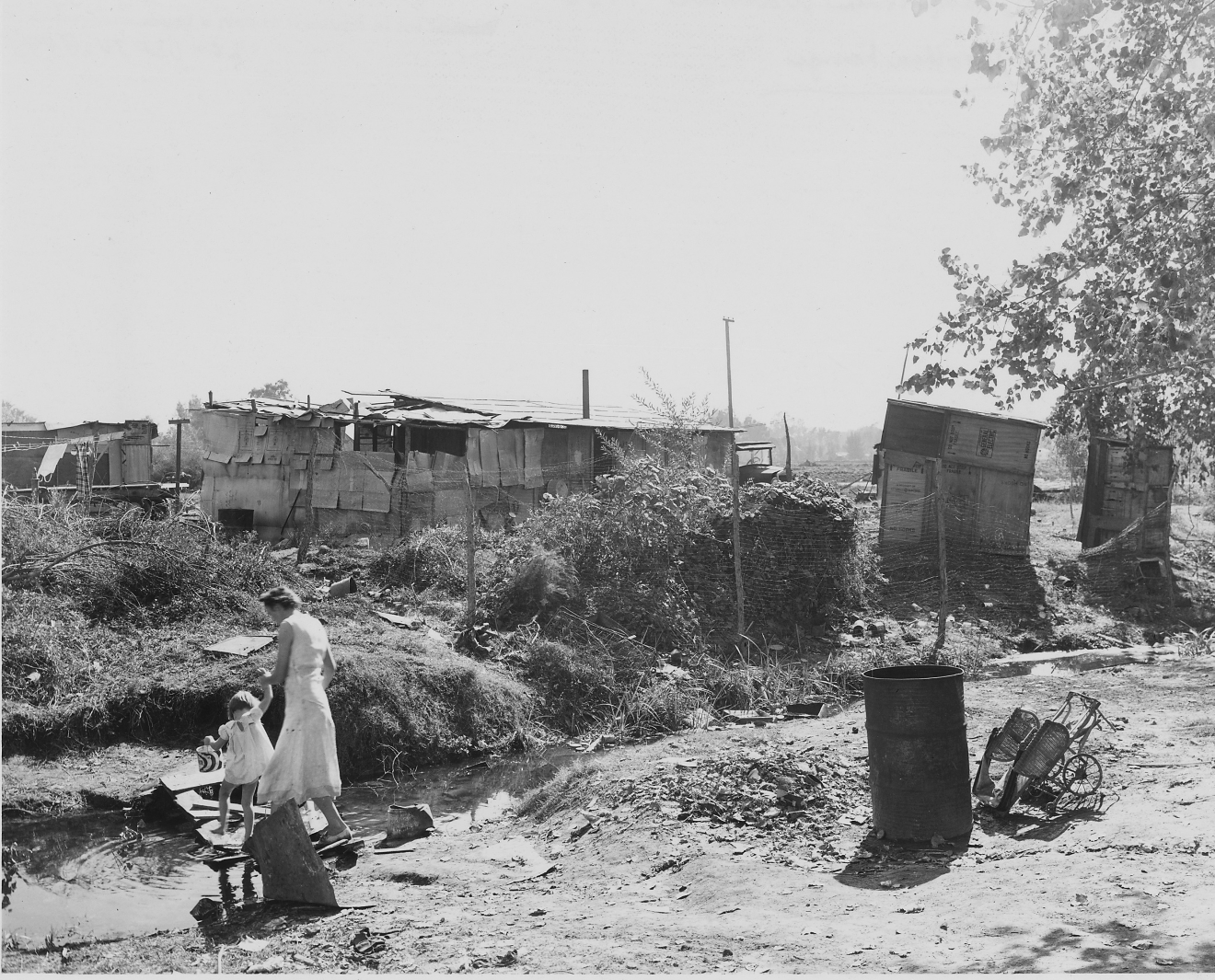 A migratory labor camp was built on the San Joaquin River in 1939 to house nearly three hundred transient families, according to the Madera Tribune. Harriet shared that there were ten different government shelters along the river. These buildings did not have running water, and the people who lived there often could not afford food. Photo Source: Dorothea Lange, “Squatter camp.” November 1936. Library of Congress, Prints & Photographs Division

Harriet’s parents felt called to raise support so they could minister to the immigrant and migrant farm workers living at a nearby migratory labor camp that was built to provide housing for those living in extreme poverty.

“A big part of who I am was how I was raised,” Harriet shared with us. “Growing up, we always looked for people who were down and out.”

Her parents were given permission to use a vacant recreational building near the camp for their ministry, and they established a church there. Harriet spent her childhood helping distribute food, toys, and clothing to those in need. As a teenager, Harriet remained invested in her parents’ ministry and led classes for the children. As time went on, “the community became more vibrant and alive,” she remembered.

When she went away to college, she met her husband, Jim. Very quickly, evangelism found a central role in their relationship. They often traveled throughout downtown Los Angeles together to share their faith with others. Jim shared Harriet’s heart for ministry and found himself delivering Thanksgiving meals with her dad the first time she brought him home.

As Harriet and Jim looked forward to building their own family, they discovered they were unable to have children. Already having considered adoption, they chose to welcome two young boys into their home. “Everyone wants a newborn,” Harriet shared. “So, we decided to take an older child.”

Harriet explained that their parenting years were difficult. Both boys had spent their first few years of life being shuffled between various foster homes and had a history of receiving abuse. Harriet and Jim dealt with the behavioral issues that many adoptive parents face as their boys struggled through school.

After the boys grew up and left home, Harriet and Jim seldom heard from them. Then, one day, their world turned upside down. They learned that one of their sons, Mike, was arrested and given a ten-year prison sentence.

“After all that we had been through, his prison sentence was the lowest blow we could possibly endure,” she said. “We were supportive. I wrote several times a week. But we were a thousand miles away. After the idea sank in, I thought, ‘I have to do something active that makes beauty out of these ashes. I have to find a way to make this something meaningful.’”

Searching for a way to find meaning within her pain, Harriet stumbled upon Crossroads in 2005. “I’ve always enjoyed writing handwritten letters,” she shared. “It felt like the perfect fit. When I was deciding to do Crossroads, I thought, I can say to them, ‘I know some of the challenges you face because my son is serving a prison sentence.’”

Nearly two decades later, Harriet has found that her students are teaching her as much as she is teaching them. 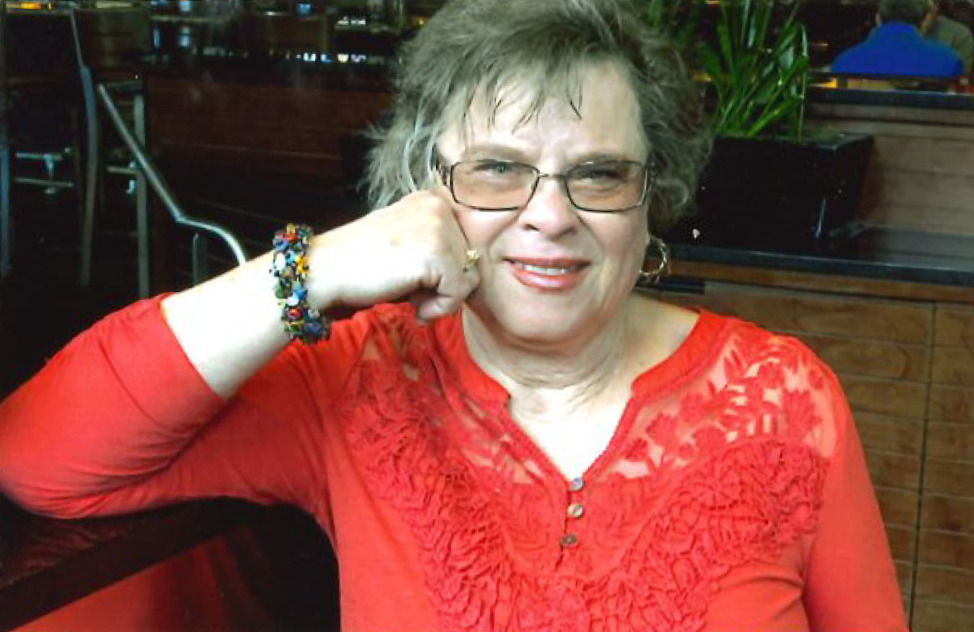 Harriet, a Crossroads mentor in Colorado

“I’ve been deeply blessed by the friendships I’ve developed with my Tier 2 students,” she shared.

In 2022, Harriet lost her husband. “It was hard, for a time, to do any reading except these lessons,” she told us. “As I was going through deep grief over Jim, I remembered that someone in prison was praying for me. That was staggering. At first, I thought I wasn’t going to say anything about Jim’s passing. But then, I thought, ‘This is part of my life, and we’ve been sharing our lives with each other. And I appreciate people praying for me.’”

Harriet shared that studying alongside her students as she grieved helped her draw closer to God and reminded her of biblical truths. As she considered the circumstances her students faced, she felt deep sympathy for them. She imagined them experiencing grief like hers behind bars, and that prompted her to take on additional students.

While Harriet still grieves for Jim, she recognizes how God is working to create beauty from her pain.

She sees this beauty in her son, Mike, who was taken under the wing of a local church elder while he was in prison and has since turned his life around. During his sentence, Mike earned his GED and even tutored others at his facility. “He has blossomed so much,” Harriet shared. He and his wife have recently taken in their in-laws’ kids to keep their family unit together.

She sees God’s love in the little girl she nannies. Together, they enjoy matching little cards that feature Scripture verses—a gift from one of Harriet’s students.

And she sees God’s provision through the words and prayers of her students.

As mentors correspond with their students and develop friendships with them, many are surprised to find that they learn and grow just as much as their students do. Would you like to study God’s Word alongside someone in prison? Consider signing up to be a Crossroads mentor. In offering them encouragement, you might just find yourself encouraged as well.