Crossroads Is the Miracle He Needed 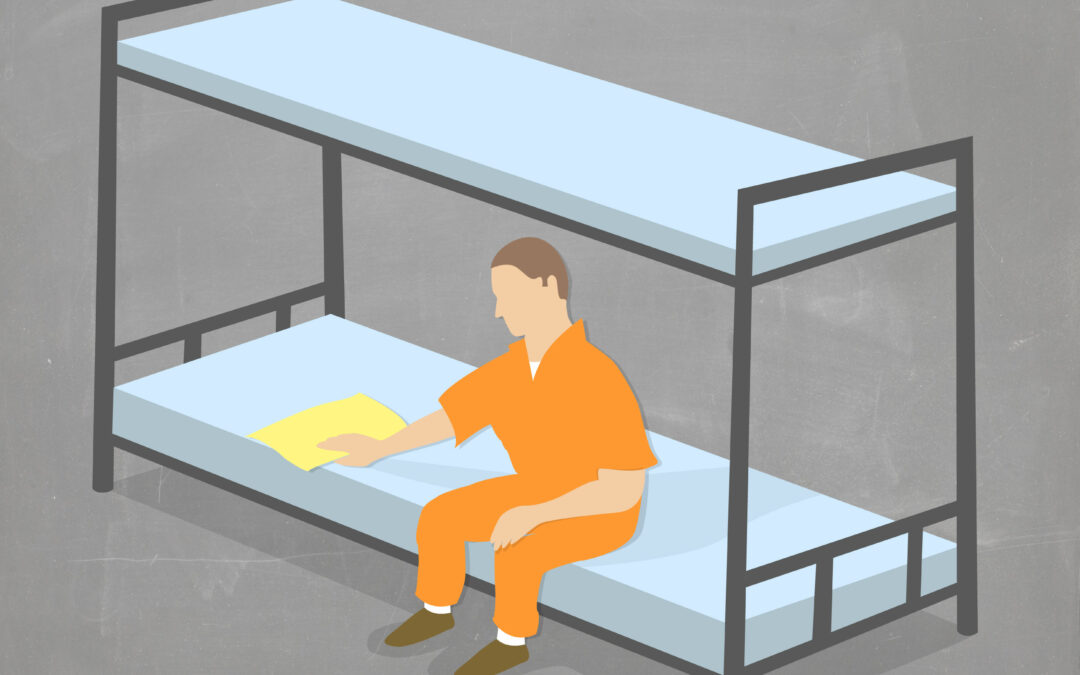 Emanuel was raised by a loving, Christian family and seemed to have everything going for him.

He had a college education, a house, a great job, a wife and two kids.

“Since I had everything I once desired, I forgot all about God and stopped acknowledging His existence,” Emanuel wrote us. “I was healthy and felt like I had the world in my hands. I began to worship the things of the world, thinking possessions and money were going to bring me happiness. All the years I spent focusing on the world, a small voice kept reminding me to come back to God, but I kept ignoring it.”

As Emanuel strayed from God, he felt a deep emptiness in his heart that he tried to fill with his possessions, until one day when his world crumbled around him.

“It took me coming to prison to realize the devil works like that. He allows you to focus on the pleasures of the world, gives you everything until you are the one that entraps yourself. But when you notice, it’s too late,” he explained. “None of my possessions or worldly pleasures could come and aid me when I needed it most. I lost everything and almost everyone. I went from not being able to count the number of friends I had to just one. I went from having a home, job, wife and kids to having none.”

When Emanuel walked into his prison cell for the first time, he was full of despair, anger and resentment, believing that he could never be happy again. As he sat in his pain and shame, he continued to reject God’s existence.

“I was too proud to admit that everything was out of my control and at the same time ashamed of myself. I was ashamed because I thought to myself, ‘Why would God want anything to do with a person like me? A person that ignored him for so long, a person that denied him on multiple occasions, but above all that a sinner. How can God want a sinner?’”

Eventually, Emanuel agreed to go to a church service at his facility. Seeing the pain in Emanuel’s eyes, the pastor encouraged him to tell God everything that was weighing on his heart, but Emanuel wasn’t ready to acknowledge God. 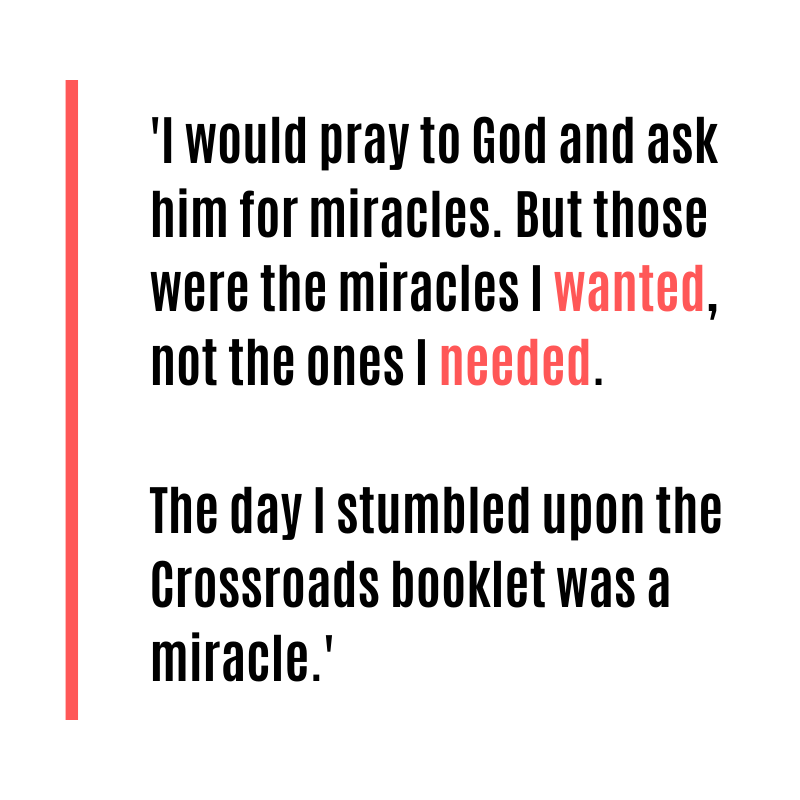 “A week went by and I stumbled upon a piece of paper left on a table of the recreational yard. I picked it up and it was the Crossroads book cover. At the time, something told me to fill it out and I did.”

While he was hesitant at first, Emanuel decided it would be a good way to pass the time in his cell. “That was the initial intention,” he said. “But once I received it, it all changed after that.”

A decade after he last opened his Bible, Emanuel turned to Scripture once again this past Fall.

“At that moment I felt the presence of God. Everything I had been holding in since I came to prison came pouring out. I got on my knees and surrendered to God. I asked Him for forgiveness and to teach me how to forgive myself and to be able to let go of all the despair and resentment that kept poisoning my heart.”

As Emanuel continued to study Scripture, he felt relief pour over him as the words resonated in his heart.

“I believe God put Crossroads in my path for me to get closer to Him,” he shared. “Ever since I have been doing Crossroads’ pamphlets, I’ve felt my knowledge grow and I continue to grow closer to God . . . Crossroads has been such a blessing, because the personal and individual responses from volunteers make me feel wanted by Christ. I say that because of the stigma that incarcerated individuals like myself get from society, but not from Crossroads. And aside from receiving my work corrected, the letter is what warms my heart.”

“You see when I was at the early stages of my incarceration, I would pray to God and ask him for miracles. But those were the miracles I wanted, not the ones I needed,” he continued. “The day I stumbled upon the Crossroads booklet was a miracle. As Proverbs 16:20 says, ‘Whoever gives heed to instruction prospers, and blessed is the one who trusts in the Lord.’ Well, ever since I began to trust in the Lord, my life has been better, and I am able to see all the miracles and blessings He provides me.”

Would you like to help others like Emanuel find freedom from shame and resentment through Christ? Consider signing up to become a mentor or donating to Crossroads.