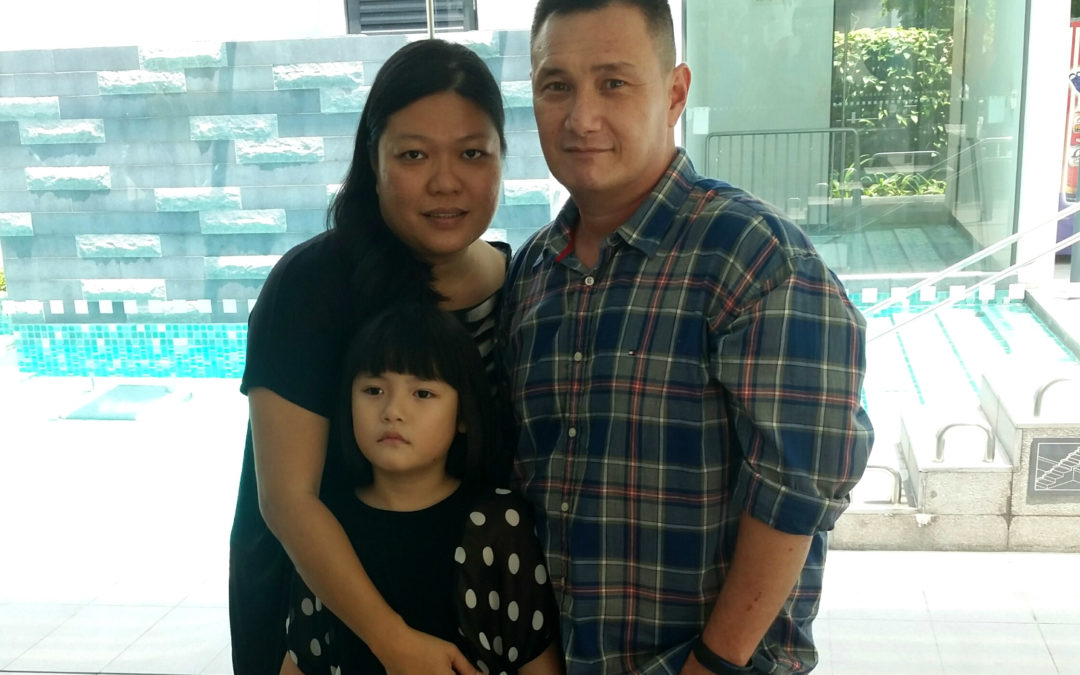 As soon as Bruce was released from prison, he forgot everything.

This happened not once, but four times. Each time he was released, he told himself he would never go back again. But even though he knew what he needed to do to stay out of trouble, he returned to his old ways.

“I was just like the children of Israel when God had led them out of captivity,” Bruce remembers. “After wandering in the wilderness for some time, they began to murmur and complain. They had forgotten about the signs, wonders and miracles that God had performed. I was just like a man looking in a mirror, and as soon as I walked away, I would forget what I look like.”

One day, during Bruce’s fifth incarceration, his wife brought their daughter, Beatrix, to visit him, as she did every month. This visit was special because it was Beatrix’s fourth birthday. Bruce watched as she twirled in her new party dress, and he sang a birthday song for her.

“At the end of the song, she looked at me and she said, ‘Dada, carry!’ I tell you, my heart absolutely dropped,” Bruce recalls. “She said again, ‘Dada, carry!’ and all I could do was look at her and shake my head. Then she started crying and bawled, ‘I want to go home, I want to go home!’ That was the worst day of my entire life.”

Seeing his daughter weeping because he could not hold her changed everything for Bruce. He knew he couldn’t continue living this way.

“That was the turning point in my life,” he says. “I told myself I had to turn my life around. I did it the only way that I knew would work, and that was to rededicate my life back to God.”

During the remainder of his sentence, Bruce fully committed his time to seeking the Lord and His will. He attended a Bible study in prison, studied through Crossroads Prison Ministries Singapore and spent all of his free time reading God’s Word.

Bruce was released from prison on March 7, 2016, and he is determined never to go back. “God has blessed me with a new life—a life with purpose and direction,” says Bruce. “He has also given me the burden to encourage others who have been in my shoes.”

After his release, Bruce joined the ministry team at Crossroads Singapore, sharing the Word of God with people in prisons and halfway houses throughout the country. He also worked for a year with Teen Challenge, an organization that provides rehabilitation for those struggling with addictions. Currently, he works for The Caffeine Experience, a coffee shop started by another former Crossroads Singapore student, Matthew. The Caffeine Experience provides meaningful employment for formerly incarcerated individuals.

As he rejoices in his new life and faithfully serves others, Bruce gives all the glory to God. “I thank God that, because I chose to honor Him, He has honored me in return by putting a new song in my mouth—a song that cries out loud, ‘Thank you, Lord, for Your love and mercy,’” he says. “With Christ, I can smile at the storms of life that will come my way. I am very excited with this new life that I have, and I look forward to serving God.”

Crossroads has extension centers in over 20 countries across the world. Do you want to help train international prison ministry leaders? Make a donation here.