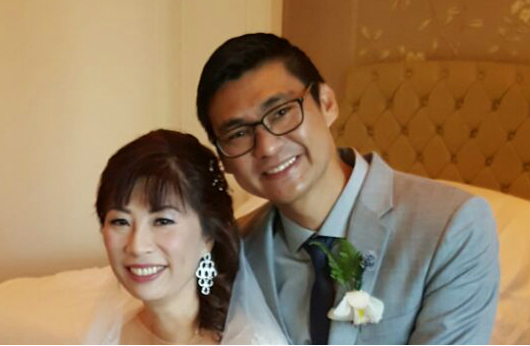 After multiple stints in prison earlier in his life, he had found himself behind bars again because his fiancée had called the police to report the crime. “I hated her,” Josiah says. “I asked my brother to post bail so I could seek vengeance upon her.”

His brother, however, did not post the bail money. Charged with drug trafficking and multiple traffic violations, Josiah faced at least seven more years of imprisonment.

To his surprise, Josiah soon discovered that his fiancée hadn’t turned him in to the police out of spite; she did it because she knew he needed a wake-up call so he could make important changes in his life.

“During [my trial], my fiancée did not give up on me. She visited me daily and even engaged a lawyer to mitigate the charges,” Josiah remembers. “This was the turning point. It was God’s love through her that deeply touched me.”

The lawyer succeeded in reducing his sentence to five years. Josiah’s heart softened and his anger evaporated as his fiancée continued to show him unconditional love during his incarceration.

“This period of incarceration was different from the others,” he says. “With the encouragement and regular visitations by my fiancée, who brought me the Bible and Christian books, I slowly found myself restoring my relationship with God. I attended worship services regularly and started Christian counseling.”

He was also introduced to Crossroads Prison Ministries Singapore.

“I was hungry to learn more about the Bible, believing that knowing the Word of God would draw me closer to Him,” Josiah says. “It was a correspondence course, and it required discipline which I had never practiced before. However, with God’s enablement and the regular encouragement of the Crossroads mentors, I was able to continue.”

As Josiah faithfully studied God’s Word, he grew closer to the Lord and renounced his former life. “I believe that my transformation started when I began to be serious with my relationship with God,” he says. “I have learned that the Bible is truly the most powerful transformer of lives.”

Josiah has since been released from prison. He looks forward to marrying his fiancée and starting their life together, with Christ at the center of their marriage.

“I was a thug who was addicted to smoking, alcohol, gambling and drugs. I sought recognition and adoration from others through acts of violence and power through wealth,” says Josiah. “Today, my recognition and power are through Christ. I am thankful to God for His faithfulness. He led me back to His loving embrace. To God be the glory.”

Will you share the transformational power of the Gospel with men and women in prison? Sign up to be a Crossroads mentor.