She was ready to give up; then God met her in a prison cell 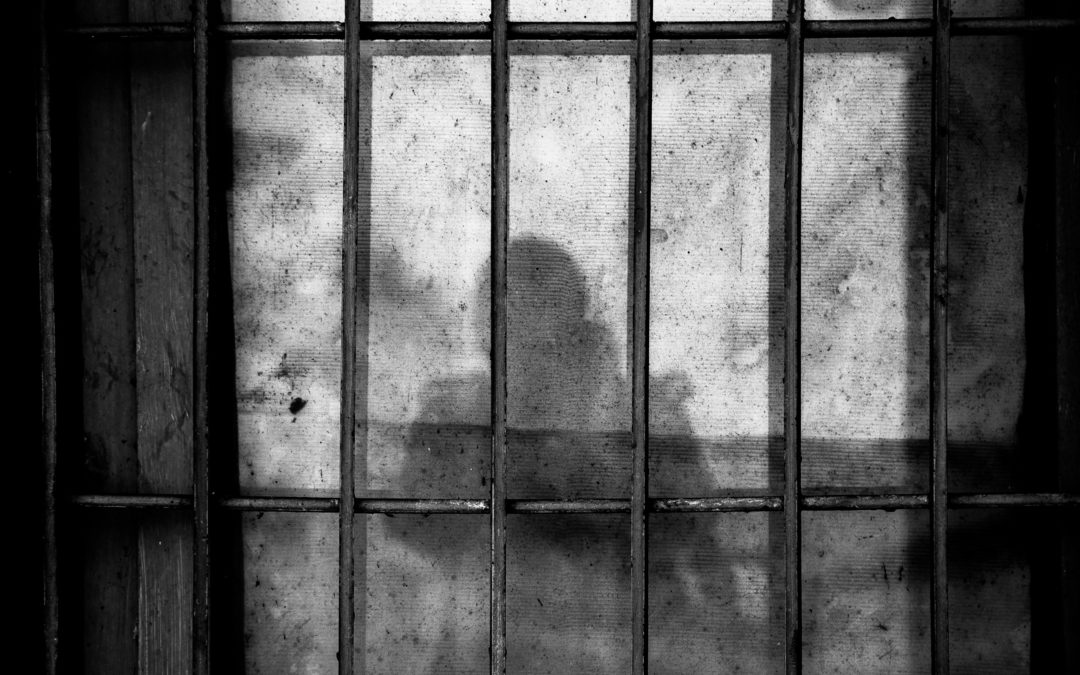 There are pivotal moments in our lives that forever mark the before and the after. For Nicole, that moment was four years ago when she woke up hungover and exhausted and got in her car to drive to work.

“I had gone out the night before until very late and was running on two hours of sleep. I knew it was going to be a rough day, but I thought I would just power through it like I had done several times before,” Nicole said.

But this time didn’t go like the many times before. Not at all.

She fell asleep at the wheel and ended up in a crash that injured one man and killed another. Police took Nicole into custody on suspicion of her being intoxicated.

She was soon moved to solitary confinement since her case was high profile and they wanted to protect her from other prisoners. Nicole would remain in isolation for 28 days before she was brought to court for arraignment. At the hearing, Nicole was charged with two counts of DUI with substantial bodily harm and her bail was set at $2 million.

Back in her cell, Nicole collapsed to the floor. Sobbing uncontrollably with her knees to her chest and her head pressed against the cold cement wall, Nicole felt like her life was slipping away.

“The shell of myself was dying. I could no longer hang on and I felt totally defeated,” Nicole said.

It had been a dizzying journey leading her to this point.

It began as a teenager when alcohol first touched her tongue. It was love at first taste. As a teenager and young adult, Nicole would party often, drink excessively and experiment with drugs. She cycled through several relationships with men who also were addicts.

Eventually Nicole entered into a marriage that quickly became dysfunctional because of their heavy drinking and partying. “Our party lifestyle had taken a toll on our marriage, and I used my job as an escape from dealing with the reality that my life had become unmanageable,” she said.

Nicole then began an affair with a co-worker. The guilt was overwhelming, sending her deeper into alcoholism.

“This is when my drinking changed from drinking for fun to drinking because I didn’t want to feel anymore,” Nicole said. “I was drinking to mask the pain.”

Nicole knew something had to change but she didn’t know where to start. “I was living in a dark place between who I was and who I wanted to be,” she said.

One night, after downing an entire bottle of wine and not feeling even a buzz, Nicole cried out to God in desperation.

“I asked Him to help me understand why I felt the way I did. I asked the Lord that night to help me change my life,” she said. “I pleaded with Him to give me a purpose in my life, a reason for living.”

Nicole’s prayers from that night were eventually answered but not in the way she would have expected.

She began to attend church. She saw passion, purpose and joy in the people of the congregation and wanted it. After months of attending church and growing in her newfound, fragile faith, she got baptized.

“My spirit wanted so badly to change but my flesh was so weak,” she said.

In her cell after arraignment, feeling completely overwhelmed with guilt and shame, something miraculous happened.

“I began to feel total peace in that moment, and I clearly heard a voice in my head say, ‘Everything is going to be alright. I promise you,’” Nicole said. “What I didn’t realize at the time was that in that moment, I had finally surrendered my whole life to God.”

Nicole said she was reborn that day – October 12, which coincidentally is her actual birthday.

From that day forward, Nicole spent every free moment studying God’s Word. She signed up for the Crossroads Prison Ministries mentorship program.

“As I studied God’s Word, I felt overwhelming love in my heart knowing that God was with me to carry me through this dark time in my life,” Nicole said.

Nicole said she loves how interactive the Crossroads Bible studies are and appreciates the love and support she feels from her mentors’ letters. “It makes me feel like someone out there cares about my journey and wants to help with my spiritual growth,” she said.

That’s not to say Nicole’s time in prison has been easy. Staying sober has been a challenge and she has struggled with the guilt of mistakes in her past. But through studying the Bible and participating in a 12-step program, she keeps moving forward.

Now Nicole is the chaplain’s assistant in her facility, mentoring women and teaching a weekly Bible class. “I have been able to use the principles I learned from the Crossroads studies and apply it to my life and the lives of others,” she said. “Through Crossroads, I realized I could become a mentor and leader right where I was at.”

During her incarceration, Nicole has also graduated from college with a bachelor’s degree in communications and sociology and has become a certified addictions counselor.

It took tragedy and heartache. It took debilitating disappointment and the pain of hitting rock bottom. But Nicole’s prayer has been answered. She has found true purpose – the type of purpose that can only come through relationship with Christ.

“I would have never become the person I am today if I had not gone through what I did,” Nicole said. “What the enemy intended for harm, God turned into good. God will turn our past failures into blessings when we put our faith in Him.”

Want to encourage prisoners like Nicole in their walk with God? Find out how to become a Crossroads mentor.