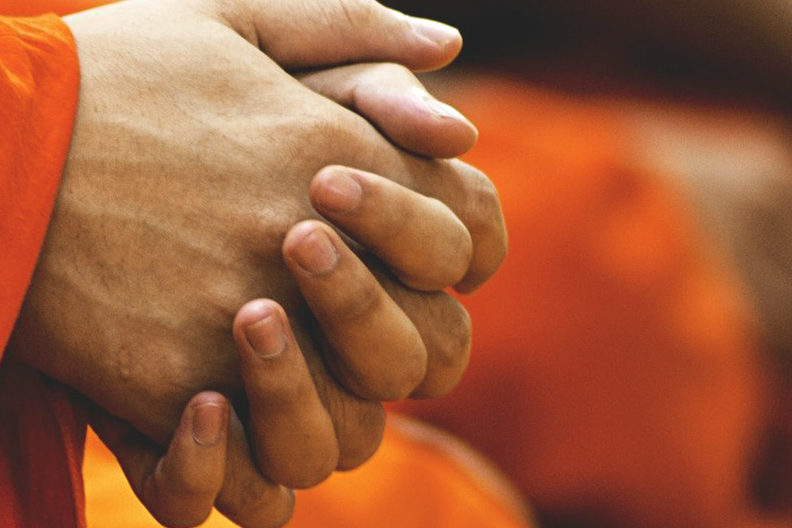 Stephanie grew up going to church and learning about God. But a traumatic experience at a young age sent her on a different path.

“When I was fifteen years old, my mom died with me trying to call an ambulance,” she says. “I was guilt-stricken that my inability to get the right number in time was the reason she died.”

Her sorrow and guilt were so overpowering that she didn’t know where to turn. She tried numbing the pain with drugs.

“For the next twenty years, I made bad choice after bad choice,” Stephanie recalls. “I got pregnant at seventeen, married an extremely abusive man and continued to live the life of a selfish, messed-up drug addict.”

The following years included abuse, separation from her husband and several arrests for drug possession. She ended up serving four years in jail, where she met another man, whom she married after they were both released.

But life after jail proved to be a challenge. “Two ex-inmates trying to make a new life is not always a good thing,” Stephanie says. They quickly fell back into old habits. Their drug use led to other crimes, and she ended up with a sixty-year sentence for armed robbery and manslaughter, while her husband received the death penalty.

This was finally the wake-up call Stephanie needed.

“I knew that what I had been doing was not working and the only hope I had to get out of this alive and sane was through God,” she says. “I also knew that, in order for me to have peace, it would have to come from God. In the last twenty years, I had never felt peace. Chasing after drugs, men and money is a life of misery.”

So Stephanie began pursuing the Lord again. She joined a Bible college program, began regularly attending Bible studies and got baptized. “There were many bumps and bruises along the way,” she acknowledges, “but I continued to keep moving forward, even when I messed up and went backward.”

In 2010, she discovered that a local seminary was bringing a program into the prison that focused on training women for Christian ministry. She was thrilled to be one of the first twenty women chosen to begin the program.

She also signed up as a Crossroads Prison Ministries student in 2013. She has since completed Great Truths of the Bible and is working her way through Survey of the Bible.

“I enjoy the lessons because they make me think and help me to continue learning,” she says. “Crossroads’s Bible study is a great learning tool and the lessons have stayed true to the Word of God.”

“Early in my sentence, one of my spiritual advisors gave me Philippians 4:11–13 to meditate on,” she recalls. “This Scripture basically tells you to be content whether you are rich or poor; no matter what circumstances you find yourself in, you can do all things through Christ who strengthens you. ‘Content’ means to do the best you can where you are. God told the people of Israel in Jeremiah to build houses, plant gardens, marry and have children while in captivity. But later he would return them to their home. As inmates, we need to contribute to our community behind bars and grow. Only when we adapt this attitude and serve God where he has allowed us to be can we move forward to the next place He has for us.”

She has worked hard in the seminary program and will be graduating with her bachelor’s degree in December of 2017. “I am not the person I used to be,” Stephanie affirms. “I truly have an intimate relationship with my Father. I still fall short frequently, but the trust and faith I have helps me to keep my God-given peace when it seems like I will never get it right.”

Want to help someone in prison? Sign up to be a Crossroads mentor.