‘I Started Seeing God’s Hand in Everything’ 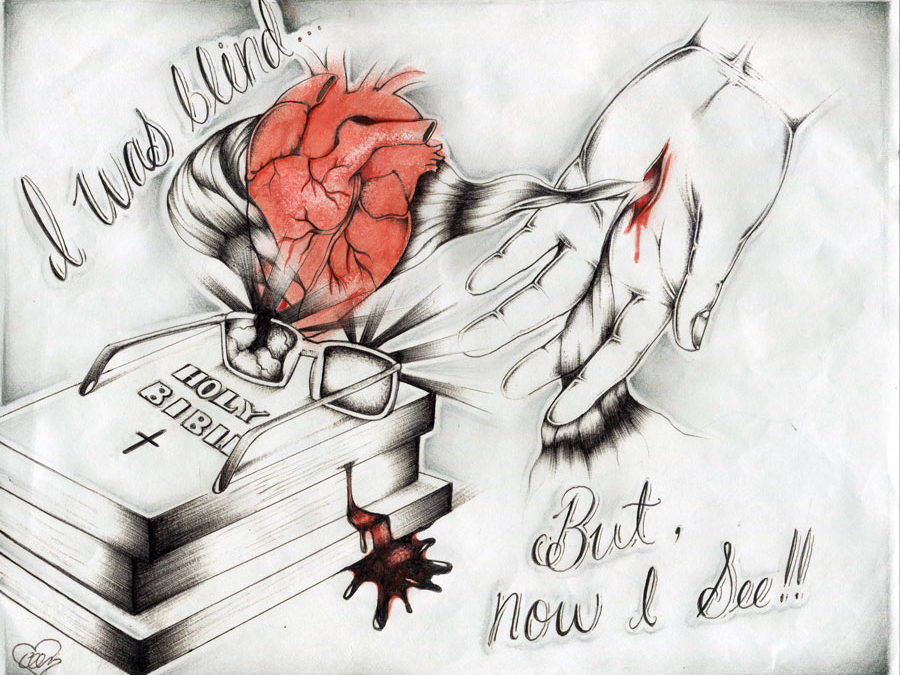 Art by Cesar, a Crossroads student in Texas

Michael grew up in Cairo, Egypt, in a predominantly Islamic family. Exposure to both Islamic and Christian culture left him confused, and he sought answers by turning to drugs at the age of twelve. By sixteen, he was fully immersed in the rave culture, a self-described atheist.

“The rave scene seemed to offer me something that I could finally understand—freedom to live my life on my terms,” Michael remembers. “This lifestyle turned into a deep depression…By the age of twenty-two, I was past the point of no return and found myself in prison, facing a life sentence for the death of another human being.”

In prison, Michael was introduced to yet another enticing culture, which included gangs, violence and drugs. It didn’t take long for him to develop a drug addiction.

“My depression continued and I even contemplated suicide several times,” Michael says. “I couldn’t stay out of trouble, which meant no chance for parole. This hopeless living continued for thirteen years.”

During a visit from his parents in 2014, his mother noticed a bloodstain on his sleeve—a telltale sign of his drug use. Disappointed and disgusted, she stood up to leave, saying, “Michael, the family of your victim says that you need God in your life, and I agree.”

Stunned, he pondered his mother’s words. “I thought to myself, ‘If I refuse to listen to these people I’ve hurt who are asking me to seek God, that would be selfish of me,’” he recalls. “So I went back to my cell and prayed for my first time ever. ‘If you’re there and willing, please take this veil off of my eyes so I can see You.’”

Michael started to notice the effects of his prayer immediately. “I started seeing God’s hand in everything,” he says. “I started reading the Bible. Then I decided to see how far I could take this prayer thing.”

He began praying fervently for God to take away his addiction to drugs. “Not only did He take my addiction away, but somebody approached me with a bag of heroin, and when I laid my eyes on it, I literally got sick to my stomach,” Michael remembers.

Not long after that, a friend introduced Michael to Crossroads Prison Ministries. He recently finished the Tier 1 courses and began his first course in Tier 2.

“I’ve gotten so much out of the lessons, and my mentors have been so kind and considerate in their letters to me,” he says. “I remember thinking once, ‘Why are these people who don’t even know me so darn nice to me?! Those letters really rubbed off on me and strengthened my faith.”

Now filled with hope, Michael’s life has completely changed. He is a student in two college programs, pursuing degrees in both nouthetic counseling and behavioral sciences. He is a GED tutor for others in the prison and the chairman of N.A. and A.A. programs.

Although he is serving a life sentence, Michael may have a chance at parole within the next several years because of a law that was recently passed.

“I plan on getting into missionary work and mentoring incarcerated youth,” Michael says. “With God, all things are possible!”

Are you interested in encouraging a student like Michael in their journey with Christ? Fifty students are currently waiting to be paired with a mentor so they can begin Tier 2. Sign up to be a mentor here.