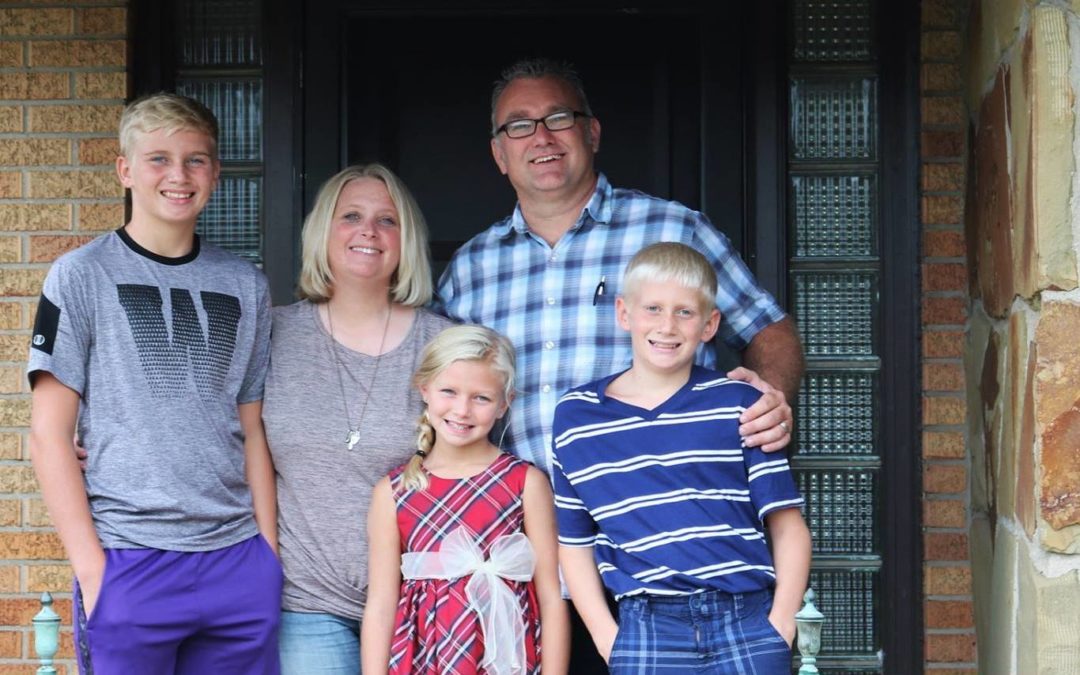 “You couldn’t even get yourself killed right.”

The weight of his guilt, shame and hopelessness was unbearable. Sitting in a holding cell, CJ couldn’t believe how he got there.

After stealing a car, he got in a high-speed chase with police and tried to commit suicide by cop. But instead of his life coming to an end that night in April 2004, it was this moment that CJ says his life truly began.

That’s because while in jail, he received a visit from an unexpected visitor who brought him a message of hope.

“There was this little old lady who used to babysit me. She was in her 90s by this point,” CJ said. “I always remember her as the crazy Jesus lady. She would read us Bible stories and stuff. I hadn’t seen her in 13 years.”

The woman told CJ that she had been praying for him for years. “The Lord is trying to get your attention,” she told CJ.

And for the first time in his life he knew it was true.

“The light went on and in that moment I believed God cared about me,” CJ said.

CJ had been to jail many times before and had his “foxhole prayer moments” where he would cry out to God to rescue him but wouldn’t commit to following Him. “I did that many times but nothing ever changed,” he said. “I was on the life sentence installment plan.”

But this time felt different. After his encounter with his former babysitter, CJ got back to his cell, got on his knees and began crying out to God. He opened his Bible and couldn’t stop reading.

He was growing in his faith. But after his release, he slipped up and ended up in prison again.

“I figured out God wasn’t playing games. I had God in my life but I needed to take Him seriously,” CJ said.

During his time behind bars, CJ got involved in studying the Bible through Crossroads Prison Ministries. The Bible lessons made Scripture come alive, and he grew more and more in his understanding of God’s Word.

The most meaningful part of Crossroads was the letters he received from his mentor. “I was wondering, ‘Who is this lady?’ She has such knowledge of the Word. She was so loving, so intentional in everything she wrote. She had a real way of showing mercy,” CJ said.

CJ’s Crossroads mentor would gently correct his unbiblical thinking and challenge him to live out his faith.

This time when CJ was released, he was fully committed to following Jesus. He met his wife, and they now have six children. He got involved in youth ministry and began preaching, teaching and counseling in his local church.

CJ recently helped launch Freedom House, a residential addiction recovery retreat center in Michigan. He is helping people who are in the same position he was in years ago.

“I have a heart for people who are struggling. God has been bringing people with addiction issues into my path. I know I am called to this ministry,” he said.

CJ will occasionally look back on his Crossroads materials and letters and remember God’s faithfulness to him while he was incarcerated.

“I still read the Crossroads stuff and talk to my kids about it. It helps their faith,” CJ said. “Now they have a heart for broken people, because they know their dad was rescued from a broken past.”

Crossroads mentors make a real difference in the lives of prisoners. Are you interested in offering hope and encouragement to men and women in prison? Find out more about becoming a Crossroads mentor.