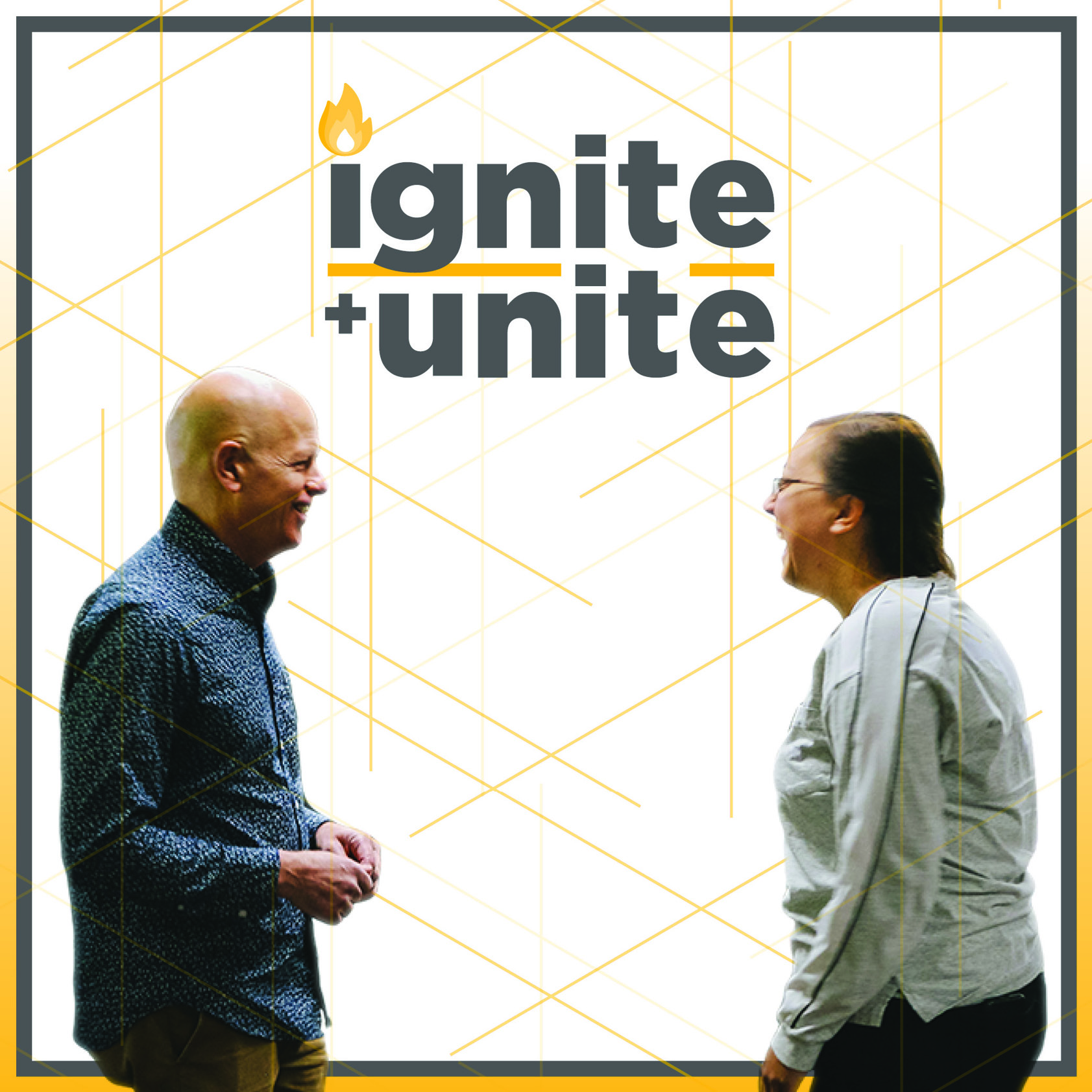 Crossroads Prison Ministries is excited to host the Ignite Unite Volunteer Summit! Prison ministry experts and thought leaders will share their knowledge and experience to more fully equip you to carry out your ministry. You will also enjoy an appreciation luncheon to thank you for your dedication and service. All Crossroads volunteers—including mentors and mission support volunteers—are encouraged to attend! Please register by Monday, April 6th.

Can’t make it to the event? You can watch the livestream on the Crossroads Facebook page! 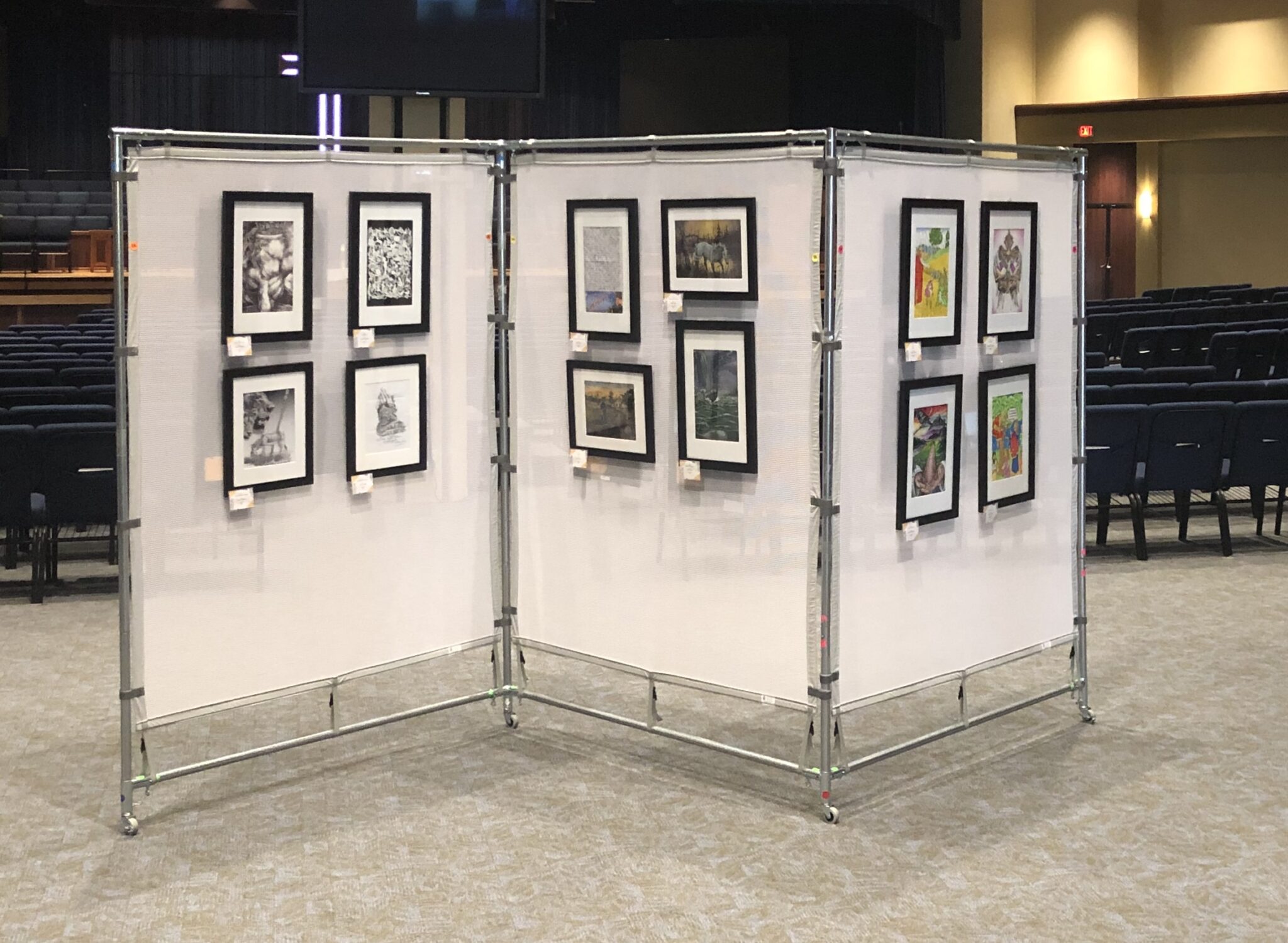 The Crossroads Prison Art Project gallery, featuring artwork created by Crossroads students, will be on display at the event center. Eliezer Yeong, coordinator of the project, will be available from 9:30 to 9:50 a.m. and from 2:30 to 3:00 p.m. to share stories about the art and answer questions.

Lisa Blystra is the president and CEO of Crossroads Prison Ministries. She has led Crossroads since 2015.

Previously, Lisa was a vice president at Prison Fellowship, serving as the director of church engagement and reentry. During her tenure at Prison Fellowship, she was instrumental in expanding the network of churches involved in prison ministry across the nation. Prior to that, she served as pastor of global and community partnerships at Ridge Point Community Church in Holland, Michigan, where she expanded 70×7 Life Recovery, a reentry program that connects men and women returning home to Christian mentors in their communities. This faith-based model has received state recognition for significantly reducing recidivism.

Lisa has a passion for the local church and believes it has the potential to make a huge impact on the lives of people in prison. Paul Tan is the director of Crossroads Singapore, established in 2009.

Paul was born in China to a family with nine children. After his second stint in prison, a friend shared the Gospel with him and it changed his life. He worked as a salesman for six years before entering the world of prison ministry in 1986. In 1995, he founded New Direction, a halfway house in Singapore for men and women released from prison. More than 2,000 men and women have benefitted from New Direction.

After the halfway house closed in 2006, Paul joined Crossroads Prison Ministries and helped launch extension centers in Singapore, India, Malaysia, the Philippines and Thailand. In addition to leading Crossroads Singapore, he also serves as a pastor. He is married with two daughters. 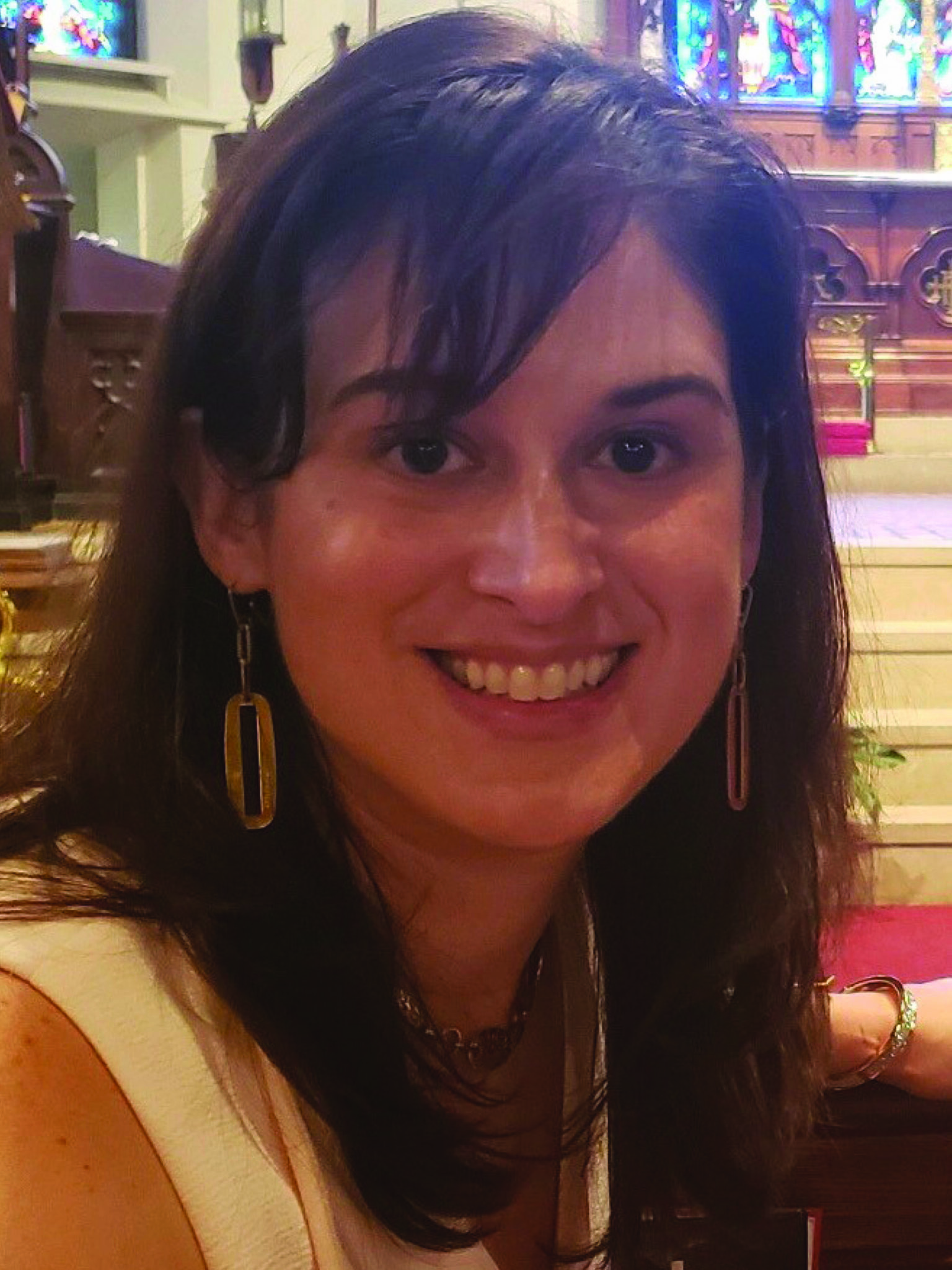 Rebecca Marchand grew up in West Michigan and began her training in psychology at Michigan State University. After earning her master’s degree and doctorate in clinical psychology from the Illinois School of Professional Psychology at Argosy University in Chicago, she completed her internship and postdoctoral training in Massachusetts.

Rebecca specializes in family and couples therapy. She has experience and training in several areas including play therapy, mood disorders, parental training, behavioral disorders, self-harming behaviors, trauma and child/adolescent therapy. She emphasizes safety and trust as being crucial for a healing environment. Rebecca believes fostering therapeutic relationships that allow individuals and families to live fulfilling and rewarding lives is her calling from God. 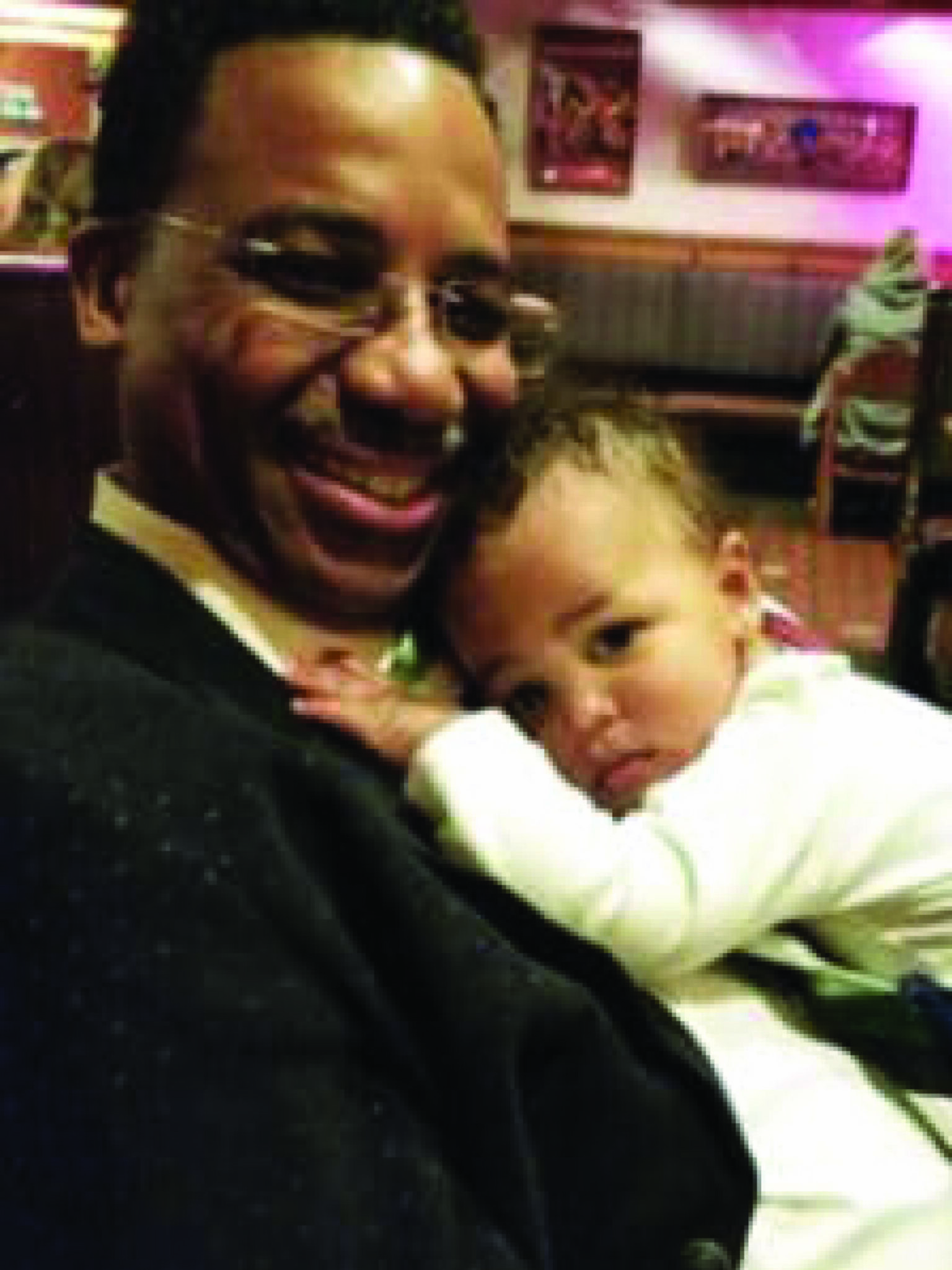 Onesiphorus Brian Burrel was born and raised in Muskegon, Michigan. He holds degrees in science and theology and spent twenty-three years as a chaplain for the Michigan Department of Corrections. He is a certified addictions counselor and therapist and an ordained elder in the Pentecostal Assemblies of the World. He sits on several boards and committees. 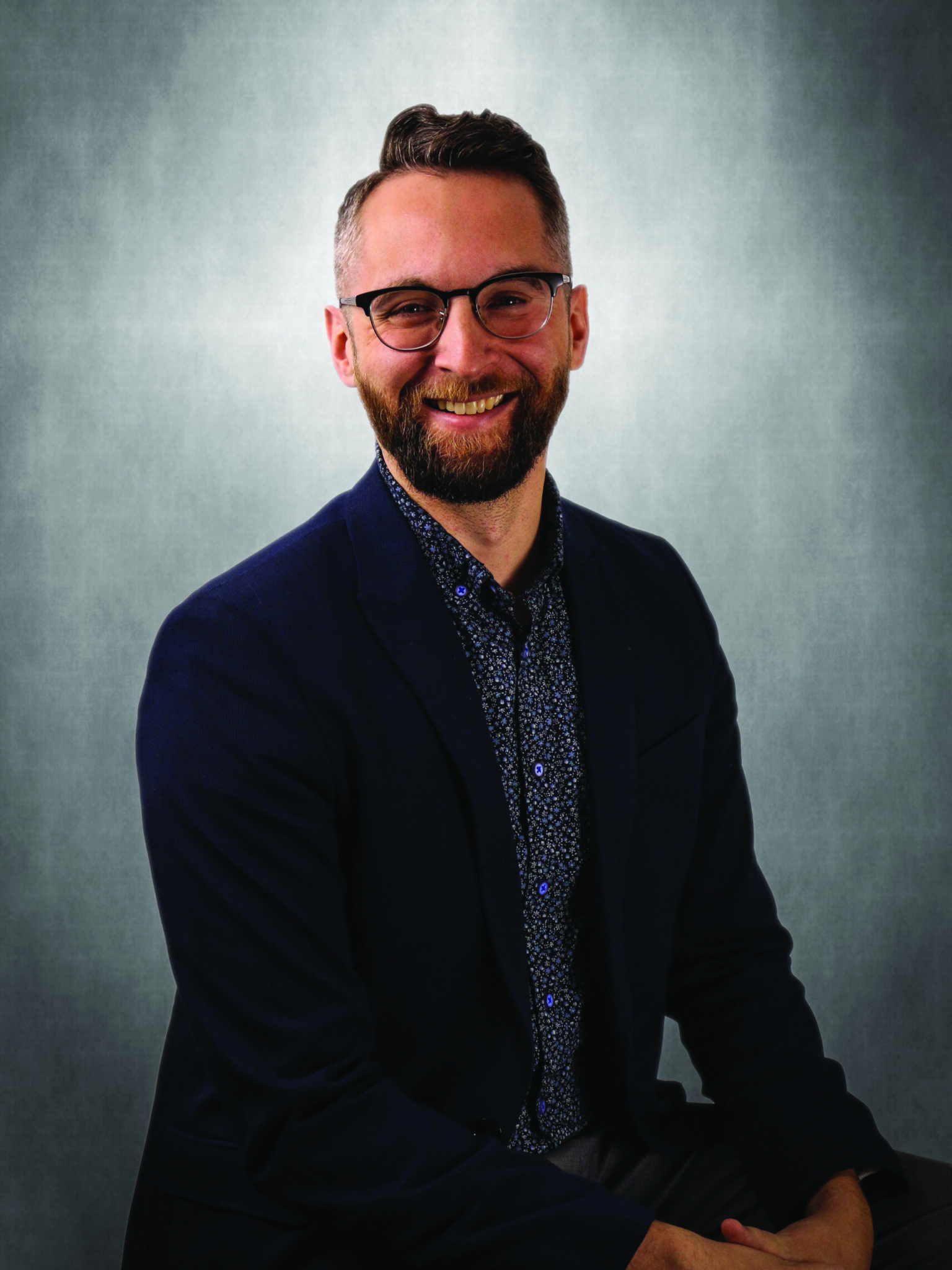 Aaron Mueller is the communications director at Crossroads Prison Ministries.

Before joining Crossroads, Aaron spent seven years as a reporter/editor/photographer/designer at several different newspapers in Michigan. A passionate storyteller, Aaron loves to tell the stories of men and women in prison through Crossroads. He leads the communications team, which produces newsletters, promotional materials, training documents and curriculum for the ministry. He is also a pastoral intern at his church. 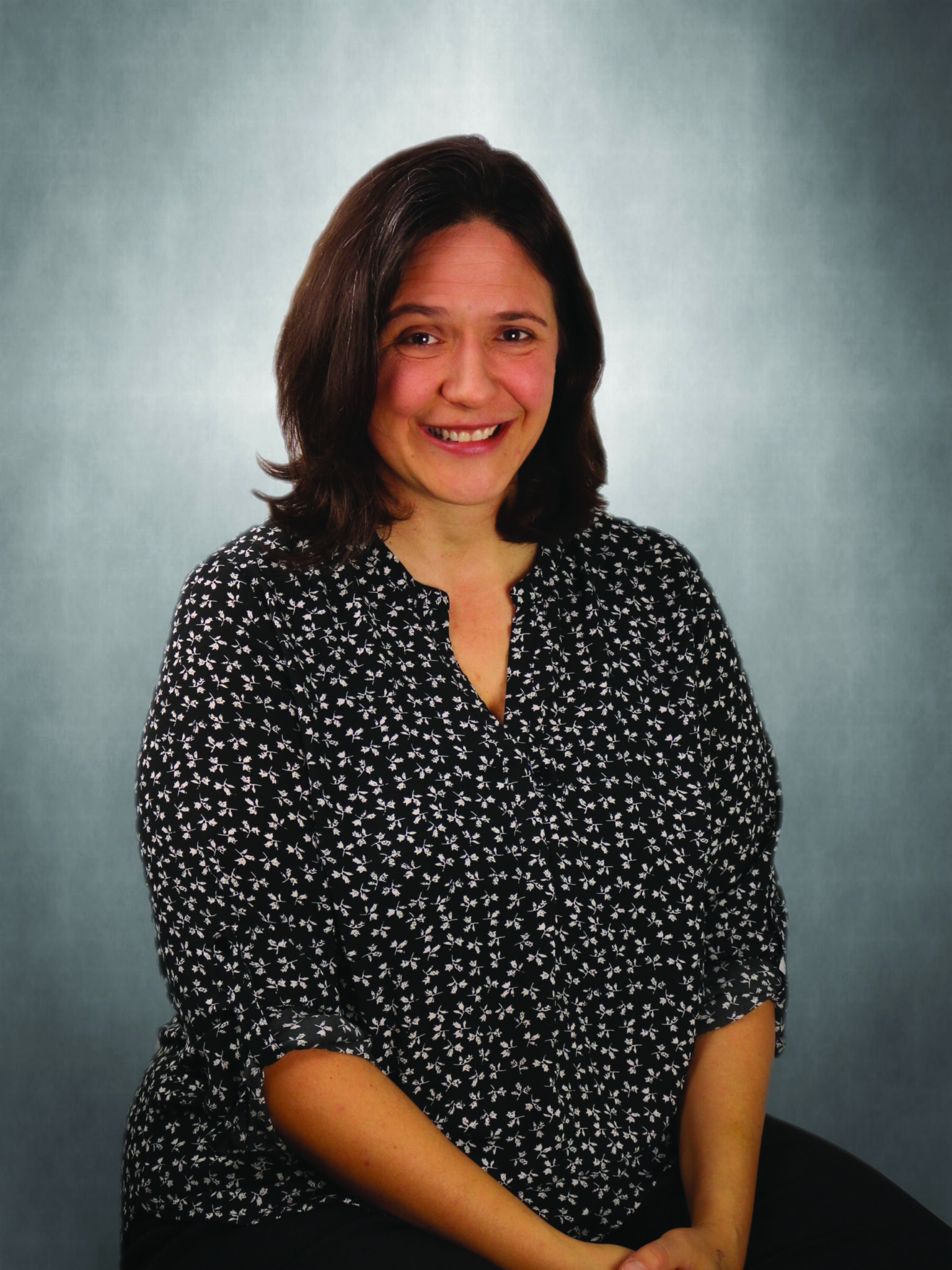 A Holland native and Hope College grad, Dara brings several years of nondenominational curriculum writing experience to Crossroads with a background steeped in the Reformed tradition. She has degrees from Wayne State Law and Western Theological Seminary. She has worked as an assistant prosecutor, has assisted in teaching Hebrew and is a writer by trade. She loves helping people have important conversations about God and life, and she enjoys using her skills and expertise to direct Crossroads’ curriculum. 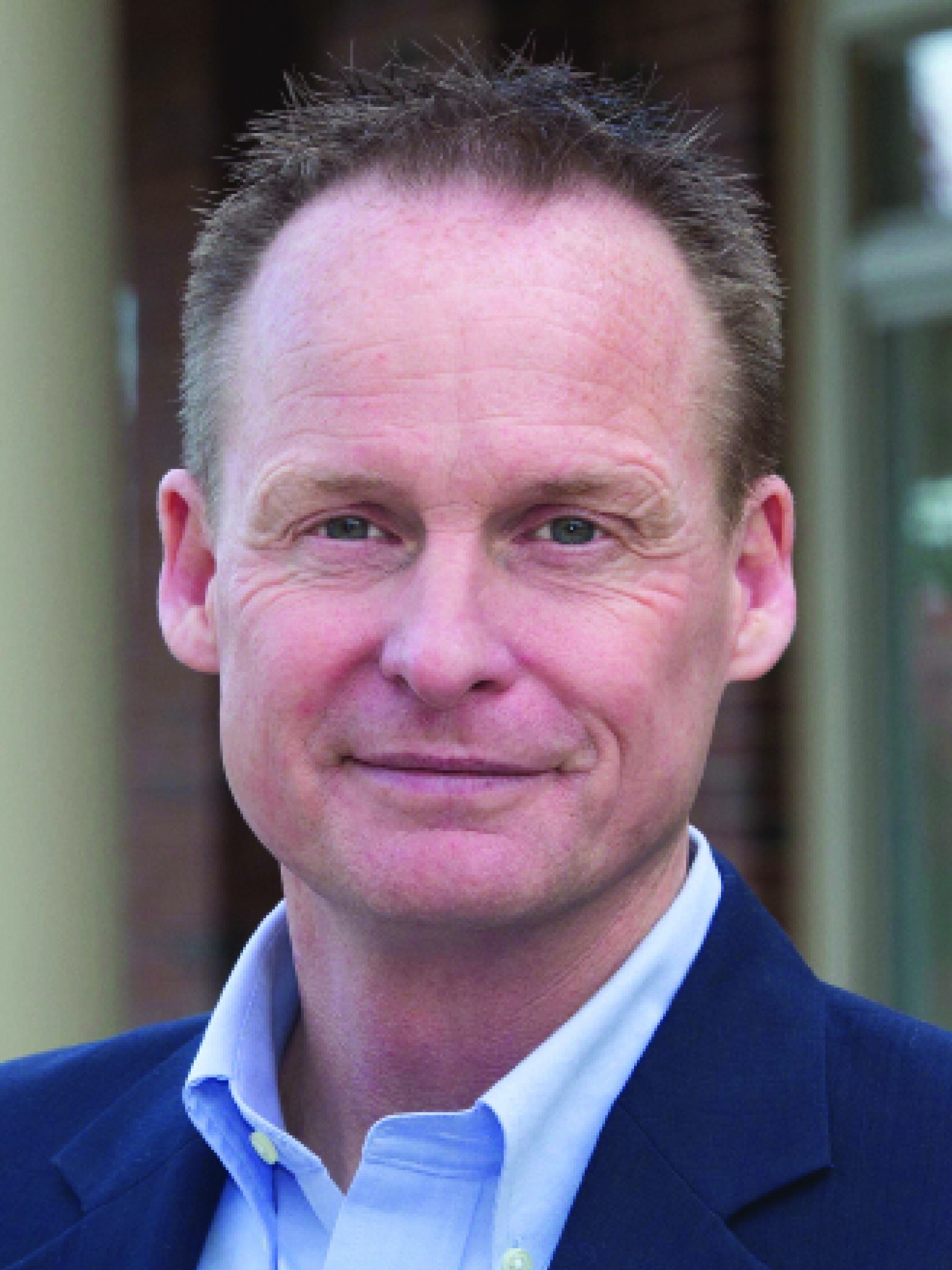 Jim Liske serves as the chairman of the board of Crossroads Prison Ministries.

Jim is the US director for Movement.org. Prior to that, he served as the lead pastor at Christ Memorial Church in Holland, Michigan. Jim served as president and CEO of Prison Fellowship Ministries from 2011–2015, speaking in cities and prisons throughout the country on behalf of those incarcerated. He also served on the Colson Congressional Task Force for Federal Prison Reform. Before leading Prison Fellowship Ministries, Jim was the senior pastor of Ridge Point Community Church in Holland from 2002–2011.

He has been both a presenter and a speaker at Movement Day in New York City, and he has written articles for The Huffington Post, U.S. News & World Report, USA Today, The Washington Times and Real Simple. 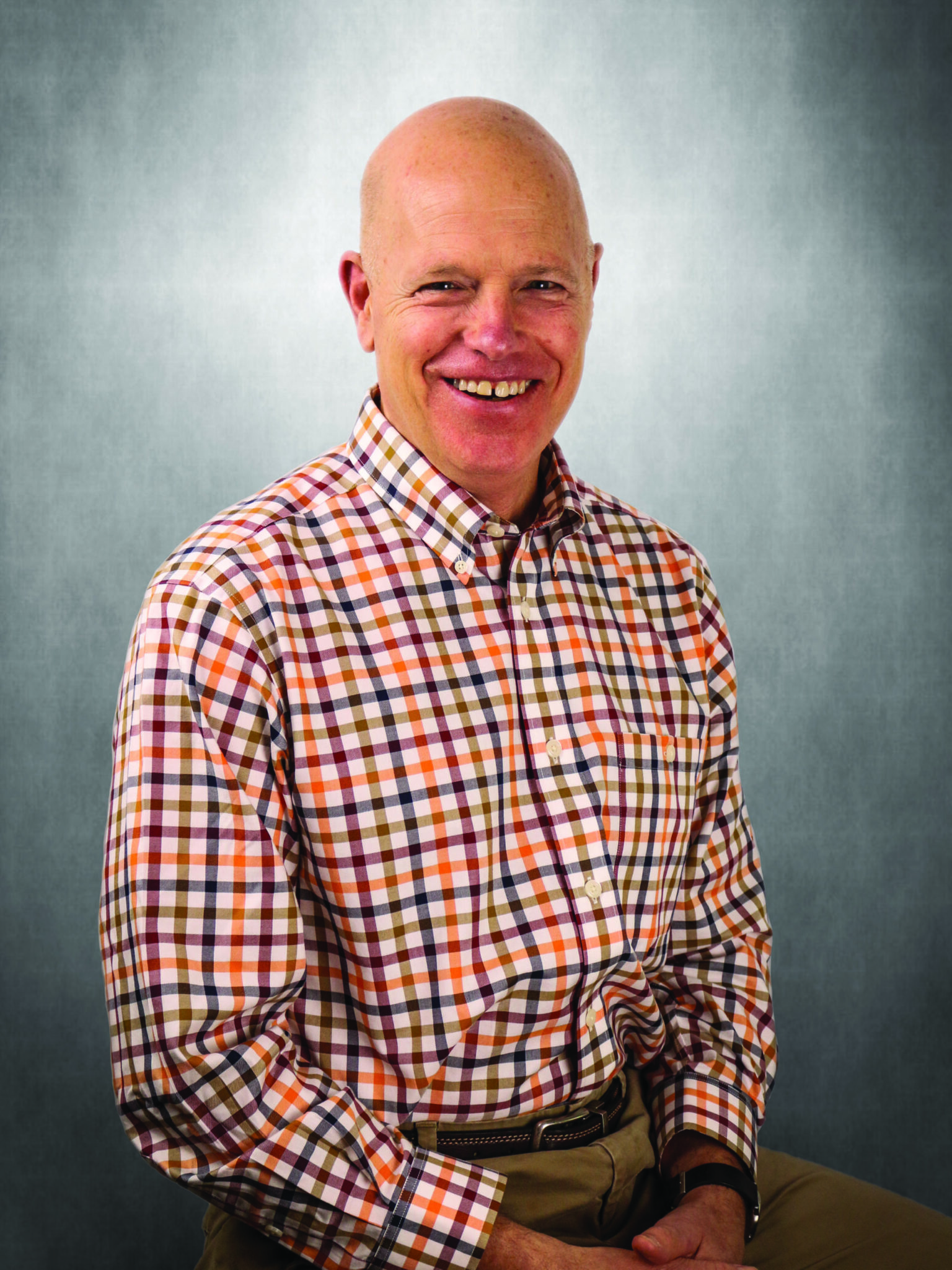 He joined the Crossroads team in 2017 after working for several years at Ridge Point Community Church as the local missions pastor and leader of the church’s jail ministry. He also spent several years at 70×7 Life Recovery, working with people returning to their communities after incarceration. Before that, he worked as a paramedic and registered nurse. As church mobilization director, Doug has a passion for engaging and equipping the Church to care for men and women in prison around the world. 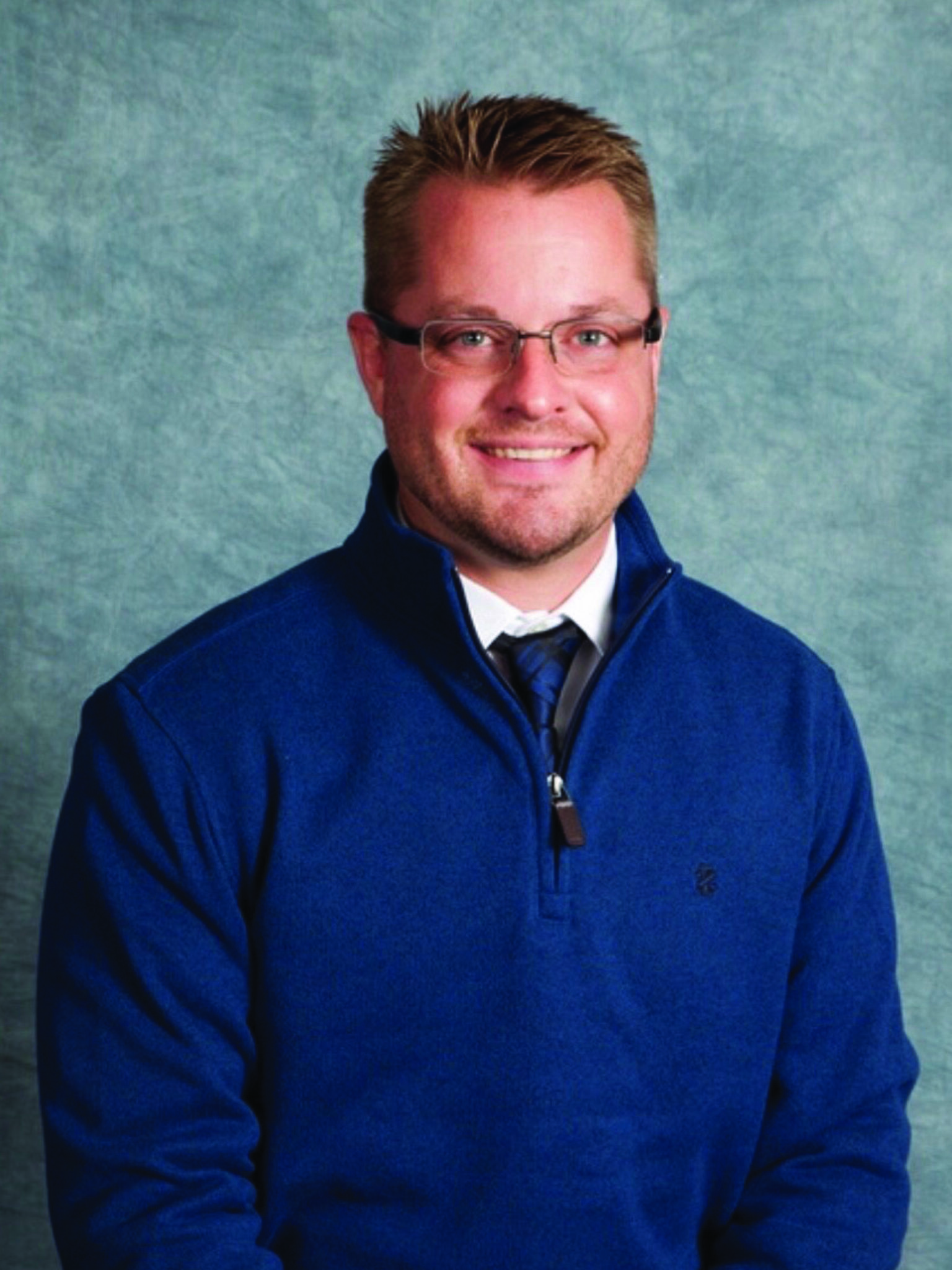 Shawn Birman holds a master of theology from Cypress Bible Institute as well an associate of arts and an associate of business administration from Jackson College—all earned during his eight-year incarceration from 2010 to 2018. Currently, he is a manager at the Flying J Travel Plaza in Grand Ledge, Michigan, and he serves as a lead vocalist on the worship team at West Highland Baptist Church in Milford, Michigan. Shawn will soon celebrate a huge milestone in his life when he marries his high school sweetheart, Lisa Stoltzfus, at his parents’ country-themed property in Charlotte, Michigan, on June 13, 2020. 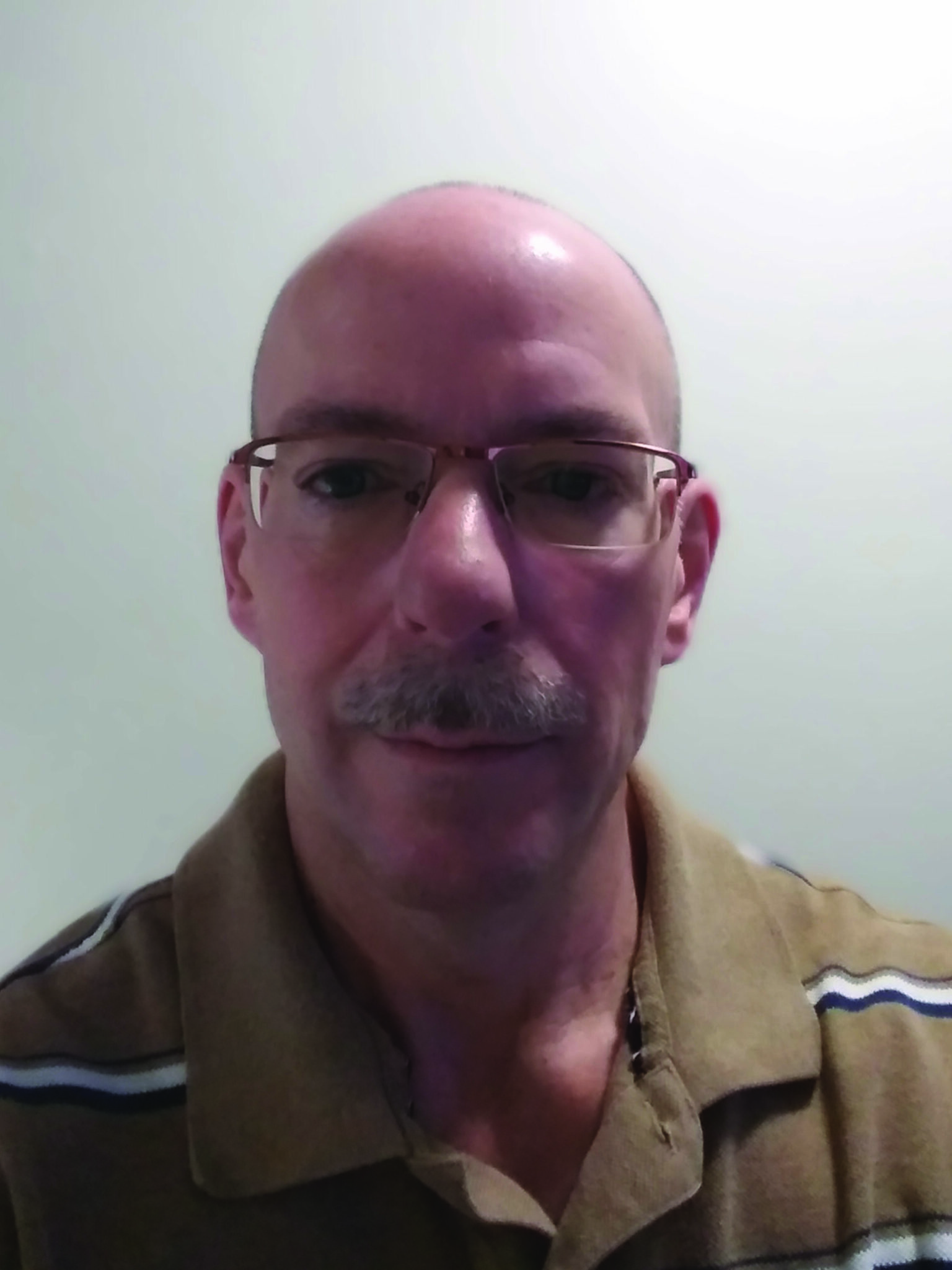 Kirby Pruyne was recently released from prison after serving twenty-seven and a half years for breaking and entering. Growing up in a violently abusive home severely distorted his self-image and led him down a destructive path. Alcohol ruled his life and stunted his emotional development.

During his incarceration, he found Jesus. Jesus’ unconditional love helped him understand his self-worth and deal with his emotional trauma. He has completely turned his life around and now lives his life to help others.

Reentry: The Yellow Ribbon Project – Paul Tan will speak about his work with a global model of reentry.

Risk Factors Surrounding Incarceration – Rebecca Marchand will speak about factors that often lead to a cycle of incarceration, such as childhood trauma and poverty.

A Chaplain’s View of Prison Culture – Onesiphorus Burrel, who worked as a prison chaplain for twenty-three years, will speak and answer questions about prison life and culture.